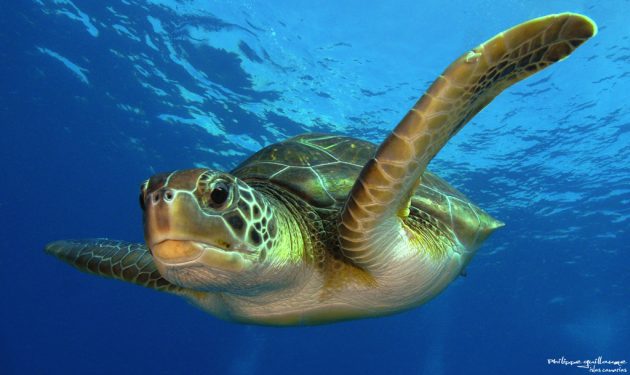 According to a new study, eating sea turtle eggs increases the health risk of heavy metal exposure in local communities in Panama and may provide a new strategy for conservation.

Researchers from the Smithsonian Tropical Research Institute in Panama and McGill University collected eggs from green sea turtles (Chelonia mydas) and olive ridley turtles (Lepidochelys olivacea) from the Pacific coast of Panama, and measured the heavy metal amounts—known to cause adverse health effects in humans—the eggs contained. The study was published in June in the Journal of Environmental Science and Health.

They found the eggs contained elevated levels of a number of heavy metals, particularly cadmium at a level that could be toxic to young children who eat 20 eggs per week or more. That consumption figure may sound high, but during egg laying season, when the turtle eggs are an easy source of protein, it is consistent with the eating habits in isolated coastal communities.

Throughout the year, thousands of female sea turtles crawl onto beaches on both sides of the Isthmus of Panama (Pacific and Caribbean) and lay eggs in the sand. The eggs are easily dug up, collected, eaten or sold by locals. Because one nest can contain as many as 100 eggs, families living near laying beaches with no refrigeration can easily exceed the safe weekly consumption of a few eggs per individual per day.

“When you are in these local communities along the coast, when it’s the season, the people eat them all the time,” says Hector M. Guzman, a marine biologist at the Tropical Research Institute. “You can buy a dozen right on the street everywhere in the countryside, and there are plenty in the market. Kids and pregnant women eat them, and people put them in their drinks at bars.” 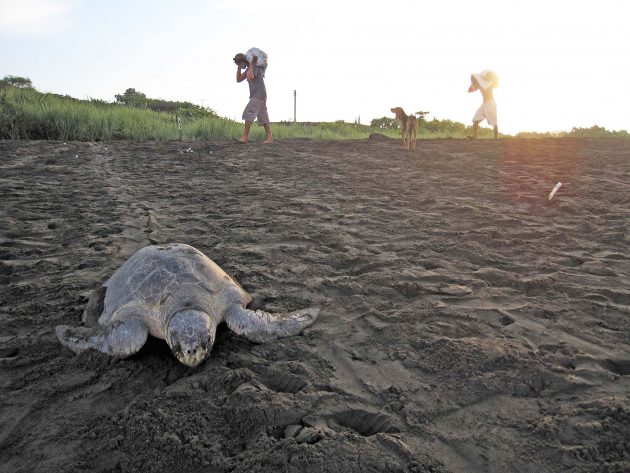 The most damaging effects of eating so many eggs may be cumulative, Guzman explains. “It might not be that something is going to happen in one or two weeks, or in one season,” he adds. “But if you do that every year of your life, you are bio-accumulating these metals into your tissues.”

Heavy metals tend to stay in a person’s body, accumulating in fatty tissues over a lifetime. Heavy metals consumed in turtle eggs are added to the normal daily intake of these toxins from fish, seafood and other environmental sources. Sea turtle eggs may contribute a significant amount of these toxins. In the case of cadmium, average consumption rates can account for more than 30 percent of safe intake levels set by the World Health Organization, especially in young people from the age of five through young adulthood

Long-term exposure to cadmium can cause kidney and skeletal problems in humans. The researchers also found elevated levels of mercury, arsenic, manganese, iron, copper and zinc in the turtle eggs. The effects of these heavy metals on humans range from neurological damage, reproductive health problems and various forms of cancer.

The effect of these toxins on the turtles remains unknown, although it is presumed to be just as detrimental. The presence of toxins in the marine environment has grown dramatically in recent decades from mining runoff, industrial emissions and batteries and paints. Sea turtles the world over have been found to have elevated levels of heavy metals in their bodies, which could be having a negative impact on their health and reproductive rates. 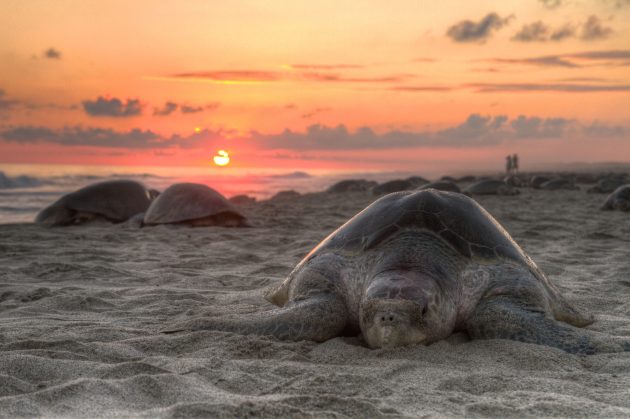 A more immediate threat to the turtles, however, comes from direct human activity such as hunting, entanglement in fishing gear and the raiding of sea turtle nests.

Although collecting turtle eggs is mostly prohibited throughout the tropical eastern Pacific, including Panama, poaching is rampant and contributes to the dwindling numbers of many sea turtle species. According to the International Union for Conservation of Nature, olive ridley turtles are listed as vulnerable and green turtles as endangered.

Conservation efforts have increased awareness of the problem, but among rural coastal communities, these campaigns have made limited progress. “Back in the ’70s, when I was a student in Costa Rica, the practice of conservation campaigns was to produce coloring books to teach the kids to conserve, or to teach about beautiful turtles in danger,” Guzman says. “Now, four decades later and after a huge international effort, honestly, I don’t think we have succeeded in protecting the turtles.”

He hopes this study will open a dialogue about public health that might be more effective at conserving sea turtles by reducing demand for their eggs. “We need more data of course; this is just preliminary while we continue working in the Caribbean, but it is suggesting that we should be careful about eating the eggs,” he says. “I am a scientist, not a conservationist, but to me, it says talking about public health might be an ideal approach to the conservation of sea turtles.”