Could the universe’s earliest stars have formed planets, and if so, what might they have looked like? That was the question Harvard-Smithsonian Center for Astrophysics astronomer Avi Loeb posed to his graduate student Natalie Mashian, since it has been long assumed that planets were rather sparse within the first hundred million years after the Big Bang.

Her answer: sure, planets could probably have formed around those ancient stars, but they likely didn’t look much like the ones in the universe today. For starters, the smaller rocky worlds might have even been composed of compacted carbon. Just imagine hiking across a plain studded with diamonds. 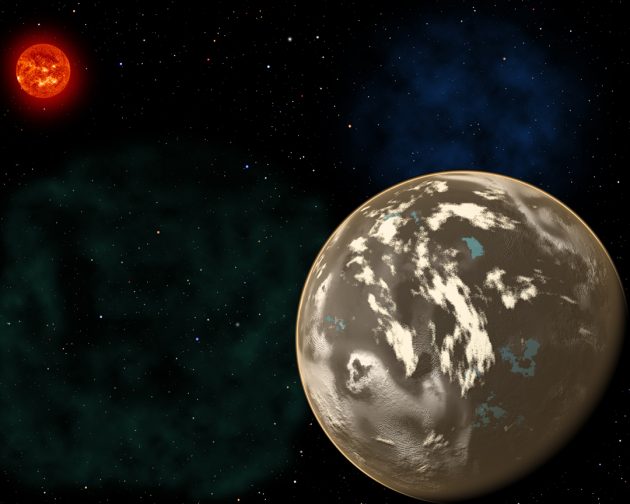 “I’m very interested in the question of when life may have started in the universe,” Loeb says. Loeb, who also chairs the Department of Astronomy at Harvard University, says this led Mashian and he to begin questioning when the earliest stars in the cosmos began spinning off the necessary elements to create planets, and therefore establish the chance for life to take hold.

In the 15 million years after the Big Bang, the rapidly expanding universe was far too hot for any kind of planets to form, let alone living critters. But around the 100 million year mark, some of the first stars had already reached the ends of their lives, exploding as supernovae that would go on to seed their neighborhoods with the heavier elements required to build the next generation of stars and their orbiting bodies.

It would take one or two more stellar cycles for there to be enough raw material to form systems with rocky worlds like Earth, but in those earliest days, carbon was an abundant byproduct, Loeb and Mashian say.

Together, the two charted out a way to possibly look for these early planets: by focusing the search around so-called “carbon enhanced metal poor” stars, or CEMPs, which developed in the earliest eras of star formation. The handful of CEMPs Loeb and Mashian analyzed are old stars located in the outer halo of our Milky Way galaxy. These stars are anemic, lacking the relatively abundant iron found in stars of later generations.

Loeb and Mashian argue that the earliest planets still could have formed in the same way they’re known to evolve today, but instead of the iron and silicate cores like Earth other inner solar system planets contain, planets around anemic CEMPs would have had hearts and skins of carbon. Squeezed enough, the surfaces of these planets might even have had glittering diamond crusts.

His earlier work on the formation of water in the early universe suggests that enough water could have already existed to cover these ancient worlds in oceans.

Loeb and Mashian also calculated the most likely regions near to CEMPs where such worlds might be likely to form—not so close to the parent star that planet-forming dust granules would have been obliterated by stellar radiation, and not so distant, lest the same dust dissipate or be reabsorbed by the host star before planet formation could take place.

By targeting the calculated planetary zones of CEMP stars in the outer galaxy, future observers can watch for evidence of planetary transits, primarily by monitoring any dimming of the star’s brightness.

“We identified the closest and farthest regions planets can form and the estimated probability the planet might be expected to transit,” Loeb says. “We focused on rocky planets, but in principle, even gas giants like Jupiter can form. They’d be easier to detect and may exist as well.”

Planet hunters in general have had a busy couple of years, and including CEMP stars would give searchers new regions to explore to find formerly unlikely worlds. Including candidates located by NASA’s Kepler surveying mission, just over 5,400 planets outside of our solar system are already on the books, with new ones being discovered almost weekly.

Best yet to come

On the possible diamond worlds, Loeb said he can imagine a wide variety of life existing there.

“It wouldn’t be like on Earth, but because it’s carbon-based, I can imagine either animals or primitive life thriving in that environment,” Loeb says. “But there’s no way to imagine probing planets like these at great cosmological distances so we must find them in the back yard of the Milky Way.”

Loeb also noted he believes that life in the cosmos can only grow from here. The future universe will contain mostly low-mass stars, which can exist more than a thousand times the lifespan of our own 4.6 billion-year-old sun. Given those time scales, life will have much longer to evolve and survive.

“It could be that the best is ahead for life in the universe,” Loeb adds.