Astronomers using NASA’s Kepler mission have detected two Earth-sized planets orbiting a distant star. This discovery marks a milestone in the hunt for alien worlds, since it brings scientists one step closer to their ultimate goal of finding a twin Earth.

“The goal of Kepler is to find Earth-sized planets in the habitable zone. Proving the existence of Earth-sized exoplanets is a major step toward achieving that goal,” said Francois Fressin of the Harvard-Smithsonian Center for Astrophysics. 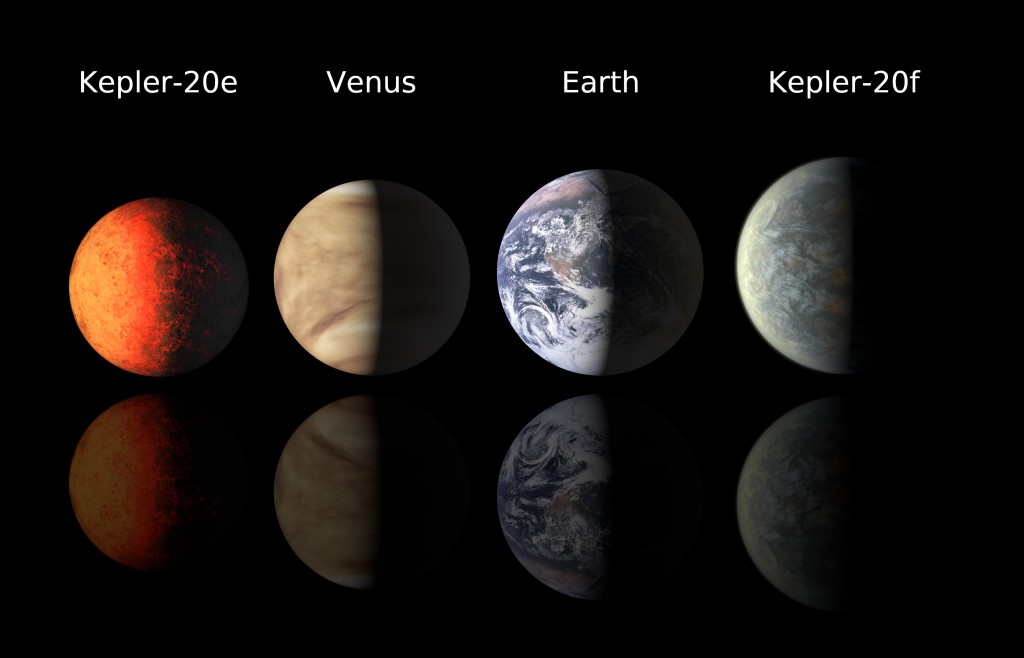 The paper describing the finding will be published in the journal Nature.

The two planets, dubbed Kepler-20e and 20f, are the smallest planets found to date. They have diameters of 6,900 miles and 8,200 miles – equivalent to 0.87 times Earth (slightly smaller than Venus) and 1.03 times Earth. These worlds are expected to have rocky compositions, so their masses should be less than 1.7 and 3 times Earth’s. 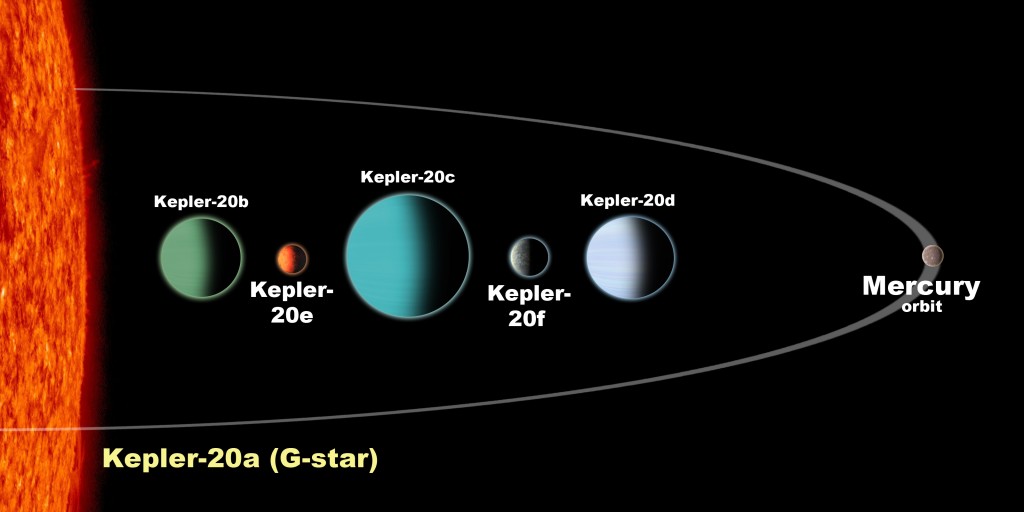 Both worlds circle Kepler-20: a G-type star slightly cooler than the Sun and located 950 light-years from Earth. (It would take the space shuttle 36 million years to travel to Kepler-20.)

In addition to the two Earth-sized worlds, the Kepler-20 system contains three larger planets. All five have orbits closer than Mercury in our solar system. 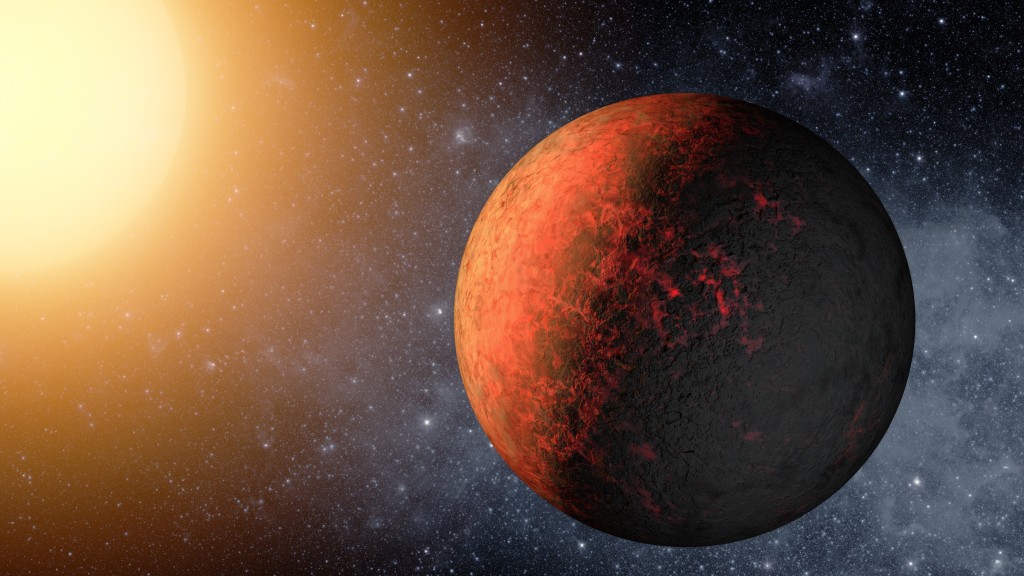 Kepler-20e is the smallest planet found to date orbiting a Sun-like star. It circles its star every 6.1 days at a distance of 4.7 million miles. At that distance, its temperature is expected to be about 1,400 degrees F. This is an artist’s rendering. (Credit: NASA/JPL-Caltech/T. Pyle)

“We were surprised to find this system of flip-flopping planets,” said co-author David Charbonneau of the Harvard-Smithsonian Center for Astrophysics. “It’s very different than our solar system.”

The planets of Kepler-20 could not have formed in their current locations. Instead, they must have formed farther from their star and then migrated inward, probably through interactions with the disk of material from which they all formed. This allowed the worlds to maintain their regular spacing despite alternating sizes.

Confirming tiny worlds
Kepler identifies “objects of interest” by looking for stars that dim slightly, which can occur when a planet crosses the star’s face. To confirm a transiting planet, astronomers look for the star to wobble as it is gravitationally tugged by its orbiting companion (a method known as radial velocity).

The radial velocity signal for planets weighing one to a few Earth masses is too small to detect with current technology. Therefore, other techniques must be used to validate that an object of interest is truly a planet.

A variety of situations could mimic the dimming from a transiting planet. For example, an eclipsing binary-star system whose light blends with the star Kepler-20 would create a similar signal. To rule out such imposters, the team simulated millions of possible scenarios with Blender – custom software developed by Fressin and Guillermo Torres of CfA. They concluded that the odds are strongly in favor of Kepler-20e and 20f being planets.

Fressin and Torres also used Blender to confirm the existence of Kepler-22b, a planet in the habitable zone of its star that was announced by NASA earlier this month. However, that world was much larger than Earth.

“These new planets are significantly smaller than any planet found up till now orbiting a Sun-like star,” added Fressin.