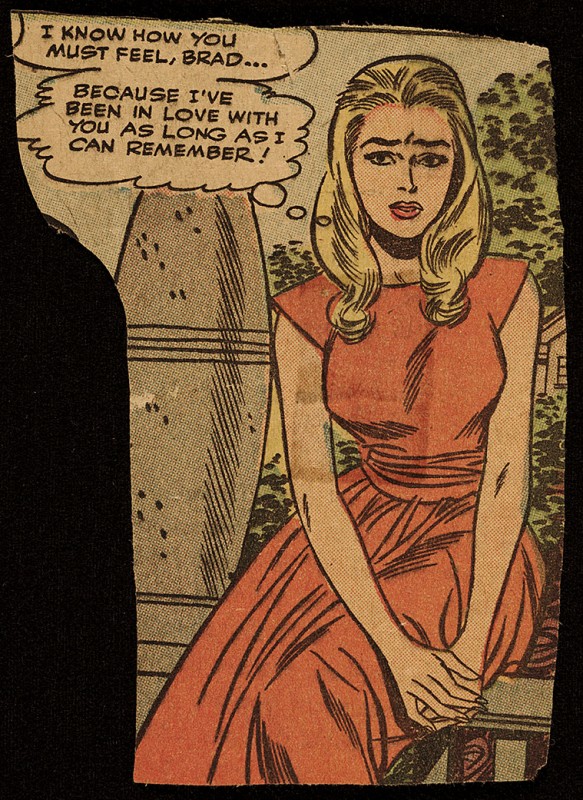 This document is in the “Finding: Source Material” exhibition from the Smithsonian’s Archives of American Art. Artist Roy Lichtenstein (1923–1997) included it in a letter he wrote in April 1963 to curator Ellen H. Johnson. In the letter, Lichtenstein informed Johnson of his completion of two paintings she had seen on a visit to his studio: “I Know How You Must Feel, Brad…” and “Girl at the Piano” and he included the original source material—two clippings from newspaper comics.

Lichtenstein is one of several artists featured in “Finding: Source Material in the Archives of American Art” who collected, organized and transformed a wide variety of source materials as part of their creative process: comic-strip panels, newspaper clippings and snapshots of mundane scenes. These source materials provide a glimpse into the twists and turns of their creative practices.

The exhibition will be on view at the Lawrence A. Fleischman Gallery at the Smithsonian’s Donald W. Reynolds Center for American Art and Portraiture April 22–Aug. 21, 2016.