Washington, D.C.’s Cherry Trees are Very Good at Planning for the Future 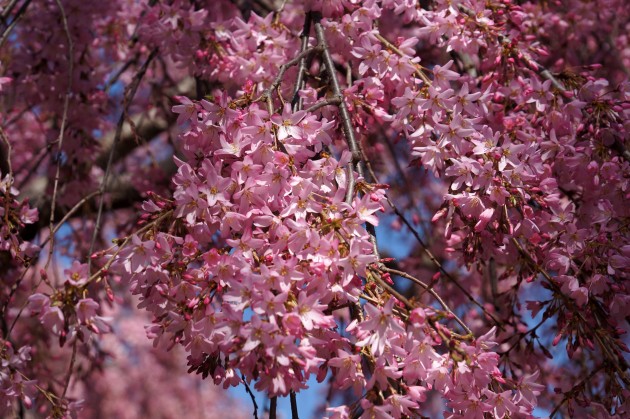 No one can exactly predict when the blossoming cherry trees will reach their peak, since it is all driven by the weather. (Photo by John Gibbons)

On March 26, 1912, a donation from Japan arrived in Washington, D.C.―3,020 ornamental cherry trees, sparking one of the biggest springtime annual attractions in the capital city: the viewing of the cherry blossoms. But planning to see them can be tricky, since the peak blooming time is completely driven by the weather, and can change from year to year.

However, according to Greg Huse, an arborist with Smithsonian Gardens, the blossoms are on the trees almost the entire year. “The blooms that people come to see each spring were actually created almost a year earlier. In the late summer and early fall, the tree begins to release a protein called an FT protein, which triggers the tree to start forming new flower buds for the following year. The buds are fully formed by the time the tree goes dormant in the winter.” 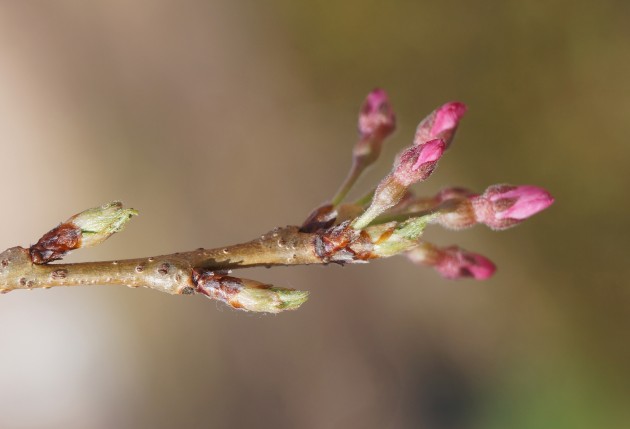 Once there is a sustained warming trend in spring, it triggers the cherry trees release their buds from the protective scales and begin to blossom. (Photo by John Gibbons)

So why can’t we see the newly formed flowers and how are they not killed by cold winter temperatures? Huse has the answer.

“The tree’s flowers for the following year develop inside the protection of bud scales, which are like the tree’s armor for the tender flowers underneath. This envelope of thicker material keeps the delicate buds safe from winter’s ice and snow. If we had a sustained cold snap of -20 or -30 degrees, that may cause some die-back, but that’s unlikely in most places where ornamental cherry trees are planted.” 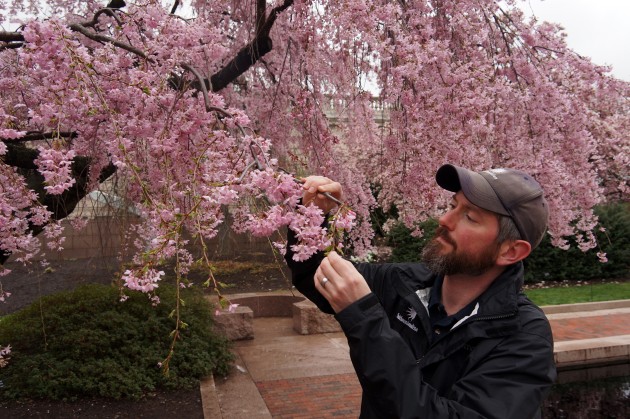 So, after spending its summer and fall making hundreds, if not thousands of buds, and then taking a long winter’s nap, who wakes the tree up and tells it it’s showtime? Mother Nature, of course!

“The signal the trees are looking for is the same one we’re all looking for after winter―warm days,” Huse says. “While there isn’t a magic number of days, the trees are triggered by a sustained warming trend. That’s why you cannot really predict when they’ll definitely bloom. Sometimes that warming trend comes in March; sometimes it waits until April. The only danger with the trees blooming early is the chance of an early spring frost, which can kill the blossoms.” 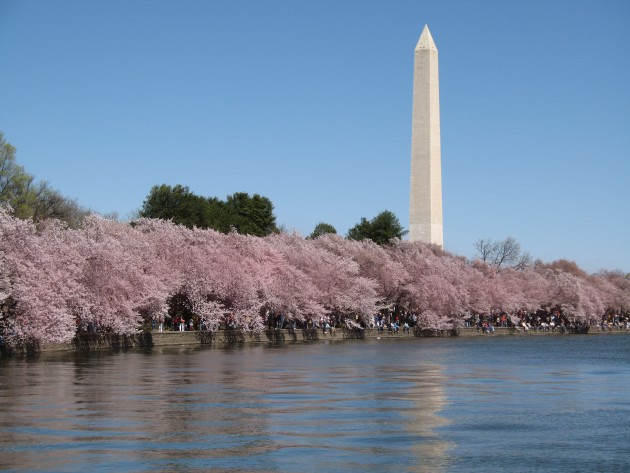 The Tidal Basin in Washington, D.C. surrounded by flowering cherry trees at their peak. (Photo by Leosmedley)

If a frost does kill the blossoms once they’ve opened, admirers lose their chance to see the beautiful blooms and will have to come back next year. The trees, however, will only have to wait a couple of months before they have buds again.

* All that selective breeding and genetic manipulation comes at a price: in the world of trees, ornamental cherry trees have a relatively short life span of 20 to 30 years, although there have been exceptions that lived past 50.

* Like many ornamental trees, a flowering cherry is not the single tree it appears to be. The genetic manipulation it takes to create its beauty also makes it less hardy and susceptible to disease. So the trunk of the ornamental tree is grafted (attached) to the root stock from a healthier type of tree, thereby making the ornamental part stronger.

* The crowns of weeping cherry trees are actually grafted upside down to the trunk of a healthier specimen. So, while the tree thinks its branches are growing upward as they normally would, they actually grow down, giving the tree its weeping appearance. 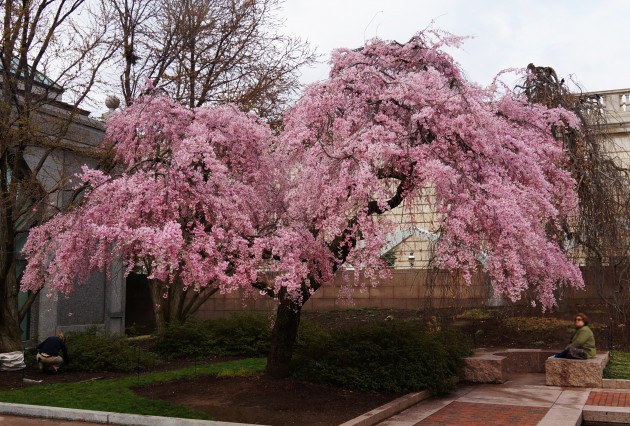 * The 1912 donation of cherry trees from Japan to the U.S. was actually a second attempt. Japan’s original donation of 2,000 cherry trees arrived in Washington on January 6, 1910. But they were found to be diseased and infested with insects. To protect American growers, the trees were burned.

* Japanese poets and artists have long associated cherry blossoms with the transience and shortness of life. This is an animated version of “Cherry Blossom Flurry at Kambayashi Hot Spring” by Kasamatsu Shiro.