As mangrove trees lose ground to deforestation and urban sprawl, one development seems to be giving them a boost: climate change. Fewer winter cold snaps have enabled them to conquer new territory around their northern Florida boundary, according to a study of 28 years of satellite data from the Smithsonian Environmental Research Center and the University of Maryland published Dec. 30 in the Proceedings of the National Academy of Sciences. 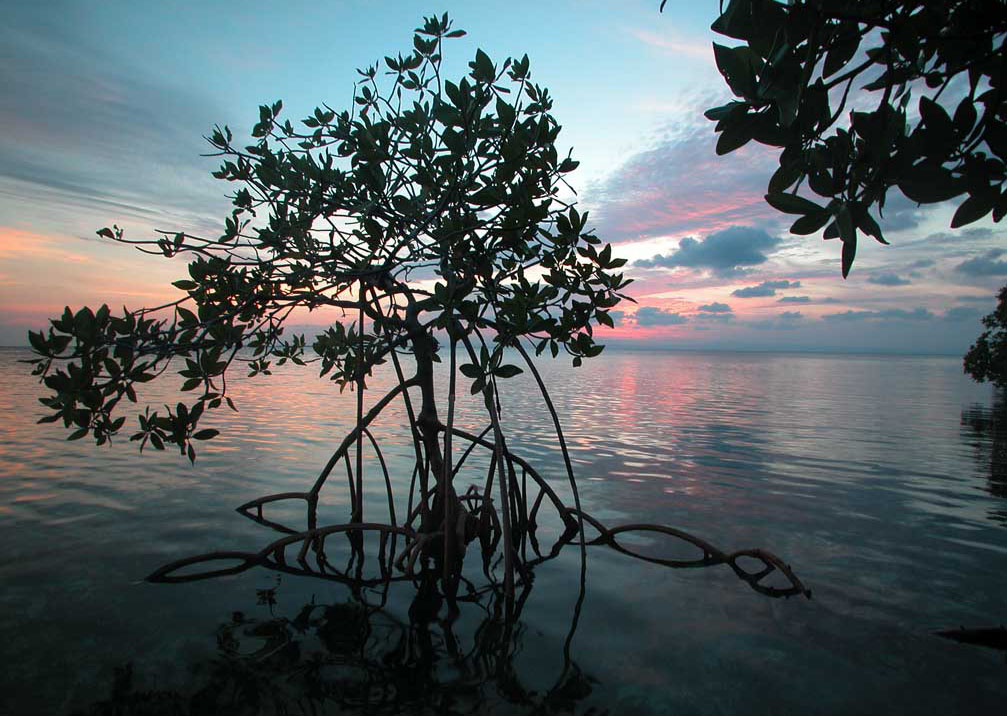 Image right: Cold temperatures usually restrict mangroves to the tropics and subtropics, but a warming climate is causing them to creep northward. (Smithsonian Institution photo)

An estimated 35 percent of the world’s mangroves have been destroyed since 1980, according to previous research, outstripping tropical rainforests and coral reefs. They are also some of the planet’s most valuable ecosystems. Mangroves protect coastal cities from floods and hurricanes. Their above-ground roots shelter many commercially valuable fisheries, including blue crabs, shrimp and lobsters. And they are phenomenal at burying carbon. The soils of coastal ecosystems like mangroves can store carbon at a rate 50 times higher than tropical rainforests. Scientists have estimated their total ecosystem services value more than $1.6 trillion a year—making the expansion a possible blessing.

“Some people may say this is a good thing, because of the tremendous threats that mangroves face,” said the study’s lead author, Kyle Cavanaugh, a postdoctoral research fellow at the Smithsonian Environmental Research Center in Edgewater, Md. “But this is not taking place in a vacuum. The mangroves are replacing salt marshes, which have important ecosystem functions and food webs of their own.” 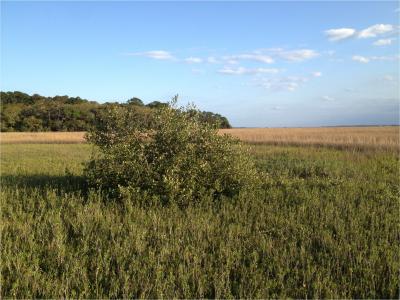 The study tracked the expansion of mangroves in Florida using 28 years of satellite imagery. The northern edge of their range sits at 30 degrees north latitude, just north of St. Augustine. The research team analyzed satellite data from 1984 to 2011 showing where Florida’s mangrove territory shrank or grew, from St. Augustine in the north to Miami’s Biscayne Bay in the south. Then they compared that data with temperature recordings at eight coastal weather stations along Florida’s eastern shore.

Between 1984 and 2011, the Florida Atlantic coast gained more than 3,000 acres (1,240 hectares) of mangroves. All the increase occurred north of Palm Beach County. Between Cape Canaveral National Seashore and St. Augustine, the northernmost part of their territory, the mangroves’ area doubled.

The key difference was not warmer average temperatures, but a decrease in extreme cold events, when the temperature dropped below -4 degrees C (28.4 degrees F). Traditionally, hard freezes have held mangroves in check. But in the north, cold snaps are becoming less frequent. Between the study’s first five years and its last five years, northern Daytona Beach recorded 1.4 fewer days per year when temperatures fell below -4 degrees C. Meanwhile the number of killing frosts in southern Florida was unchanged.

Much of the newly conquered territory is covered with salt marshes, which thrive in more temperate climates. Like mangroves, salt marshes buffer floods, store atmospheric carbon and provide crucial habitat for wildlife. But not all animals can survive in both types of habitat. If mangroves were to take over the salt marshes, the authors say it is unclear what that would mean for the rest of life in the ecosystem.

“This is what we would expect to see happening with climate change, one ecosystem replacing another,” said Dan Gruner, a co-author from the University of Maryland at College Park. “But at this point we don’t have enough information to predict what the long-term consequences will be.”