A joint research initiative carried out by scientists from the Smithsonian Institution, Saint Louis University and the Universidad de Los Andes in Venezuela, has resulted in the discovery of an exciting new species from the daisy family. Two expeditions in the paramos high up in the Venezuelan Andes were crowned by the discovery of the beautiful and extraordinary, Coespeletia palustris. The study was published in the open access journal Phytokeys. 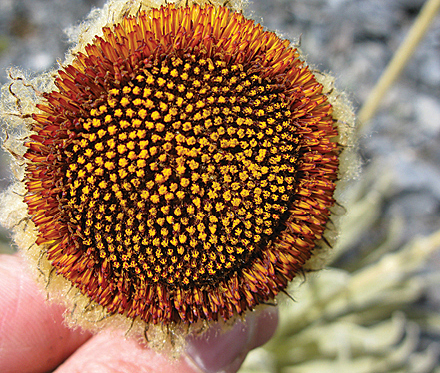 The species of the genus Coespeletia are typical for high elevations and six of seven described species in total are endemic to the heights of the Venezuelan Andes; the 7th species comes from northern Colombia, but needs further revision according to the authors of the study. Most of the species are restricted to very high elevations, in a range between 3800–4800 meters. The specifics of such habitat are believed to be the reason behind the peculiar and unrepeated pollen characteristics of the genus. This new species Coespeletia palustris, is found in a few marshy areas of the paramo, and is endemic to the Venezuelan Andes. Páramo can refer to a variety of alpine tundra ecosystems, and is often described with its geographical confinements in the Andes. The páramo is the ecosystem of the regions above the continuous forest line, yet below the permanent snowline. 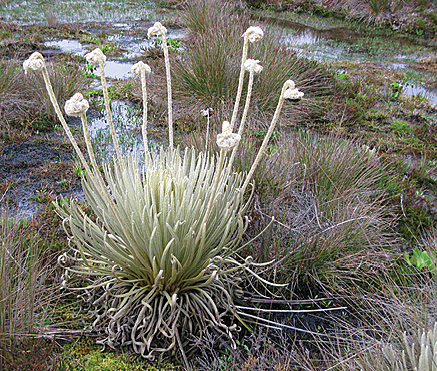 “Even after decades of studies and collections in the paramos, numerous localities remain unstudied,” explains Mauricio Diazgranados of the Department of Botany at the Smithsonian’s National Museum of Natural History in Washington, D.C. “The new species described in this paper is called “palustris” because of the marshy habitat in which it grows. High elevation marshes and wetlands are among the ecosystems which are most impacted by climate change. Therefore this species may be at a certain risk of extinction as well.”