There is little doubt that human activity is affecting planet Earth, but just how much? And is it all negative? Rick Potts is the director of the Human Origins Program and curator of anthropology at the National Museum of Natural History. In his nearly 30 years at the Smithsonian, Potts has studied the relationship between environmental change and human adaptation, leading excavations in the East African Rift Valley. In the interview below, Potts explores the human period of Earth’s history, the Anthropocene, and what it means for the future by looking far into the past. 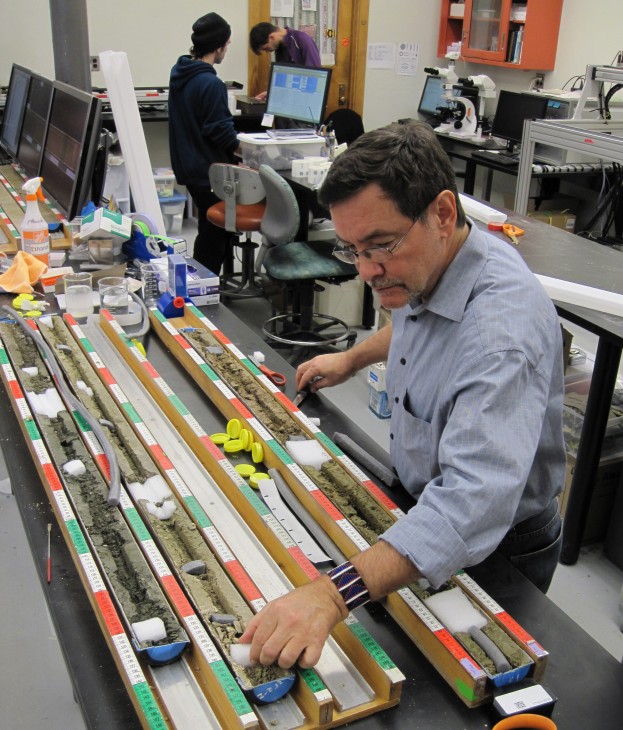 Rick Potts studies and samples a portion of the long climate core obtained by drilling at the early human site of Olorgesailie. The core contains clues to the climate of the past 500,000 years, associated with the origin of our species. (Photo by Jennifer Clark)

Q: What exactly is the Anthropocene?

Potts: The Anthropocene is sometimes viewed as a new geological era on earth: the age of humans. But for many of us, that age has been so short-lived at this point that it’s more of a way of thinking about ourselves–acknowledging the enormous impact of human beings on planet earth.

Q: When was the beginning of the Anthropocene?

Potts: Asking to pinpoint the beginning of the Anthropocene is like asking, “When was the beginning of being human?” One could point to walking upright and making tools to do things and manipulate the world. Or one could look to recent times of the enormous population explosion since the industrial age. But there are all sorts of steps in between and I would say that the making of a stone tool more than 2 million years ago and controlling fire nearly a million years ago were the first real signs that something new was on the scene. 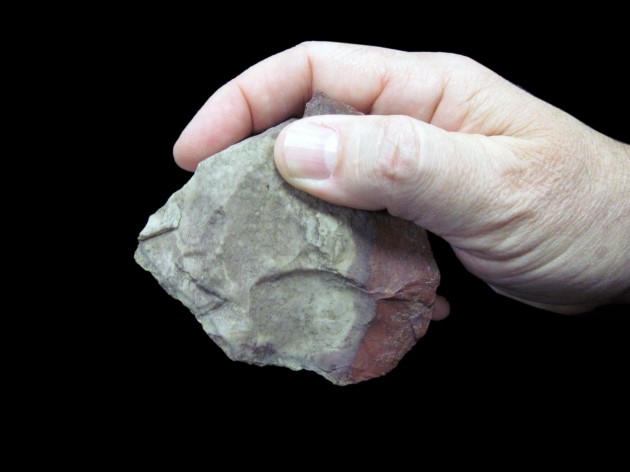 Approximately 2 million years old the Kanjera Stone Tool from Kanjera South, Kenya, is the oldest man-made object in the Smithsonian. According to anthropologist Rick Potts at the Smithsonian’s National Museum of Natural History, the start of the Anthropocene is marked by the use of the first man-made tools.

Q: What are three major ways humans are impacting the earth’s ecosystems?

Potts: Humans control six times more water – fresh water – than is free flowing across the continents. Eighty-three precent of all viable land on earth is occupied, used or altered by human beings, so the imprint of human beings on the landscape is extensive. We have done so much to alter the ocean. Just from silts eroded from agricultural land into the ocean, we can totally alter the nature of marine ecosystems.

Q: What do you say to people who say global warming is a hoax?

Potts: I would say that the scientific evidence is really profound that the earth is warming. These problems are going to need to be solved by a concerted action across the world. Denying climate change is unfortunately part of the range of the ways people try to adjust to a fairly difficult situation. 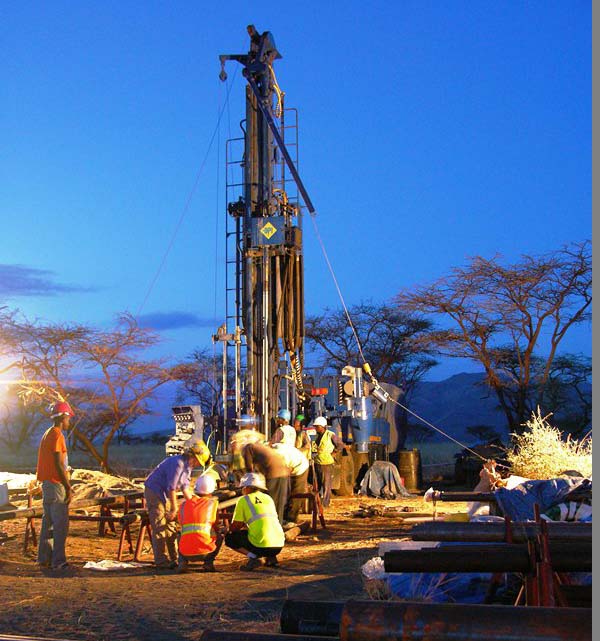 In September 2012, Rick Potts’s team recovered the first long climate core from an early human site by drilling to the floor of the East African Rift Valley in southern Kenya. The core reached sediments more than 160 meters below the ground. (Photo by Jennifer Clark)

Q: Can we reverse some of the negative effects of the Anthropocene?

Potts: I think there are some things that are too late. For example, the use of carbon-based fuels. Even if we stop right now the earth is going to warm immensely. Population increase – it’s hard to get people to stop having fulfilling lives with families. I think a vision for the Anthropocene is really a matter of–do you try to lower the river or raise the bridge? Lowering the river is really hard to do when the flood of Anthropocene events are coming closer to our own communities. Is raising the bridge an option? Well, I think we need to look at a third option: that is, accommodate the rising tide of problems that the Anthropocene poses and realize we’re all in the same ship together. I believe we need to figure out a way to have a ship that is larger than ourselves and includes as much biological diversity and cultural diversity that can fit into the large boat.