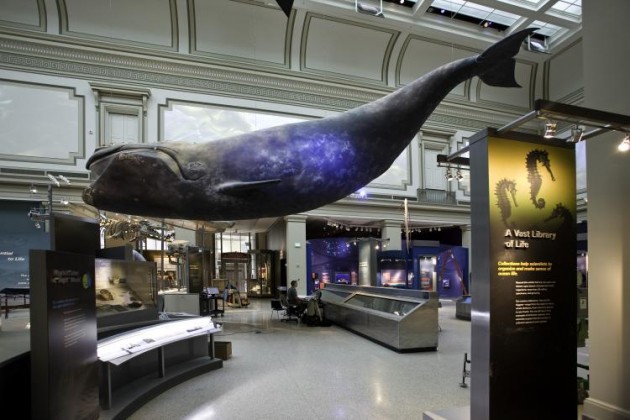 Did you know the Smithsonian created the world’s first full cast of a whale? It was a blue whale exhibited in 1904 at the St. Louis Exposition. Since the nineteenth century, the Smithsonian has been at the forefront of whale exhibition. Phoenix—a 45-foot, 2300-pound, full-scale model of the Atlantic right whale (above) and the centerpiece of the new Sant Ocean Hall in the National Museum of Natural History—is the culmination of over a century’s-worth of innovation in the scientific casting and modeling of whales. For more see this Natural History Museum post:  “A Century of Whales at the Smithsonian Institution.” 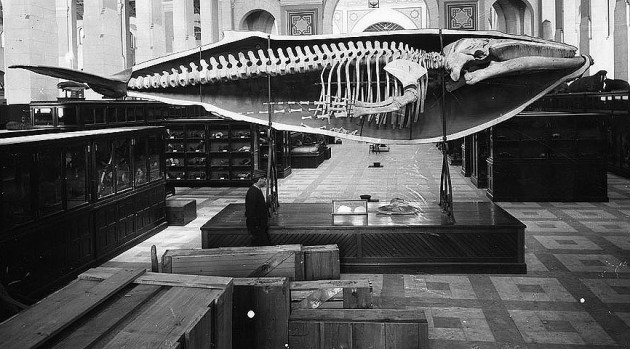 Joseph Palmer’s half-cast and skeleton of a humpback whale, shortly after it was installed in the National Museum (now the Arts and Industries building), 1885. Image from Smithsonian Institution Archives