Small migratory male birds that winter in a stressful environment age faster than those that winter in a high-quality habitat, according to research stemming from a collaborative National Science Foundation grant between the University of Maine and Smithsonian Conservation Biology Institute. 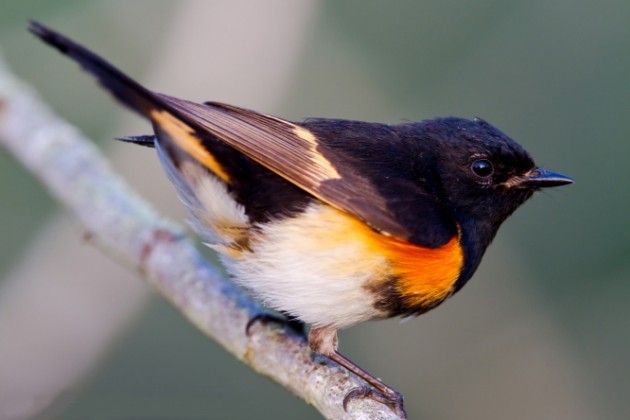 The team of biologists, led by former postdoctoral researcher Frederic Angelier working under the direction of UMaine Professor of Biological Sciences Rebecca Holberton, focused on telomeres — the long, repetitive noncoding sequences of DNA at the end of chromosomes that protect chromosomes from degradation and play a role in the aging process. 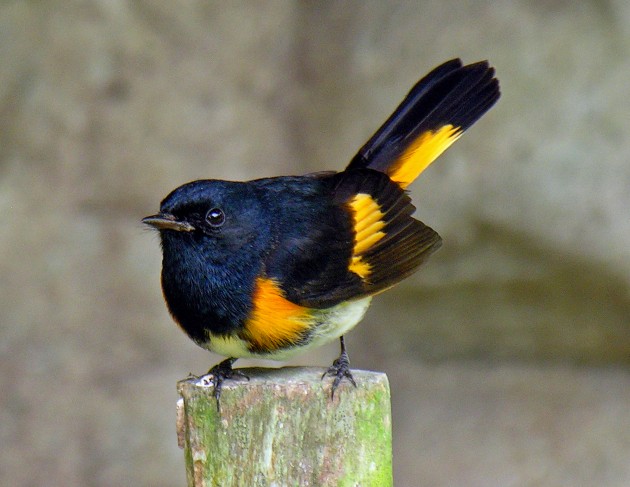 The researchers also found males with shorter telomeres are less likely to return to the nonbreeding territory the ensuing year than those with longer telomeres, confirming previous studies that telomere length is related to survival in vertebrates.

American redstarts generally arrive in the Font Hill Nature Preserve in Jamaica in mid-September, where they remain until spring migration in April or May.

The NSF project is part of a long-term collaboration between Holberton and Peter Marra, a research scientist at the Smithsonian’s Migratory Bird Center. Holberton is a migratory bird expert who researches how external and internal factors affect avian survival. The Smithsonian Migratory Bird Center is dedicated to fostering greater understanding, appreciation, and protection of the grand phenomenon of bird migration.

Angelier is now a researcher at Centre d’Etudes Biologiques de Chizé in France. Angelier, Holberton and Marra were joined in the NSF research by Carol Vleck, an associate professor in the Department of Ecology, Evolution, and Organismal Biology at Iowa State University.

The team’s findings were published in the Jan. 31, 2013 edition of Functional Ecology.–Source: University of Maine

Simple tips to keep your backyard birds healthy this winter