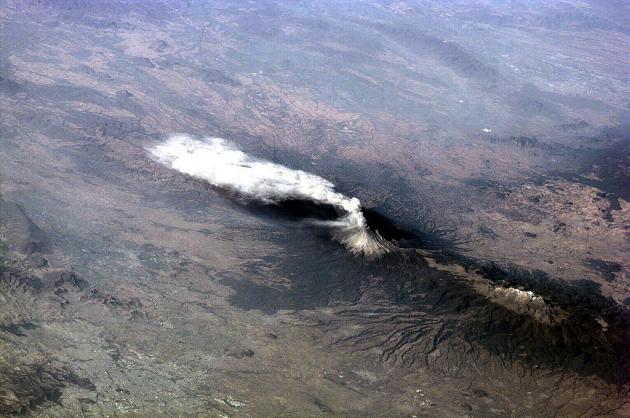 According to the weekly report of the Smithsonian’s Global Volcanism Program, gas-and-ash plumes rose nearly one mile above the crater of Mexico’s Popocatépetl volcano from April 25 to 27. On April 28 incandescent fragments ejected from the crater and landed on the east flank of the volcano, traveling as far as one-half mile. On May Day, gas-and-steam plumes that occasionally contained low amounts of ash, again rose more than half-a-mile above Popocatépetl’s crater. The volcano’s Alert Level remained at Yellow Phase. This image shows Popocatépetl at night on May 3.