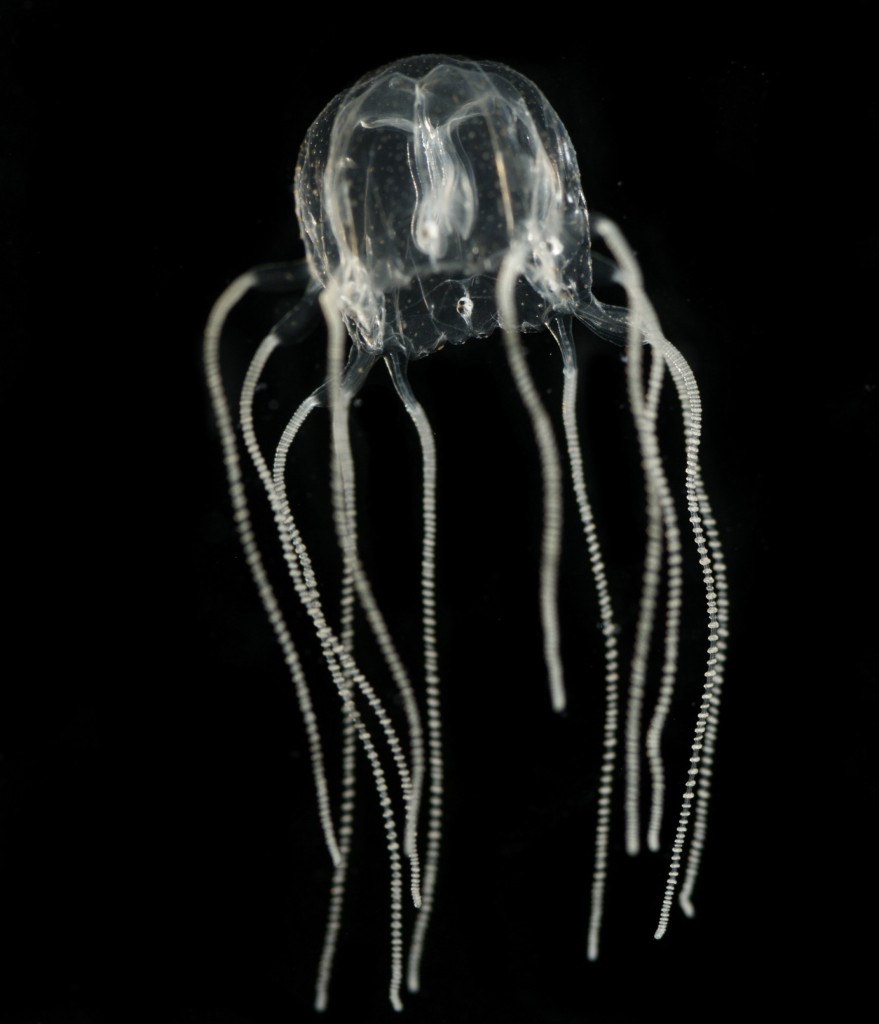 A box jellyfish from the Caribbean has recently become established in the red mangroves of Florida near Boca Raton, adding to a rising number of marine invasions observed along the world’s coasts in recent years. Since 2009, when a single male specimen of Tripedalia cystophora was discovered in Florida’s Lake Wyman and identified by Allen Collins, curator of Invertebrate Zoology at the Smithsonian’s National Museum of Natural History, and Evan Orellana of the Gumbo Limbo Nature Center in Boca Raton, this box jellyfish has appeared in Florida in much greater numbers.

“Based on the numbers that have been reported, the population seems to be pretty healthy,” Collins says. “I do not think this is something that people should be overly alarmed about,” he adds. “They are not large. Their bell is only about a centimeter. There aren’t any reports of them causing bad stings to swimmers, but the venom has not been specifically studied.” Diagram of a box jellyfish from the paper “First report of the box jellyfish Tripekalia cystophora (Cubozoa: Tripedaliidae) in the continental USA, from Lake Wyman, Boca Radon, Florida”by Evan Orellana and Allen Collins.

With the gradual warming of the oceans a number of marine species from the Caribbean have been observed moving into areas of the southern and mid-Atlantic coasts of the United States. “We’re seeing this happening everywhere all over the planet. Species ranges are changing because of human activities,” Collins says. “In general, it’s another symptom of a changing world.”

Tripedalia cystophora has taken up residence in southern Florida’s red mangroves, which is “a really good habitat for larval fishes,” Collins explains. “So, they could be competing with larval fishes for food, or if the fish larvae are small enough, perhaps even eating them, but they specialize on copepods. This box jellyfish is probably here for good.”