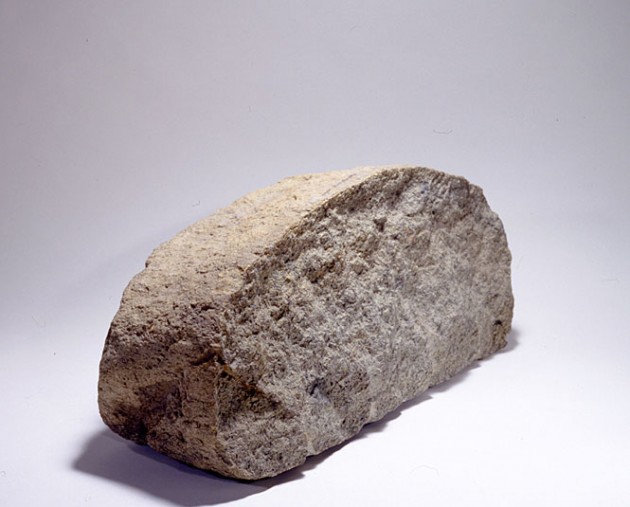 According to popular tradition, Plymouth Rock is the landing site of William Bradford and the Mayflower Pilgrims who settled in Plymouth, Mass., in 1620. Bradford, an English leader of the settlers, also served as the governor of Plymouth Colony for 30 years and is recognized as the first authority to establish what popular American culture now views as Thanksgiving in the U.S.

In 1774, the townspeople of Plymouth decided to transport the rock from the shore to the town’s liberty pole in the town square. When the rock was moved, it split into two halves, and it was decided to leave the bottom portion at its location and move the top half to the town’s meeting house. In 1880 the two pieces were reunited back on the shore and cemented together, but not before a number of pieces had been broken off for souvenirs or other purposes.

In the 1920s, the Plymouth Antiquarian Society inherited a 400-pound piece of the “Mother Rock” when it purchased the Sandwich Street Harlow House and discovered the rock being used as a doorstep. The society broke the doorstep in three pieces and, in 1984, offered a piece to the Smithsonian. In 1985, museum officials traveled to Plymouth to accept the gift.