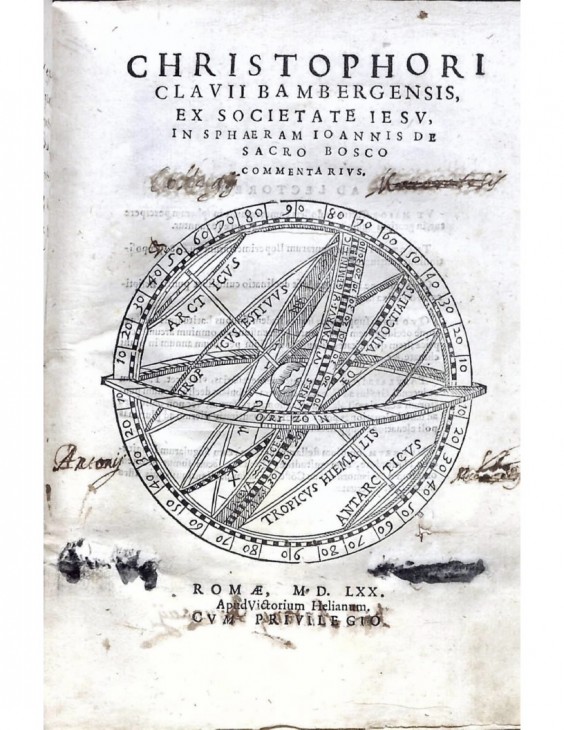 This first edition of Clavius’s commentaries on Joannes de Sacrobosco’s astronomical work Sphaera opens a fascinating window into the transitional time period of the early scientific revolution: the change from the earth-centered to the heliocentric world view, from Ptolemaism to Copernicanism.

Christoph Clavius (1538-1612), was perhaps the most distinguished mathematics professor of his generation at the Collegio Romano, the principal Jesuit seminary and college. He produced two extremely popular textbooks and he also served on the papal commission on calendar reform that would produce the Georgian calendar. 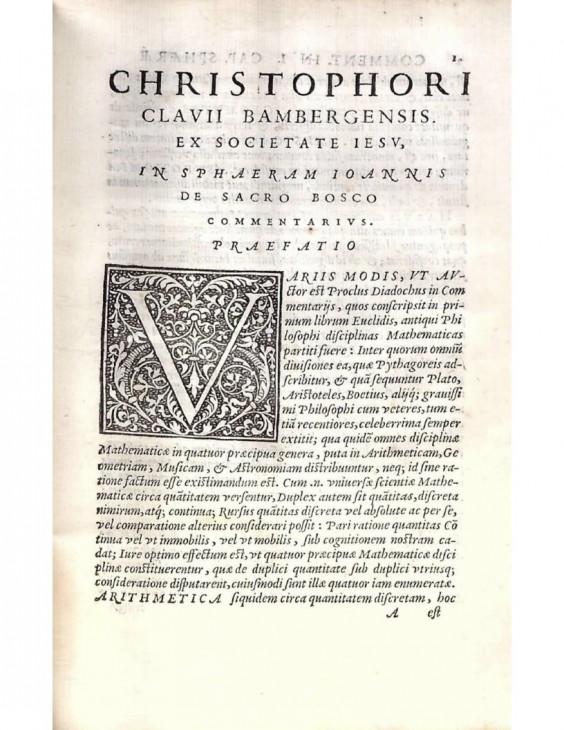 The basic text of this book, Joannes de Sacrobosco’s Sphaera (ca. 1230) was the most widely used astronomical resource of the late Middle Ages and the Early Modern Period and went through literally hundreds of editions inspiring many commentaries.

Clavius’s edition of the Sphaera was an extremely important book, and according to modern historians is the “greatest of all Sphere commentaries.” The copy the Dibner Library has purchased bears extensive marginal annotations and intertextual mathematical calculations of several early readers, and would doubtless reward further study.

The book is richly illustrated. A woodcut of armillary sphere decorates the title-page, three half-page and many smaller woodcut illustrations and diagrams are in the text. There are also woodcut initials of various sizes and styles. —Adapted from a Smithsonian Libraries blog posting by Hosea Baskin and Lilla Vekerdy

When You Wish Upon a Shooting Star

Robert Andrews Millikan portrait. Dibner Library of the History of Science and Technology