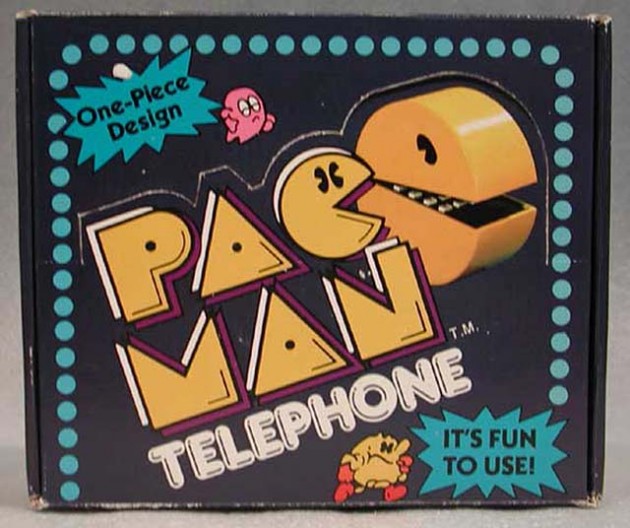 Reportedly inspired by a pizza with one slice removed, Pac-Man was developed by Toru Iwatani, a programmer for the Japanese company Namco. His primary motivation was to develop a nonviolent game that would appeal to male and female players alike. Unlike previous hit video games like Pong and Space Invaders, Pac-Man had a recognizable main character, which allowed it to be the first video game to also be a licensing success.

During the early 1980s, Pac-Man was everywhere. It was the first video game to spawn a marketing phenomenon, including licensed books, clocks, radios, gumball banks, a Saturday-morning cartoon and gadgets like this Pac-Man telephone.