New evidence gathered from sediments along the Delaware River in Pennsylvania is drastically revising theories about land use by Native Americans and the impact they once had on their environment. The new research reveals that from the period between 1100-1600 small agricultural settlements up and down the Delaware River Valley caused a 50-percent increase in sediment runoff into the Delaware River. This was done primarily by burn-clearing of as much as half of the forest-cover along the Delaware’s banks.

An archaeological research site along the banks of the Raymondskill Creek in the Delaware River Valley. (Photo courtesy Timothy Messner)

Conducted by scientists from the Smithsonian, the Center for American Archaeology, Baylor University and Temple University, the study shows that “Colonial-era Europeans were clearly not the first people to have an impact on the waterways in North America,” says archaeobiologist Timothy Messner of the Smithsonian’s National Museum of Natural History. “Widespread sedimentation caused by intensive settlement and maize farming in the Delaware Valley began about 500 years before European settlers arrived. And this was not just happening along the Delaware, but all over Eastern North America.” A paper on this subject was published recently in the scientific journal Geology. 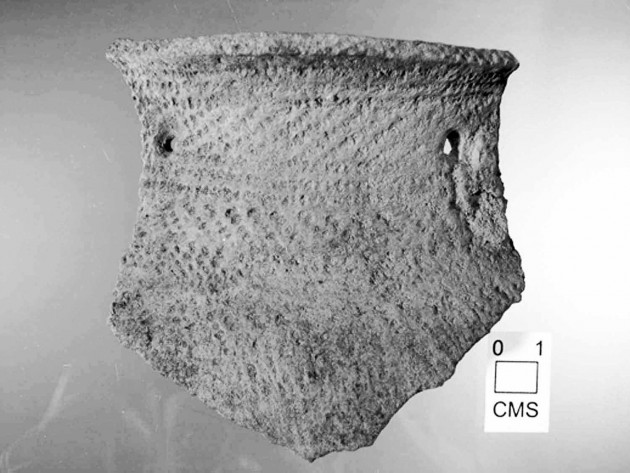 While studying an 8-foot-deep cutaway of alluvial soils and sediments at a spot in eastern Pennsylvania where the Raymondskill Creek flows into the Delaware, Messner and his colleagues noticed a distinct increase in deposits laid down some 1,000 years ago. Sedimentation rates rose gradually and then around 1100 “they are off the charts,” Messner says.

Carefully analyzing the deposits layer by layer, the scientists found a corresponding rise in phytoliths—hard, microscopic plant structures—of open-space grasses in the layers representing increased sedimentation. Carbon 14 dating of maize kernels found at Indian archaeological sites at dozens of locations up and down the Delaware Valley confirmed they too were from this same period. Prehistoric artifacts, primarily ceramics, found at archaeological sites in the Delaware Valley also corresponded to 1000-1600. Taken as a whole, this evidence points to “a widespread prehistoric human presence in the Delaware River Basin” from 1000 to 1600, the researchers write. 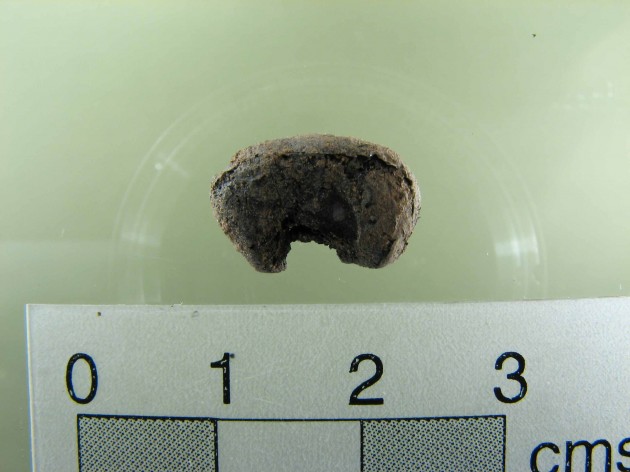 A fragment from a ceramic vessel (left) and a carbonized kernel of corn taken from Native American settlement sites in the Delaware River Valley (Photo courtesy Timothy Messner).

In the 500 years before European settlers arrived in North America the Delaware River Valley saw a 150 percent increase in the number of Native American settlements, Messner says. “Land in the river’s floodplain was fertile, conducive to hunting, farming and collecting nuts, berries and fruits. As more forest was cleared for farming more and more sediments were washed into the river and deposited downstream.”

While this discovery is not a total surprise, previous research has suggested that Native Americans had a greater impact on the landscape in North America than widely believed, these new findings represent the first direct evidence of the impacts on streams.

“The value of this is that it forces us to think differently about the history of human-environmental interactions in North America,” Messner says.  “In order to truly understand contemporary ecological questions about the impact humans have had on the environment we need to look at the sophisticated land-use practices of the ancient inhabitants and not just to the arrival of European settlers.”–John Barrat