With Earth’s population moving toward 7 billion, humankind may someday need to look to space to help feed its need for precious metals, iron ore and other raw materials. Asteroids are a logical place to look for such resources as they contain enough gold, platinum, iron and nickel to perhaps one day make the technological challenges of mining them economically feasible. 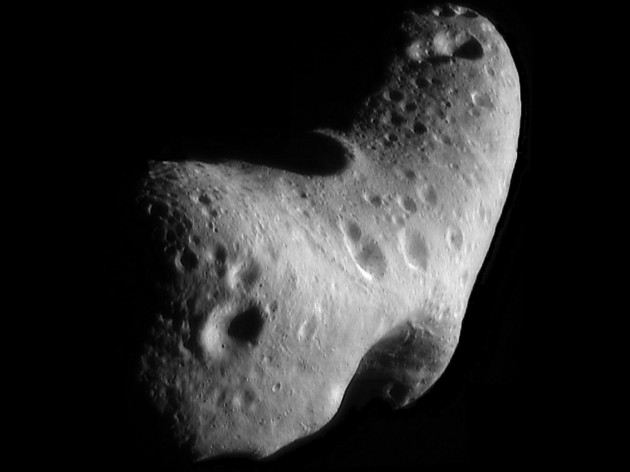 Eros is one of the largest near-Earth asteroids with a mass thousands of times greater than similar asteroids. (Image courtesy NASA/JHU-APL)

In fact, say astrophysicists Duncan Forgan of the Institute for Astronomy at the University of Edinburgh and Martin Elvis of the Harvard-Smithsonian Center for Astrophysics, if intelligent and more advanced civilizations exist on other planets then its a good bet that some of these civilizations turned to asteroid mining long ago. If so, the hallmarks of their mining activities, such as unusual dirty halos of cast-off dust and debris around large asteroids, might be detectable from earth.

In a recent paper Forgan and Elvis detail what type of signs astronomers might look for with optical, thermal and spectral telescopes to detect such mining activities. For example, a deficit of certain elements in the debris cloud around and near an asteroid may indicate elements which have been removed through mining. An unnatural ratio between large and small asteroids in a region may indicate where larger asteroids have been targeted and broken up through mining activity. Asteroid mining also should leave distinct thermal signatures as drilling on a large scale would require great energy, and also create glassy silicas such as obsidian. 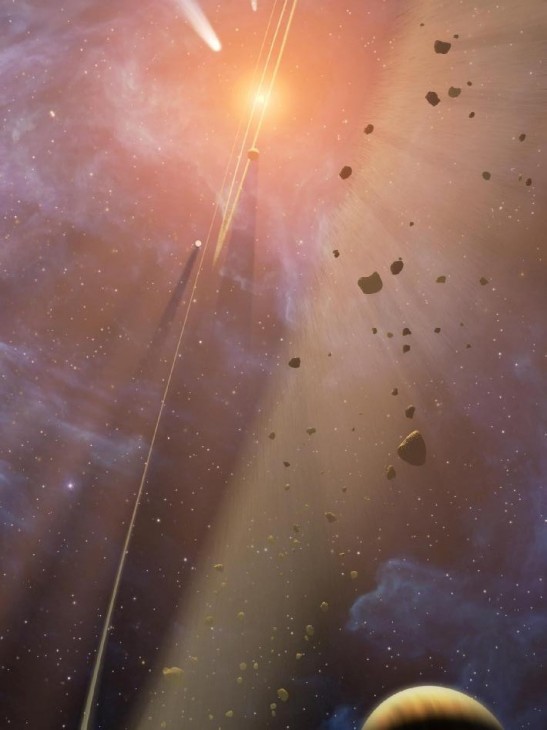 As telescopes on Earth become more and more refined such tell-tale signatures of targeted mining of asteroids should become easier to detect than they are today, the scientists say.

“Asteroid mining may be a common milestone in the development of space-faring civilizations, and therefore if intelligent civilizations are common, then these observational signatures would also be common,” Forgan and Elvis write in their paper. To be detectable from Earth, asteroid mining “must be prolific and industrial-scale, producing large amounts of debris and disrupting the system significantly,” the astronomers write. In humankind’s continuing search for extra terrestrial intelligence signatures of targeted asteroid mining may be among the first clues to alert us to the presence of other intelligent, technological life forms in our galaxy.