In an exciting example of international collaboration, an astronomer from Qatar teamed up with scientists at the Universities of St. Andrews, Leicester and Keele in the United Kingdom and the Harvard-Smithsonian Center for Astrophysics in the United States to discover a new alien world.

This ‘hot Jupiter’, now named Qatar-1b, adds to the growing list of alien planets orbiting distant stars, or exoplanets. Its discovery demonstrates the power of science to cross political boundaries and increase ties between nations. The team has submitted their results to the journal Monthly Notices of the Royal Astronomical Society. 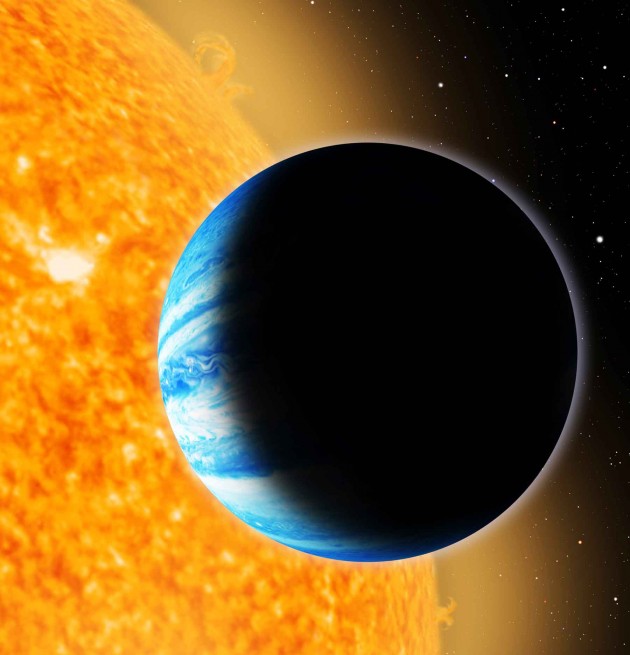 An artist’s conception of the newly discovered alien planet Qatar-1b. Qatar-1b is a gas-giant planet, 1.1 times more massive than Jupiter and with a diameter 1.2 times that of Jupiter. It orbits an orange dwarf star (named Qatar-1 in honor of the discovery) located 550 light-years from Earth in the northern constellation Draco. (Illustration David Aguilar, Harvard-Smithsonian Center for Astrophysics)

Building on technology developed for the SuperWASP exoplanet survey, the St Andrews and Leicester teams worked with Khalid Alsubai,  leader of the Qatar exoplanet survey and a research director at Qatar Foundation for Education, Science and Community Development, to establish the computer systems used to process raw images from data collected from wide-angle cameras, extracting and sifting through data from hundreds of thousands of stars.

“The discovery of Qatar-1b is a wonderful example of how science and modern communications can erase international borders and time zones,” said team member David Latham of the Harvard-Smithsonian Center for Astrophysics. “No one owns the stars. We can all be inspired by the discovery of distant worlds.” 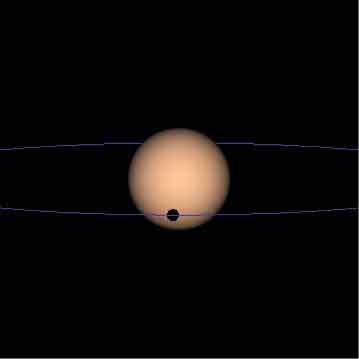 Over a period of time, some planets will temporarily and periodically block the light of the parent star they orbit as they pass directly between that star and the Earth. These ‘transit’ events produce a characteristic dip in the light from the star that then reveals the orbiting planet. Of the vast number of stars observed, only a few will have detectable planets.

To find the new world, Qatar’s wide-angle cameras (located in New Mexico) took images of the sky every clear night beginning in early 2010. The photographs then were transmitted to the United Kingdom for analysis by collaborating astronomers at St. Andrews and Leicester Universities and by Alsubai in Qatar. That analysis narrowed the field to a few hundred candidate stars.

The Harvard-Smithsonian team, with Khalid Alsubai, followed up on the most promising candidates, making spectroscopic observations with the 1.5 m diameter telescope at the Smithsonian’s Whipple Observatory in Arizona. Such observations can weed out binary-star systems with grazing eclipses, which mimic planetary transits. They also measured the stars’ dimming more accurately using KeplerCam on Whipple’s 1.2 m telescope.

Two UK-based telescopes, the 1 m Gregory Telescope at St. Andrews and the 0.6 m telescope at Keele, were used to confirm the Qatar-1b transits, refine the orbital period and pin down the planetary radius. 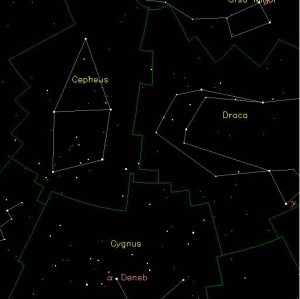 The resulting data confirmed the existence of a planet now called Qatar-1b, orbiting an orange Type K star 550 light-years away. Qatar-1b is a gas giant 20 percent larger than Jupiter in diameter and 10 percent more massive. It belongs to the ‘hot Jupiter’ family because it orbits 3.5 million km from its star only six stellar radii away. The planet roasts at a temperature of around 1100 degrees Celsius.

Qatar-1b circles its star once every 1.4 days, meaning that its “year” is just 34 hours long. It’s expected to be tidally locked with the star, so one side of the planet always faces the star. As a result, the planet spins on its axis once every 34 hours – three times slower than Jupiter, which rotates once in 10 hours.

The team have submitted their results to the journal Monthly Notices of the Royal Astronomical Society. A preprint of their paper is available at https://star-www.st-and.ac.uk/~kdh1/qatar1.html