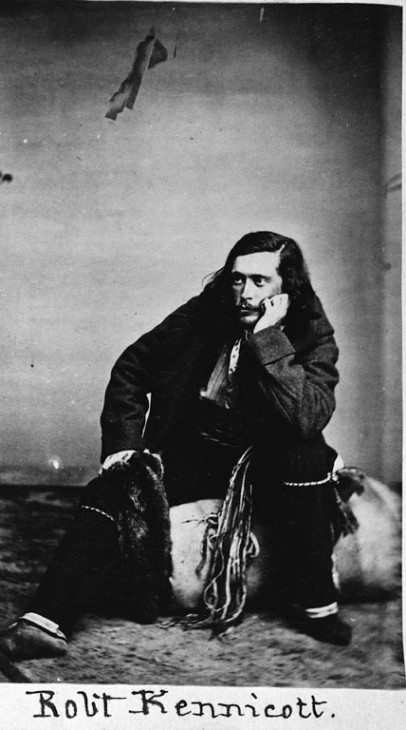 This photo shows Smithsonian naturalist Robert Kennicott around 1860, during his first expedition north through Canada and into Russian America (the Alaskan territory). He is dressed in the kind of clothes worn by French Canadian trappers, whose paths he followed. This photograph was made as a carte-de-visite, a calling card given to friends and visitors. Kennicott once lived in the Smithsonian Castle, his bones are in the National Museum of Natural History and his 175 birthday was Nov. 13. To learn more about this fascinating 19th century naturalist, click this LINK. Image courtesy of the Smithsonian Institution Archives.

The Castle Under Construction