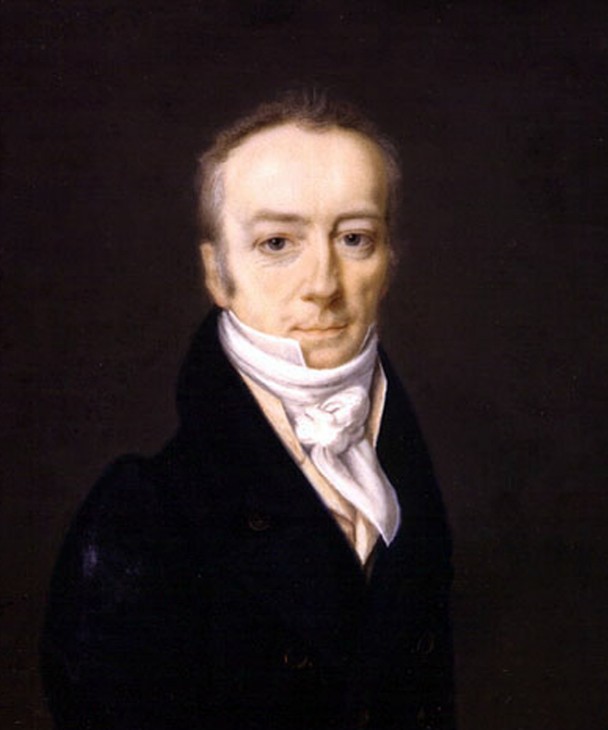 This portrait of Smithson painted by Henri Johns in 1816, is one of the rare images of the philanthropist scientist.

“The Smithsonian Institution”―When most people hear the name, museums, scientific research, even Dorothy’s ruby slippers and the Wright brothers’ plane come to mind. But many don’t know how, or for that matter, who created the Smithsonian. The Institution is now 169 years old, but its true beginning happened 250 years ago with the birth of a seemingly ill-fated boy named James Smithson.

Smithson (c. 1765–1829), the founding donor of the Smithsonian, was an English chemist and mineralogist. He was the illegitimate son of Hugh Smithson, the first Duke of Northumberland, and the wealthy widow Elizabeth Hungerford Keate Macie. His exact birthday remains a mystery because he was born secretly in Paris, where his mother had gone to hide her pregnancy. He was born James Lewis Macie, but in 1801, after his parents died, he took his father’s last name of Smithson. 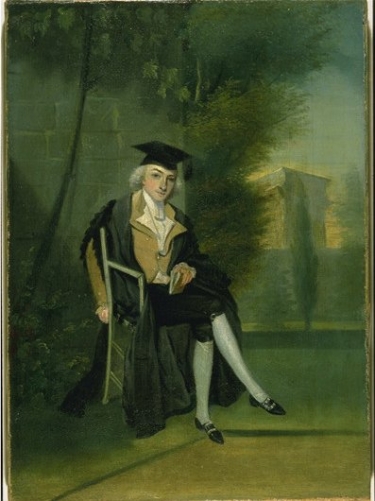 Smithson was known as a hard-working and diligent student. He studied at Pembroke College, Oxford and received a Master’s in science in 1786. (Image: James Roberts)

Smithson never married; he had no children; and he lived somewhat as a gentleman nomad, traveling widely in Europe during a time of great turbulence and political upheaval. He was in Paris during the French Revolution, and was later imprisoned in the early 19th century during the Napoleonic Wars.

Friends with many of the great scientific minds of the time, he believed that the pursuit of science and knowledge was the key to happiness and prosperity for all of society. He saw scientists as benefactors of all mankind, and thought they should be considered “citizens of the world.”

“Science wasn’t just an interest of Smithson’s, he was a dedicated and hard-working student of the topic too,” said Pamela Henson, the Smithsonian’s historian. “He studied at Pembroke College, Oxford, and received a master’s degree in science. He was considered a “swot” – someone, who unlike most other gentlemen, stayed on campus all semester and worked incredibly hard. He was inducted into the Royal Society in 1787 after graduation, the youngest member at that time.”

Smithson was interested in almost everything and studied a wide range of natural phenomena: the venom of snakes, the chemistry of volcanoes, the fundamental nature of electricity and even the composition of a lady’s tear. 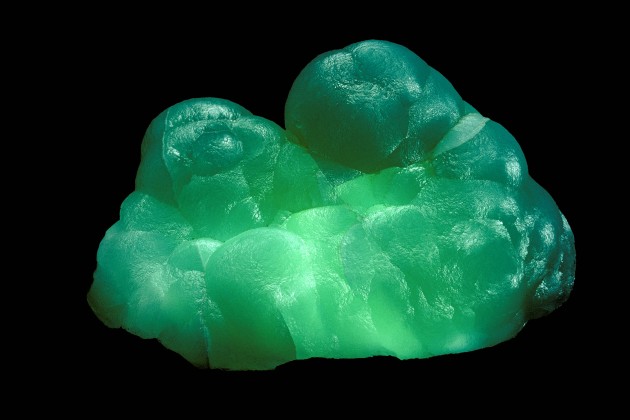 The mineral smithsonite was named in 1832 in honor of English chemist and mineralogist James Smithson, who first identified the mineral in 1802.

He published  27 papers in his lifetime, ranging from an improved method of making coffee, to an analysis of the mineral calamine―critical in the manufacture of brass, which led to the mineral being named smithsonite in his honor. In one of his last papers, he laid out his philosophy most clearly: “It is in his knowledge that man has found his greatness and his happiness. . . . No ignorance is probably without loss to him.”

Smithson was keenly aware and disapproving of England’s class differences; and although he never visited the United States, Smithson approved of what the young democracy represented: freedom and opportunity for all.

Toward the end of his life, under a clause in his will, he left his fortune to the United States. It was to be used to found “an establishment for the increase and diffusion of knowledge…” in Washington, D.C. and it was to be named the Smithsonian Institution. 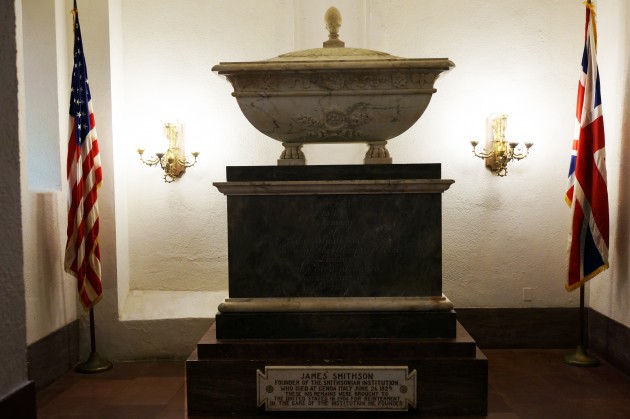 The final resting place of the Smithsonian Institution’s benefactor, James Smithson (1765-1829), is a small chapel-like room located at the north entrance to the Smithsonian Castle on the National Mall in Washington, D.C.

Smithson died in Genoa, Italy, on June 27, 1829, and was interred nearby. It took nearly a decade for his bequest of more than $500,000 to arrive in America in the form of eleven boxes of gold coins; and with this gift, the building of the Smithsonian Institution began.

Today, Smithson’s bequest and wish that it support an educational institution has grown enormously into the world’s largest museum and research complex with 19 museums and galleries, nine research facilities, the National Zoological Park, 137 million items in its collection and research conducted in more than 100 countries around the world.

And James Smithson finally did visit America, albeit posthumously. In 1904, Alexander Graham Bell, a member of the Smithsonian’s Board of Regents, brought Smithson’s remains to the United States to rest at the Institution his gift created. His tomb rests just inside the entrance of the Smithsonian Castle, so that it is the first thing many visitors see as they begin their visit―a fitting start to exploring the Smithsonian.

Although Smithson’s papers and his vast mineral collection were all destroyed by fire in 1865, the story of his life and work has been largely recovered in the recent biography, The Lost World of James Smithson: Science, Revolution, and the Birth of the Smithsonian, by Heather Ewing. This article draws heavily upon this book.

Following in the footsteps of James Smithson