Leafcutter ant queens can live for 20 years, fertilizing millions of eggs with sperm stored after a single day of sexual activity. 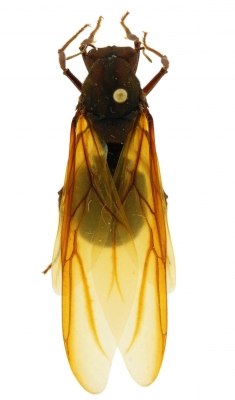 Danish researchers who have studied ants at the Smithsonian Tropical Research Institute in Panama since 1992 recently discovered that in both ant and bee species in which queens have multiple mates, a male’s seminal fluid favors the survival of its own sperm over the other males’ sperm. However, once sperm has been stored, leafcutter ant queens neutralize male-male sperm competition with glandular secretions in their sperm-storage organ.

“Two things appear to be going on here,” explains Jacobus Boomsma, professor at the University of Copenhagen and Research Associate at STRI. “Right after mating there is competition between sperm from different males. Sperm is expendable.  Later, sperm becomes very precious to the female who will continue to use it for many years to fertilize her own eggs, producing the millions of workers it takes to maintain her colony.”

With post-doctoral researchers Susanne den Boer in Copenhagen and Boris Baer at the University of Western Australia, professor Boomsma studied sperm competition in sister species of ants and bees that mate singly—each queen with just one male—or multiply—with several males. 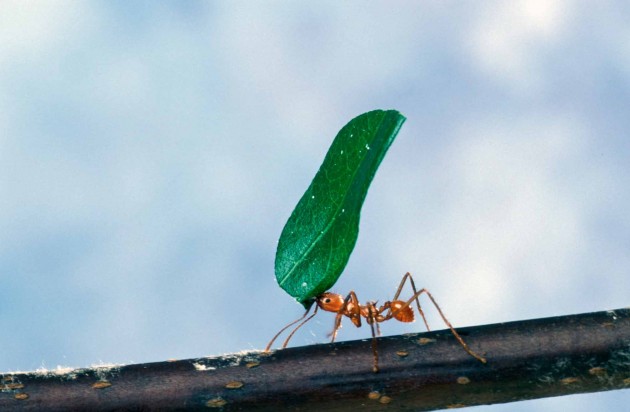 A leafcutter ant carries a leaf fragment back to its nest. (USDA photo)

Their results, published this week in the prestigious journal, Science, show that the ability of a male’s seminal fluid to harm the sperm of other males only occurs in species that mate multiply, and that their own seminal fluid does not protect sperm against these antagonistic effects.

“Females belonging to many species—from vertebrates to insects– have multiple male partners. Seminal products evolve rapidly, probably in response to the intense male-male competition that continues even after courtship and mating have taken place,” said William Eberhard, Smithsonian staff scientist. “This study continues the STRI tradition of looking at post-copulatory selection in a very biodiverse range of organisms, following in the footsteps of people like Bob Silberglied, who asked why butterflies and moths have two kinds of sperm in the 1970’s.”

Similar sperm competition systems appear to have evolved independently in ants and in bees. Researchers now aim to discover how genes that control sperm recognition in bees and ants may differ, thus continuing to elucidate the details of a process key to reproduction and evolution.

A grant from the Danish National Research Foundation and an Australian Research Council Fellowship supported this work.  Permits for ant collection and export were issued by Panama’s Autoridad Nacional de Ambiente (ANAM).

The Smithsonian Tropical Research Institute, headquartered in Panama City, Panama is a unit of the Smithsonian Institution. The institute furthers the understanding of tropical nature and its importance to human welfare, trains students to conduct research in the tropics and promotes conservation by increasing public awareness of beauty and importance of tropical ecosystems. www.stri.org

Leafcutter ants—first in agiculture and antibiotics