Soon after Charles Darwin’s groundbreaking book On the Origin of Specieswas published in 1859, it found supporters among the staff of the Smithsonian Institution in Washington, D.C. Smithsonian Secretary Joseph Henry held the book in high regard. So did naturalist Spencer Baird, Henry’s right hand man and the second secretary of the Smithsonian, and Smithsonian naturalist George Brown Goode. 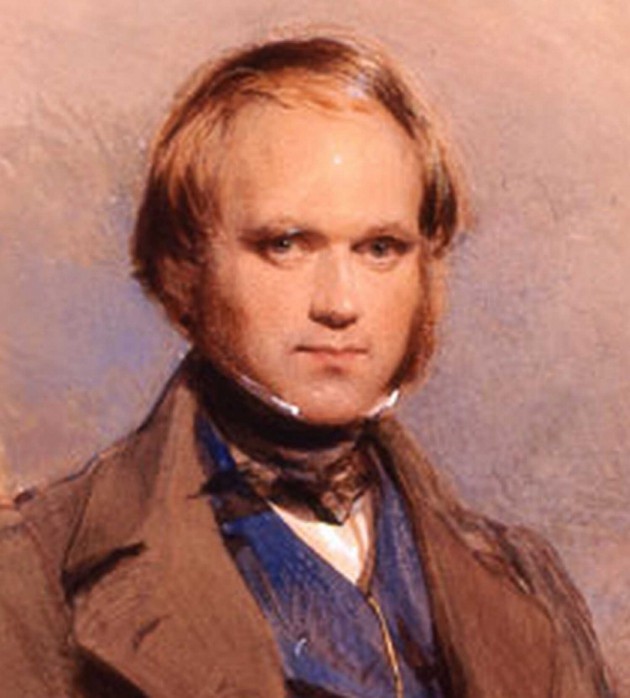 As Darwin’s theories on evolution continue to guide scientific research at the Smithsonian today, it is fitting that Smithsonian Institution Libraries has recently acquired a rare first edition of Darwin’s Geological Observations on the Volcanic Islands, Visited During the Voyage of H.M.S. Beagle, published in London in 1844.

The volume completes the Smithsonian’s collection of Darwin’s three-volume series, Geology of the Voyage of the Beagle, which also includes the volumes:  The structure and distribution of coral reefs (London, 1842) and Geological observation on South America (London, 1846).All three books are now on display in the National Museum of Natural History exhibit Darwin’s Legacy, which celebrates the 150th anniversary of the publication of On the Origin of Species (published Nov. 24, 1859).

In 1831, Darwin, a recent graduate of Cambridge University, embarked upon an adventure as an unpaid naturalist aboard the H.M.S. Beagle.  The Beagle left Plymouth, England on Dec. 27, 1831, and after sailing around the world, returned to Falmouth, England on Oct. 2, 1836. The Beagle’s journey took Darwin to many places, including Tahiti, the Galapagos Islands, New Zealand and Australia. Darwin’s geological work aboard the Beagle brought him his first fame as a scientist. In Tahiti, he developed his theory of the formation of atolls. He proposed that these ring-shaped coral reefs form when the ocean floor gradually subsides beneath an island. The atoll remains after the island has disappeared below the surface of the water. Later investigations confirmed Darwin’s insights. 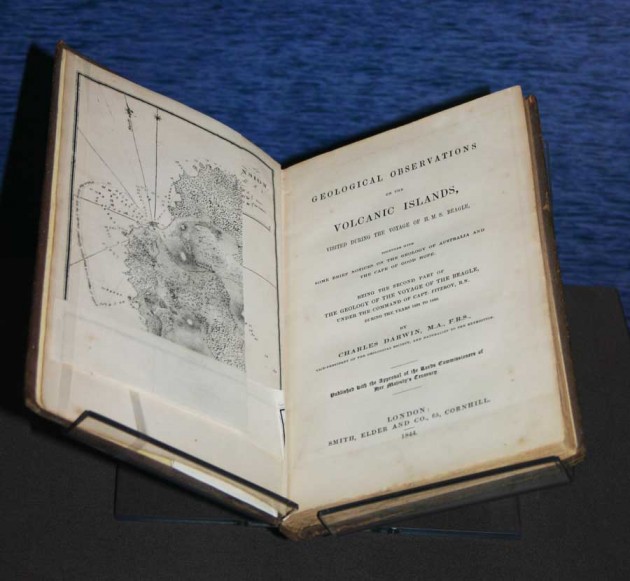 Darwin’s Geological Observations on the Volcanic Islands, Visited During the Voyage of H.M.S. Beagle, on exhibit in Darwin’s Legacy at the National Museum of Natural History.

Published nearly 15 years before On the Origin of Species, the book Geological Observations on the Volcanic Islands, Visited During the Voyage of H.M.S. Beagle, “is an important text in the development of modern geology and in the evolution of Darwin’s thinking on the formation of the earth and the distribution of species,” explains Leslie Overstreet, curator of natural-history rare books at the Smithsonian Institution Libraries.  “SIL’s primary mission is to support the Institution’s scientists and historians,” Overstreet explains. “Global volcanism is a major focus of study at the National Museum of Natural History, and our holdings of published works form a deep, rich resource for researchers.” —Jessica Porter