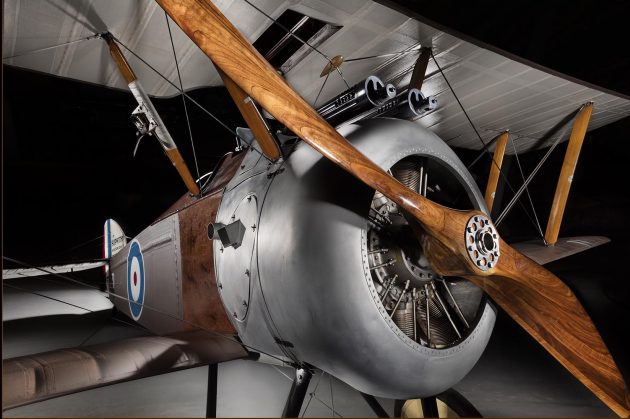 The legends surrounding World War I flying aces engaged in epic dogfights have often overshadowed a grim reality: Many inexperienced pilots died in training accidents in challenging aircraft before they were ready to fly them in battle.

Decades later, Javier Arango, an experienced pilot and student of World War I aviation, sought to learn more about these often misunderstood aircraft by assembling one of the preeminent collections of flying World War I airplanes. His goal was to use the collection to explore the stories and myths about World War I aviation and bring a modern understanding to the performance and flight characteristics of these early aircraft.

Arango served on the board of the Smithsonian’s National Air and Space Museum from 2006 to 2012, and was an emeritus member of the board until his death in 2017.

In his will, he bequeathed to the National Air and Space Museum two original and important aircraft from his collection—a World War I Sopwith Camel fighter and a pre-World War I Blériot monoplane. The gift had special meaning for Arango. An immigrant to the United States, he wanted the American people to have these treasured aircraft as thanks for welcoming him to his new country, and the opportunities afforded him for success. 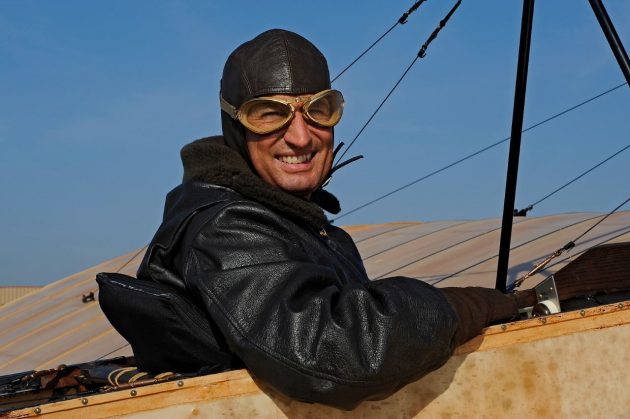 Javier Arango in the cockpit of the pre-WWI Blériot monoplane he donated to the Smithsonian.

“He was a very fine pilot and very skilled at flying these older airplanes that were his passion,” says Chief Curator Peter Jakab. “He was a great contributor and important person in the aviation community, and he left the Smithsonian this wonderful gift.”

The Sopwith Camel donated by Arango, built in 1917, is the best example of the seven remaining original Camels. It is largely complete in terms of original components, and the only one of the survivors built by the primary manufacturer, the Sopwith Aviation Co. All the others were license-built by other firms.

Camels downed 1,294 enemy aircraft, more than any other Allied fighter in World War I. The airplane got its nickname from the cover over two machine guns, mounted ahead of the cockpit that created a distinctive hump.

The Camel was unstable and challenging to fly, with sensitive controls, which made it very maneuverable for an experienced pilot. The powerful rotary engine, which spun with the propeller, created a gyroscopic effect that also contributed to the airplane’s maneuverability.

Almost as many Camel pilots were killed in accidents as those who died in combat, but the airplane proved to be a superior fighting machine for pilots who mastered its tricky characteristics. 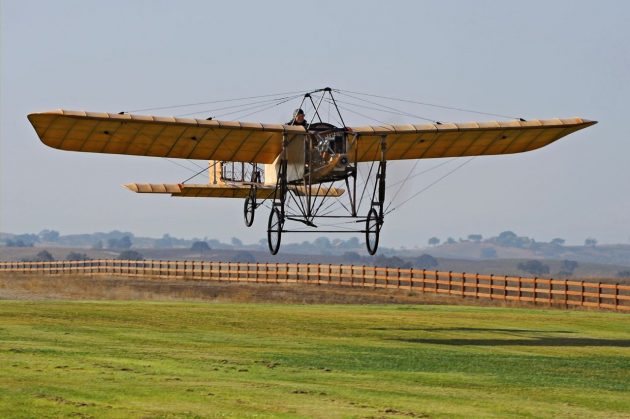 Javier Arango at the controls of the pre-WWI Blériot monoplane he donated to the Smithsonian’s National Air and Space Museum.

Arango also owned a reproduction Camel and his flights in it led him to believe that many of the deaths of Camel pilots were likely because of a lack of training as these men were rushed into battle.

“It would be like having a few hours in a training airplane and then being put in an F-16 fighter and being expected to fly it in combat,” Jakab says. “Javier was very focused on comparing the myths of flying World War I airplanes with the reality of the performance of these airplanes.”

Arango’s father owned a reproduction Fokker Dr.1 triplane built in 1981, the airplane flown by famed German pilot Manfred von Richthofen—also known as the “Red Baron”—who downed 80 Allied airplanes, more than any other pilot in World War I. That airplane inspired Arango’s lifetime love of World War I aviation and led him to collect more than 20 reproduction aircraft from that era, in addition to the two originals donated to the museum. 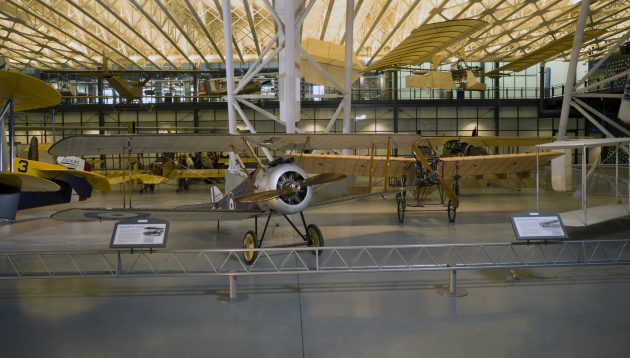 The WWI Sopwith Camel fighter (left) and pre-WWI Blériot monoplane donated to the Smithsonian by Javier Arango, are on exhibit side-by-side at the National Air and Space Museum’s Steven F. Udvar-Hazy Center in Chantilly, Virginia.

In the first decade of aviation after the Wright brothers’ first successful flights in 1903, many people were building their own airplanes. Among them were two Colorado teenage brothers, Jules and Frank VanDersarl. The VanDersarl brothers were inspired by pilot Louis Blériot’s first-ever crossing of the English Channel in 1909 in his “Type XI” monoplane. The airplane became instantly popular, and Blériot began selling airplanes, as well as plans and parts, which the VanDersarls used to build their own version.

The VanDersarls started constructing their Blériot in 1909 in a time-consuming project that culminated with successful flights in 1911, even though neither brother had any pilot training.

“They just taxied and made little hops and taught themselves how to fly,” Jakab says.

Fabricating an engine similar to what the VanDersarls made—the original did not survive—Arango restored the VanDersarl Blériot and flew the airplane in 2012, keeping a tradition of early aviation and ingenuity alive a century later.

Both the Sopwith Camel and the VanDersarl Blériot donated to the Smithsonian by Javier Arango are currently on display in the National Air and Space Museum’s Steven F. Udvar-Hazy Center in Chantilly, Virginia.