The American Revolution history you didn’t learn in high school

If you think the American Revolution was an isolated conflict between Great Britain and the American colonies, you know only part of the story.

A new exhibition at the Smithsonian’s National Museum of American History reveals the war that earned America its independence for what it was: a world war involving multiple nations fighting battles on land and sea around the globe.

“The American colonies had no hope of winning their independence alone,” says David Allison, senior curator of the exhibition. “They had to gain support from other European powers, most importantly from France and Spain and the involvement of these nations would affect not only the history of the new United States of America, but their own histories as well.”

These pieces from “The American Revolution: A World War” put the war in a global context, which ultimately determined the outcome in the U.S. and the future of the world. 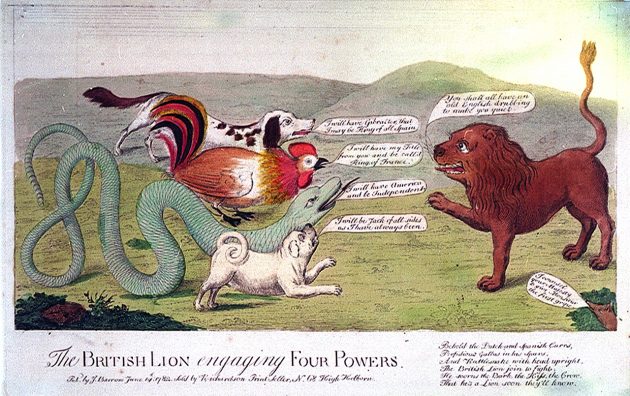 This 1782 cartoon by J. Barrow shows the colonies’ success at gaining allies who would join them against Great Britain in their fight for political freedom and control of their global trade. It depicts a British lion facing off against four different powers: France as a cockerel; Spain and Holland as two dogs, and the American colonies as a snake.

More than an uprising of discontented colonists against the British king, the American Revolution involved multiple nations fighting battles on land and sea around the globe. Britain had no major allies in this war. 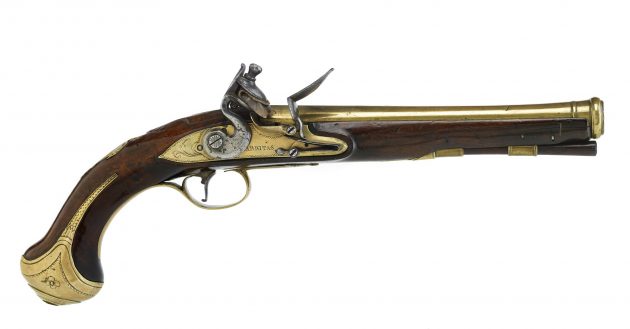 British Gen. Edward Braddock gave this English flintlock pistol to George Washington before Braddock died from wounds received at the Battle of the Monongahela in July 1755, part of the Seven Years’ War. The two men fought together under the British flag during this conflict. (National Museum of American History)

The stage for the American Revolution was set during The Seven Years’ War (1754-1763), a global conflict which saw fighting in North America, when a defeated France was forced to give up its territorial claims in North America to Britain and Spain.

France sought revenge through an alliance with the colonists, who had fought with the British against them. Tensions were fueled by the fact that both France and Britain realized the potential of the growing economy of the American colonies. Impressive imports of tobacco, furs, rum, wheat, fish, sugar, rice, indigo, iron powered prosperity in the colonies, permitting the purchase of manufactured goods made elsewhere in the world. 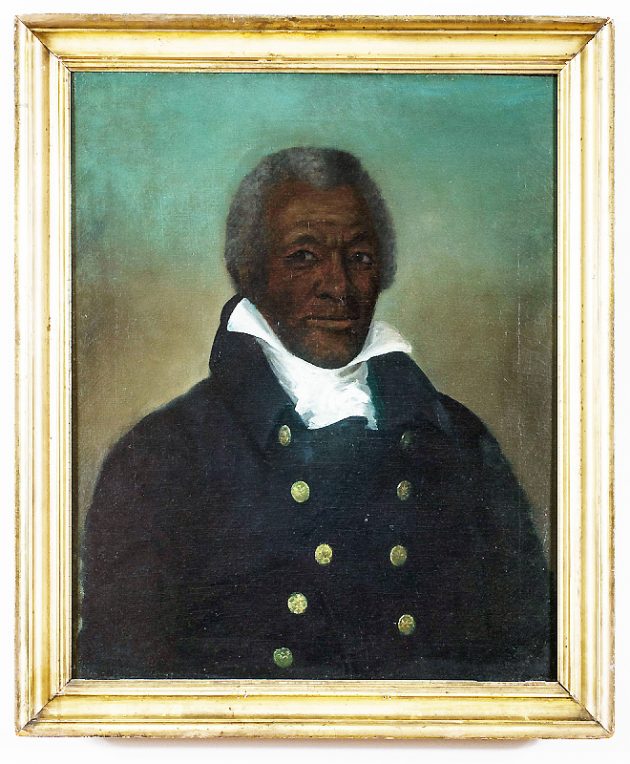 Portrait of James Armistead Lafayette, 1824. (Courtesy of The Valentine Museum)

Thousands of enslaved African Americans fled to the British forces during the Revolution, in part because the British promised them freedom.

One enslaved man went to the British as a spy. James Armistead in Virginia convinced his owner to allow him to volunteer under the Marquis de Lafayette, a French general and ally of the colonists. In 1781, Armistead infiltrated the British military and reported the plans and movements of British Gen. Charles Cornwallis back to Lafayette.

After America’s victory, enslaved people were recaptured and returned to their American owners, including two to George Washington. James Armistead was also returned to his owner. Lafayette helped him gain his freedom in 1787. 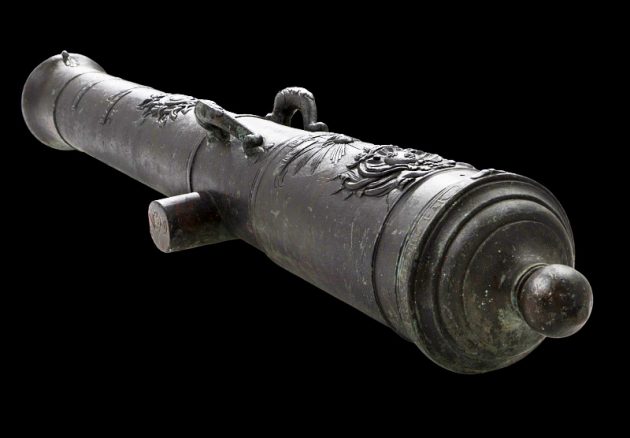 A French cannon used at the Siege of Yorktown. Much of the artillery, guns and ammunition used in the Yorktown siege, including this piece, was provided by the French. (On loan from Christopher Bryant)

Following six long years of back-and-forth combat with the British, everything fell into place for the American Gen. George Washington and his allies during the siege at Yorktown, Virginia in 1781.

Older and more experienced than Washington, French Gen. Comte de Rochambeau played a central role in the outcome at Yorktown, which ended with the surrender of British Gen. Lord Charles Cornwallis.

This victory was a major turning point of the Revolution and the last major Revolutionary battle in North America. Cornwallis might have escaped by sea during the siege had not French Adm. Francois Joseph Paul de Grasse defeated a British fleet one month earlier nearby during the Battle of the Chesapeake.

Pilot Gordon Macke, center, joined several hundred others in the All-American Lafayette Flying Corps in France during World War I. Corps members were credited with 159 enemy kills and earned numerous awards for valor.

More than a century after the American Revolution, as World War I erupted in Europe in 1914, American men and women crossed the Atlantic to volunteer in France as soldiers and civilians. Many were motivated by the memory of the Marquis de Lafayette, the French aristocrat and military officer who volunteered and fought with the colonists in the American Revolution.

The U.S. joined the Allies in 1917, playing an essential role in their victory, and the principle of volunteering became part of World War II as well.

“The American Revolution: A World War” will be on view at the National Museum of American History through July 9, 2019.”