Helicopter cockroach moms have protected their young for millions of years 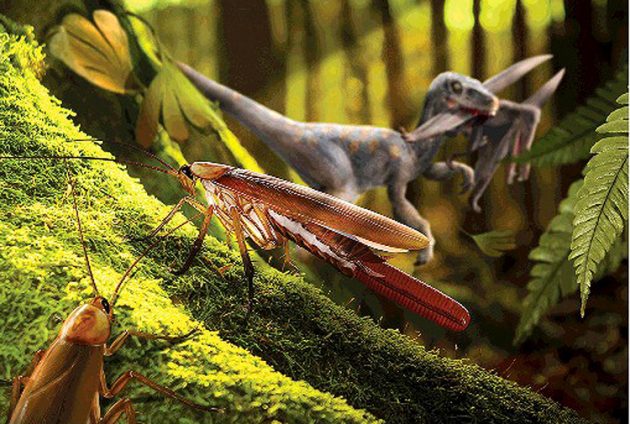 A female cockroach “Piniblattella yixianesis” center, with a long ootheca at the end of her abdomen, pauses on a tree trunk in an early Cretaceous forest. (Artwork by Dr Chen Wang)

A team of scientists from China and the U.S. has uncovered new fossil evidence of one of the earliest devices used by a mother insect to protect and transport her young—an egg case called an ootheca.

Fossils from China that are 125 million years old clearly show an ootheca protruding from the abdomen of a female Piniblattella yixianesis, a previously unknown and long-extinct species of cockroach.

This Lower Cretaceous fossil from north-eastern China shows a female specimen of the prehistoric cockroach “P. yixianesis” with an ootheca attached to her abdomen. Line drawing of same insect is on right. (Images courtesy Journal of Systematic Palaeonetology)

The discovery pushes back the first known evidence of a mother insect protecting her offspring by carrying eggs and young with her by some 10 million years. It is the subject of a recent paper in the Journal of Systematic Palaeontology.

Leathery and long, the ootheca is a capsule that emerges from the female’s abdomen partitioned into 60 to 70 compartments, each containing an egg that hatches into a nymph before the ootheca opens. It enables a cockroach mom to protect her young 24/7 and is one reason that today cockroaches are a diverse and successful insect group that has invaded almost every habitat on the planet. 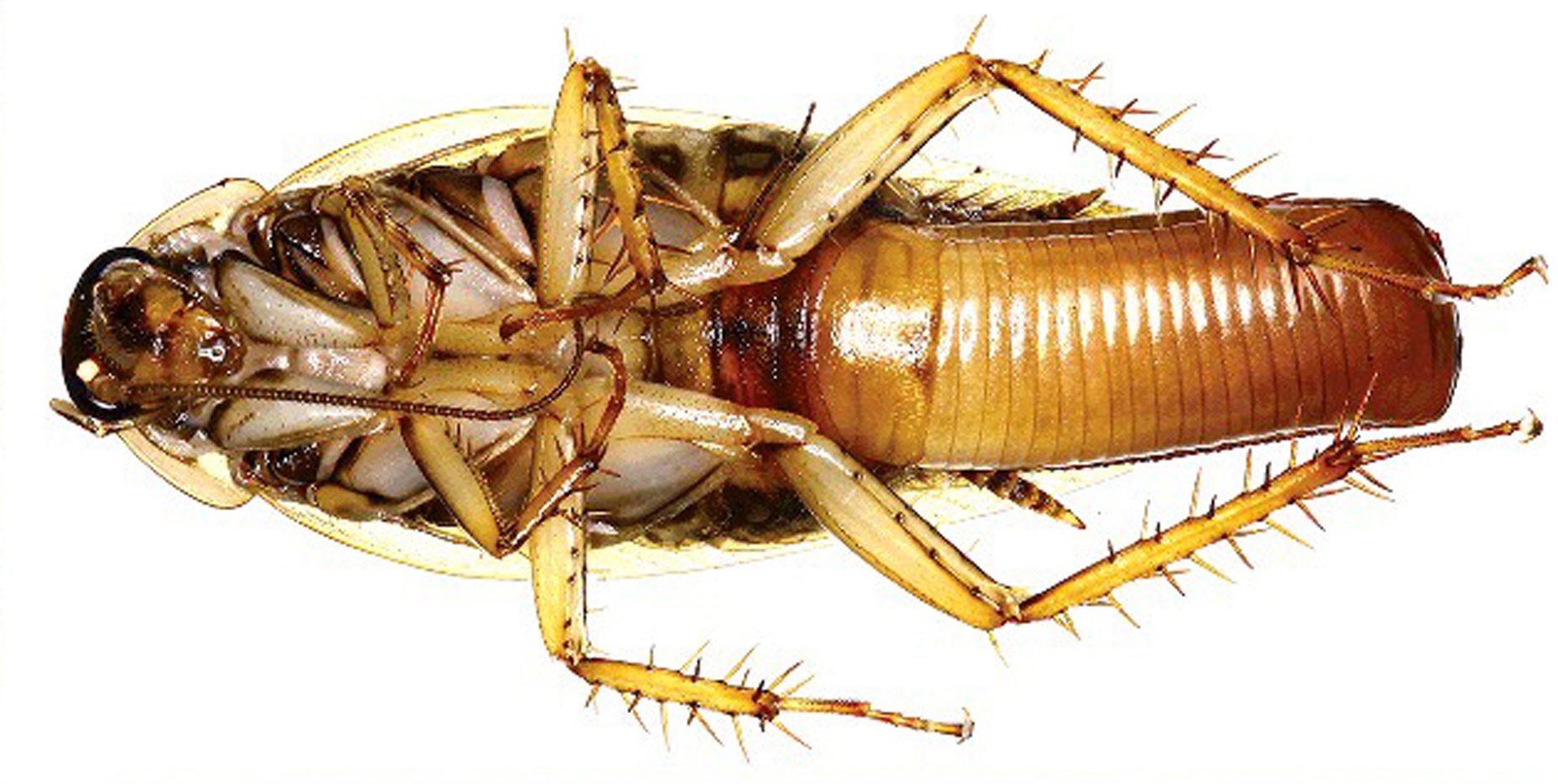 During the mid-Mesozoic, from about 160 to 120 million years ago, an explosion in the number of hungry birds, dinosaurs, small mammals, large insects and other predators drove cockroaches into the hidden, dark places of the world, explains Conrad Labandeira, a paleoecologist at the Smithsonian’s National Museum of Natural History and co-author of the paper.

“Cockroaches adopted inconspicuousness—coming out only at night and feeding on waste—as a response to this huge increase in hungry, insect eaters,” Labandeira says.

At the same time, cockroach maternal care also ticked up a notch. Rather than laying eggs and leaving them behind with the potential to be devoured, cockroach moms developed an ootheca and began carrying their eggs with them everywhere. They would leave behind oothecas filled with newly hatched nymphs in a dark, hidden place to break open and allow the nymphs to escape unseen. 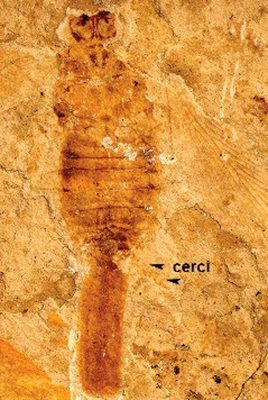 Impression of a female “Piniblattella yixianesis” cockroach with ootheca, from a Lower Cretaceous fossil found in north-eastern China.

As a form of protection, the efficiency of the ootheca over single egg-laying “may have been among the key factors that set the stage for the evolutionary diversification and current ecological success of cockroaches,” Labandeira and his co-authors say in their paper.

Moist on the inside, the ootheca case also prevented eggs from drying out. Being buried in the fermenting decay of leaves and wood prevented damage from excessive cold and heat.

Cockroaches continue to be good moms at mealtime as well, Labandeira says.

“They have been recorded feeding their newly hatched nymphs food transferred from her mouth,” he says. “This begins an inoculation process of the immature’s digestive tract with desirable microorganisms that allow them to digest items—such as cellulose in the wood roach, for example—that they otherwise could not.”

“If the mid-Mesozoic fossil record of cockroaches was better, Labandeira adds, “we probably could track the origin of ootheca back millions of more years, maybe as far back as the Late Jurassic,” or about 165 to 145 million years ago.