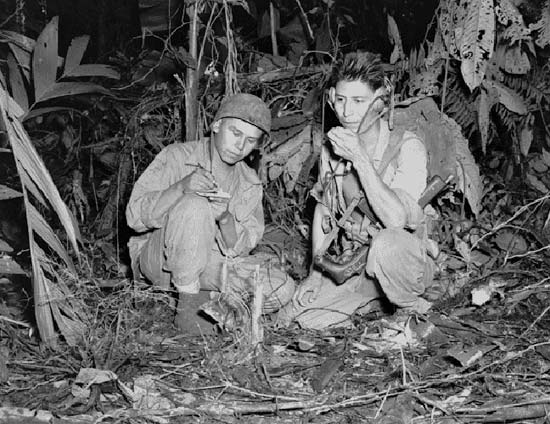 During World War I and World War II, hundreds of American Indians joined the United States armed forces and used words from their traditional tribal languages as weapons.

The Code Talkers’ role in war required intelligence and bravery. They developed and memorized a special code. They endured some of the most dangerous battles and remained calm under fire.

They served proudly, with honor and distinction. Their actions proved critical in several important campaigns, and they are credited with saving thousands of American and allies’ lives.

Click the photo above to learn more at “Native Words, Native Warriors,” a companion website to a 2006 traveling exhibition co-produced by the Smithsonian Institution Traveling Exhibition Service and the National Museum of the American Indian.