The Myth and the Milky Way 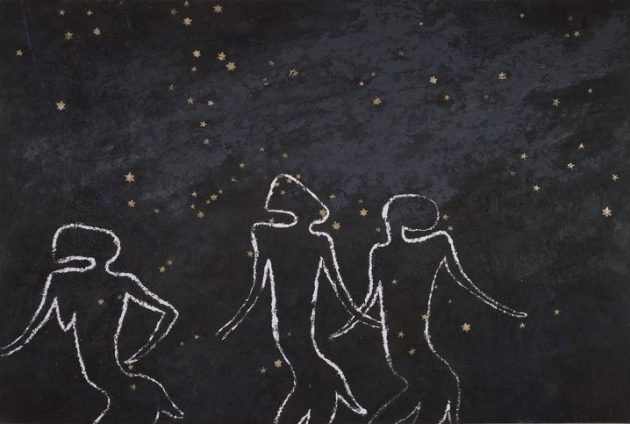 Among the hunter-gatherers of sub-Saharan Africa known as the Khoisan, a myth has been passed on for generations. It recounts how a girl dancing around an evening fire threw glowing embers aloft into the murky night, where they remained as an iridescent band forever illuminating the southern sky: the Milky Way.

Gavin Jantjes (b. 1948, South Africa), in this untitled painting from his series titled “Zulu,” (meaning “sky” or “heavens”) depicted this myth and evoked the deep time of Earth’s existence with these dancing figures in a style reminiscent of southern Africa’s ancient rock paintings.

This artwork is in the collections of the Smithsonian’s National Museum of African Art. It was featured in the exhibition “African Cosmos: Stellar Arts,” which can be viewed online at https://africa.si.edu/exhibits/cosmos/intro.html.