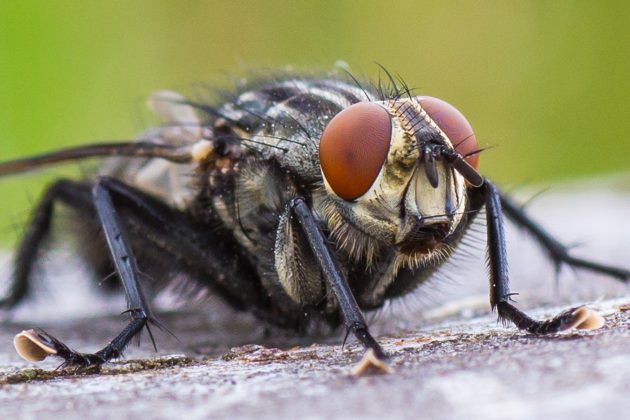 The next time you swat a fly ponder this: inside its belly is the DNA of whatever it ate before landing on your picnic dinner—roadkill, animal droppings or blood from an open wound. Whatever a carrion fly swallows stays in its stomach for some time, a gross concoction that can consist of the flesh and juices from a mixed bag of animals.

Remarkably, two scientists at the Smithsonian’s Tropical Research Institute in Panama recently tested a new use for this nose-turning substance. They extracted the stomach contents of a number of flies and analyzed the liquid with high-tech equipment that can isolate, read and store DNA barcodes.

From just a minuscule amount of stomach gunk, the process simultaneously sequences the different tiny scraps of genetic material swallowed by the fly, a process called “metabarcoding.” By identifying the different DNA signatures carried in the stomach contents of a number of carrion flies captured in a specific area, the researchers were able to generate an accurate tally of the variety of mammal species living in that area. 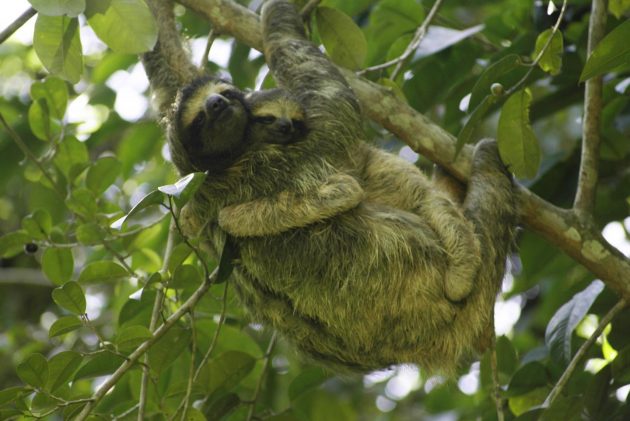 Animals like this three-toed sloth, “Bradypus variagatus,” may be extremely difficult to spot in the dense tropical forest canopy. A group of researchers working at the Smithsonian Tropical Research Institute on Barro Colorado Island in Panama, could detect this and many other, even more, elusive animals using carrion flies. (Photo by Andres Hernandez, STRI )

Such surveys are important for biologists in finding out how numbers of animals change from year to year or from season to season, or to test the effectiveness of conservation actions inside National Parks and nature reserves.

“We are excited to report that metabarcoding of carrion flies is a very effective way to survey mammal communities,” says Smithsonian researcher Torrey Rodgers, now a research associate in Utah State University’s Department of Wildland Resources. “We hope that in the future, this technique can aid in the fight to protect and monitor biodiversity worldwide.”

Rodgers and Karen Kapheim, an assistant professor in Utah State University’s Department of Biology, tested the new mammal-detection technique on the Smithsonian Tropical Research Institute’s Barro Colorado Island in Panama. The island is one of the best-studied tropical forests in the world, where the species list includes 108 mammals, 74 of which are bats. More than 1,000 flies were captured for the study by the scientists with traps baited with chunks of raw pork set out along forest trails. A paper on their work was published in the journal Molecular Ecology Resources. 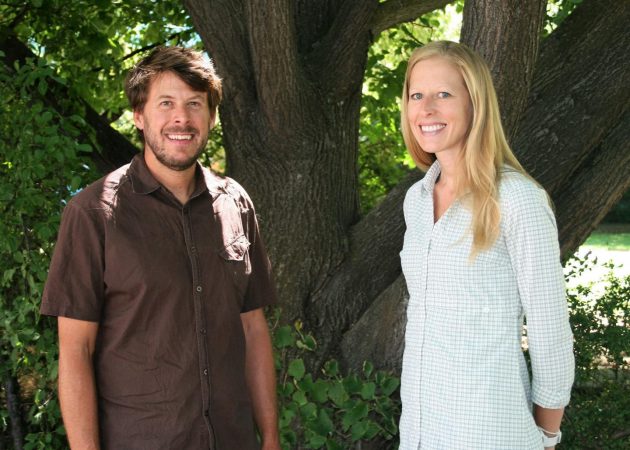 Traditionally, biologists survey animals by walking through a forest and visibly counting them or photographing them with hidden cameras—animals both large and small, nocturnal and diurnal, and living everywhere from deep under a tree’s roots to its topmost branches. This new fly assisted method surpasses these standard techniques and can detect more species than before.

In the recent survey, DNA from 20 mammal species was identified from the stomach contents of carrion flies: including that of monkeys, carnivores, sloths, anteaters, marsupials, rodents, and bats. A camera-trapping survey carried out in the same period detected 17 species, and transect counts detected just 13. The flies found four species not detected by either camera traps or transects, including two bats.

The method is not perfect, the scientists note, as it failed to find three species detected by standard methods. The flies’ taste for waste may help explain this omission. They are fond of the abundant soft droppings of species such as primates, and less fond of the small, hard pellets produced by species like rodents and deer.

Worldwide carrion flies are common in many habitats. They are not choosy, feeding on whatever remains or droppings they come across, swallowing a variety of animal DNA.