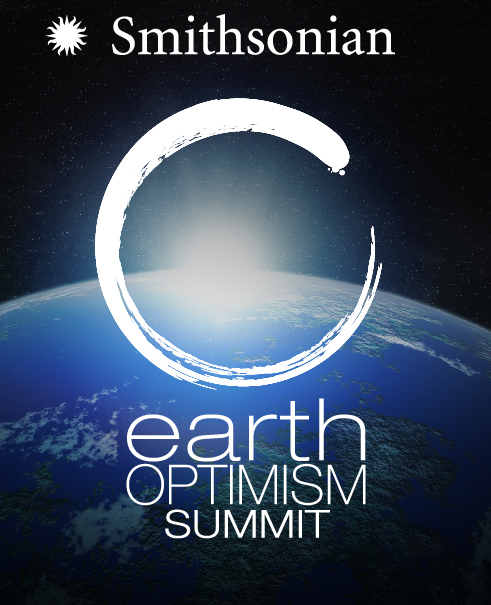 The Smithsonian is celebrating Earth Day this month by hosting the first Earth Optimism Summit from April 21 to 23 in Washington, D.C. Its goal is to change the conversation about saving the planet from one of worry and failure to one of hope and success.

In addition to scientists, thought leaders, philanthropists, and civic leaders, the summit also will bring together artists, historians, writers, and filmmakers to explore what is working in conservation science.

What can a historian tell us about successes in conservation? Insider talked with Pamela Henson, the Smithsonian’s institutional historian and a presenter at the summit, to learn more about how looking to the past can lead to a more optimistic future.

Q: What does the history of the Smithsonian have to do with the idea of Earth optimism?

Henson: The Smithsonian has been working in the field of conservation since our founding in 1846, so it is fundamental to the mission of the Institution. The Smithsonian also has a long tradition of collaborating with others on this type of work, whether with volunteers or other institutions. 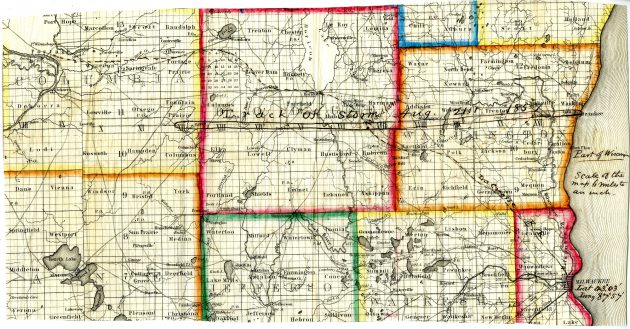 An early example of this was Smithsonian Secretary Joseph Henry putting into place the foundation of the National Weather Service (in 1846). He enlisted volunteers and other collaborators across the country to collect data on the weather and climate in their areas and send it to the Smithsonian to be analyzed. This was the first time the Smithsonian used citizen scientists and its own experts to tackle a problem—the need for reliable, timely information about the weather—and produce data about the observations.

The Smithsonian also played a role in establishing the U.S. Commission of Fish and Fisheries, which would later become the U.S. Fish and Wildlife Service. Assistant Secretary Spencer Baird recognized that the fisheries in New England were in crisis from overfishing. After Baird established the U.S. Fish Commission Station in Woods Hole, Mass. (1871), the Smithsonian made recommendations to protect the fisheries in areas based on the results of marine studies done there. The results of the efforts were mixed—the Smithsonian didn’t have the necessary political clout to put into effect many of the recommendations—but the work further demonstrates the Smithsonian’s commitment to conservation science. 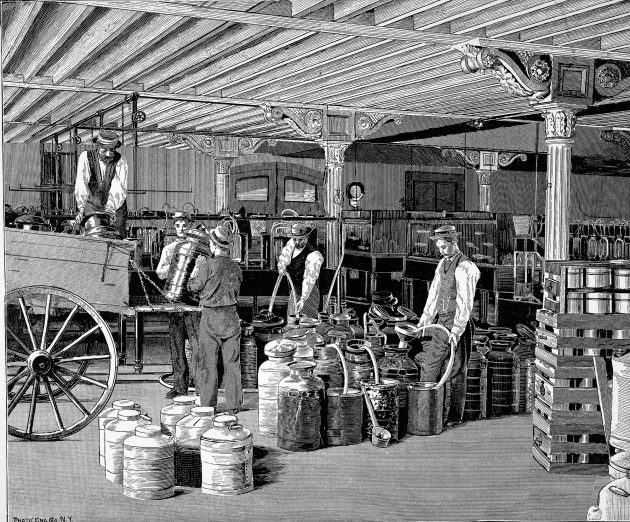 Both of these examples show that the Smithsonian has, from its beginnings, looked at problems facing our country and the world and worked to come up with solutions. We’re not always completely successful, but we try. And we keep trying. We’re still doing work like this today, through programs such as the Center for Tropical Forest Science-Forest Global Earth Observatory and Marine Global Earth Observatory.

Q: Do the Smithsonian’s archives play a role in conservation?

Henson: They do. In addition to historic photos, the Smithsonian Archives has an incredible collection of field notebooks, and these documents contain a wealth of information that can be useful in conservation efforts. The notebooks have observations about an area’s climate, information about native and nonnative species, and data about food chains and species distribution. Ecologists and others can look at the information in these field notes and use it when, for example, they want to restore an area. 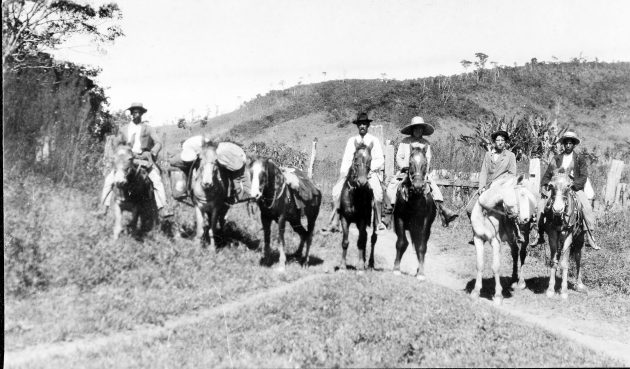 Mary Agnes Chase, honorary curator of the United States National Herbarium at the Smithsonian Institution and botanist at the United States Department of Agriculture, collecting plants in Brazil in 1929. Chase specialized in the study of grasses and conducted extensive field work in South America. In this picture, Chase is on horseback second from right. Much of her correspondence and field notes can be found in the Smithsonian Archives and the Botany Department of the Smithsonian’s National Museum of Natural History. (Image courtesy Smithsonian Archives)

The Smithsonian doesn’t just make this information available to those who come to the Archives. Through our Transcription Center volunteers are transcribing and digitizing these notebooks and other resources, making them available online for anyone to use. When we share data and collaborate, more gets done.

Q: What role do you see history, art, and culture playing in conservation?

Henson: When people see the beauty in the world they are inspired to care about it, and I think that’s something the humanities bring to the conversation about conservation. 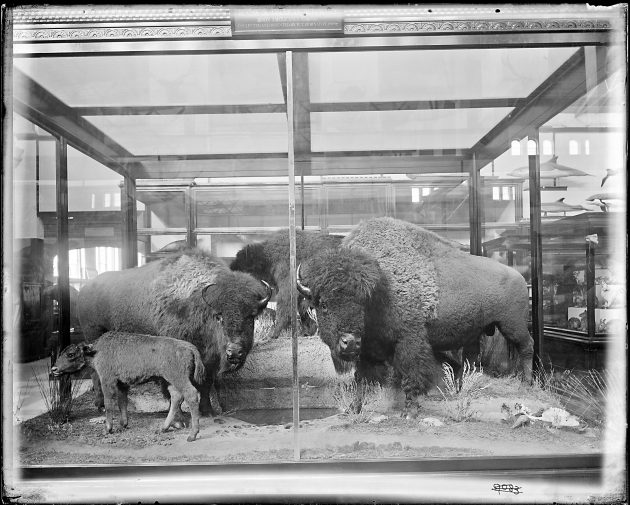 Life group of American bison in the Mammals Exhibit in the United States National Museum, now known as the Arts and Industries Building, c. 1887. The bison were collected and mounted by William T. Hornaday. (Smithsonian Archives image)

One Smithsonian story that illustrates this is that of William Hornaday, the first director of the National Zoo. Hornaday was instrumental in saving the American bison from extinction. In 1886 he traveled to Montana to collect specimens for an exhibition at the National Museum, and he was surprised at how decimated the herds had become due to hunting. Although he’s probably best known for putting live bison on display behind the Castle to educate the public about the importance of conservation, the exhibition he created inside the museum was nearly as successful in saving the species.

Hornaday’s exhibition was surrounded by glass on all four sides to give visitors a full view of the bison in their natural habitat—the animals are standing at a watering hole complete with grass and soil from the Great Plains. It was a beautiful display that brought these animals to life; in fact, it was so successful that it is still on view in Montana today. 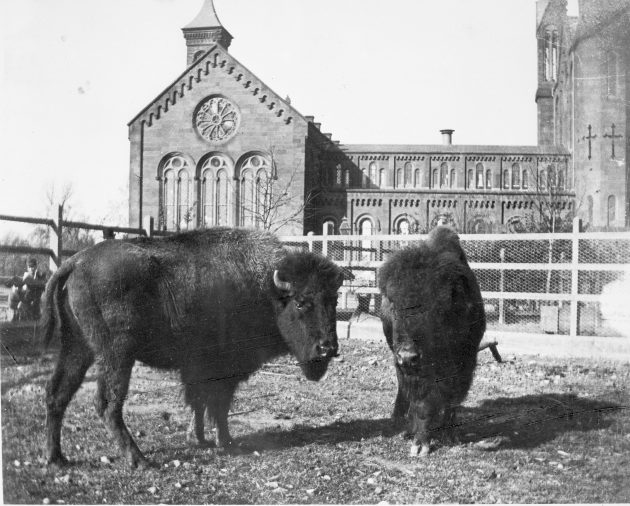 Two buffalo in a paddock in the South Yard behind the Smithsonian Institution Building. They were acquired in 1886 by the United States National Museum’s Department of Living Animals, which eventually became the National Zoological Park. This photograph, taken sometime between 1886 and 1889, predates the founding of the NZP which was established by Act of Congress in 1889. (Smithsonian Archives image)

It’s just one example, but things like Hornaday’s bison exhibition engage people and they begin to care.

Q: Do we have reason to be optimistic about the Earth?

Henson: I hope we do. I think we can mitigate some of the worst problems. This Earth Optimism Summit is right in line with the Smithsonian’s philosophy—by coming together, we can do more.