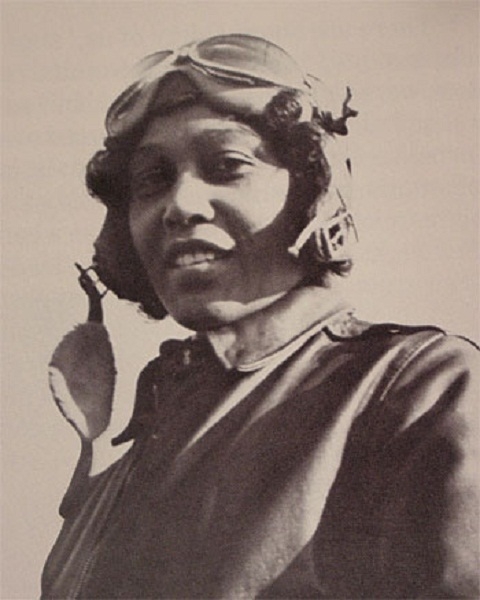 Janet Harmon Bragg is one of the first female black aviators and the first to hold a commercial pilot’s license. She faced adversity nearly all her life not only because she was black but also because she was a woman.

Bragg was born March 24, 1907, in Griffin, Ga. She pursued a nursing degree at Spellman College in Atlanta, where she qualified as a registered nurse in 1929 before she moved to Chicago to work. Bragg had always been interested in learning to fly, and in 1933, she became the only woman in her class when she enrolled at Aeronautical University in Chicago.

Though all the students were black, the others would not help her because she was a woman in what they considered to be a man’s territory. However, as one of the few students with a job, Bragg earned some respect from her classmates when she bought a plane for students to learn to fly. During World War II, she tried to become a WASP but was not admitted because she was black. She later enrolled in the Civilian Pilot Training Program at Tuskegee Institute in Alabama to earn her commercial pilot’s license. Once her flight test was over, Bragg was denied a license because she was a black woman, despite her skills as a pilot. When Bragg returned to Chicago, she retook the examination and passed, becoming the first black woman to receive a commercial pilot’s license.

Later, Bragg and her husband managed two nursing homes in Chicago until they retired to Tucson, Ariz., in 1972. Bragg continued to be active in aviation until her death April 11, 1993.

To learn more about Bragg, visit the Smithsonian Institution Archives at https://siarchives.si.edu/blog/janet-harmon-bragg-female-aviator and view an interview with her at https://siarchives.si.edu/collections/siris_arc_217713. Bragg’s autobiography, Soaring Above Setbacks: The Autobiography of Janet Harmon Bragg, African American Aviator, was published by the Smithsonian Institution Press in 1996.

I was a glittering artwork, on exhibit in Washington, D.C.