An altar in a backyard in Texas. A statue of the Virgin of Guadalupe is encased in a bathtub that has been turned on its end. It is fortified with rocks and decorated with repurposed personal items. This cultural display made using materials at hand is an expression of rasquachismo. 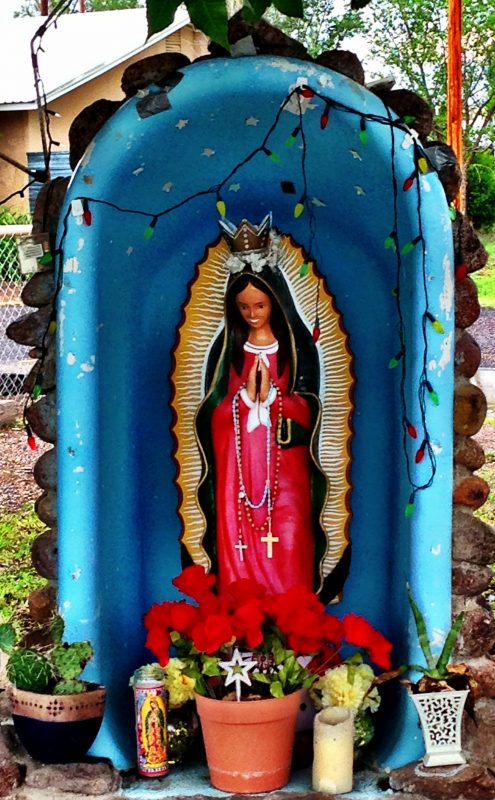 In her review of a 1989 rasquachismo show at Denver’s Chicano Humanities and Art Council Gallery, art critic Jennifer Heath noted: “The zoot suit-era car arrived with a stranger from Colorado Springs, who had telephoned CHAC Director Carmen Atilano just before the opening to ask if he could display it. That’s the nature of rasquache. It belongs to the people, and is nothing more, nor less, than Chicano aesthetics, the sensibilities of the barrio, that mingle Mexican and Anglo-American experiences into everyday life. In Spanish, rasquache means ‘leftover’ or ‘of no value.’ In Chicano vernacular, it describes an attitude, the taste or lifestyle of the underdog.”

Yet in the fine art world, rasquachismo is a conceptual aesthetic category referenced, not as often as it could be, alongside movements such as expressionism, minimalism and surrealism.

“Scholars, critics and makers of Chicana/o (as many Mexican-Americans identify themselves) art periodically revisit the question of how rasquachismo is useful as a specific art category,” Josh T. Franco, Latino collections specialist at the Smithsonian’s Archives of American Art, explains. “’Assemblage’ or ‘found object’ sculpture are conventional art terms often used to identify what could also be considered rasquachismo.” 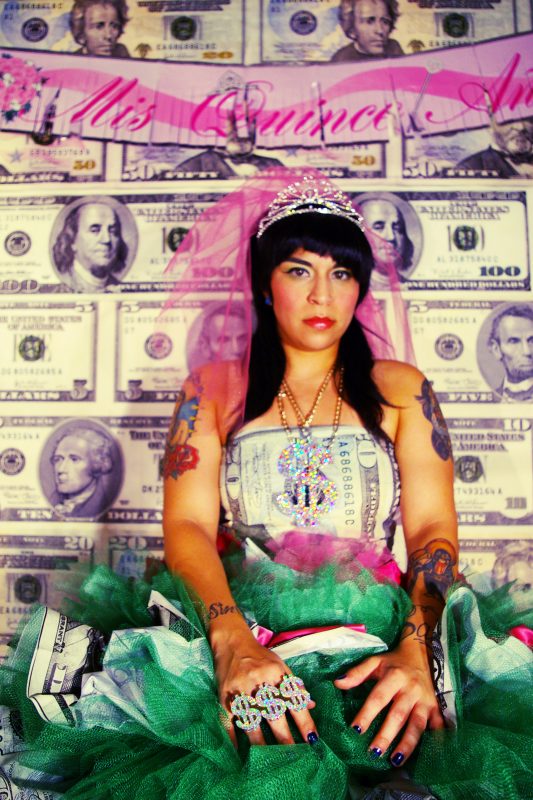 “According to Chicana/o art scholar Tomás Ybarra-Frausto, rasquachismo should be considered first as an attitude and a sensibility, and secondarily as a set of formal art qualities,” Franco continues. “Whether or not its place in art history as a distinct aesthetic category is maintained and strengthened is up to us, the archivists and art historians. There is already a strong foundation of relevant materials in the Archives of American Art, and scholars can look forward to incoming collections from cities like San Antonio and Denver in the next year or so to add further content. I’m excited to help those interested navigate the materials here so they can produce the next generation of scholarship on rasquachismo.”

“Younger generations of Chicanos are embracing our heritage in new ways. Often, we didn’t have the same experiences that our grandparents and great-grandparents did as farmworkers and manual laborers. Instead we’re going into higher education, pursuing PhDs or masters of fine arts degrees, finding ways to creatively express an inventive yet rebellious attitude inspired by our bicultural upbringing,” Franco adds. 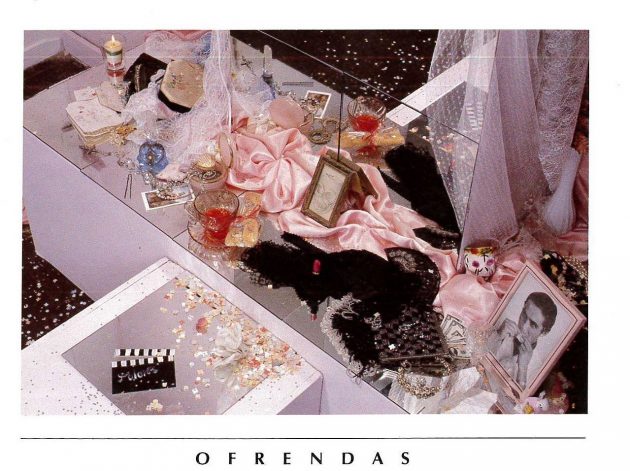 Rasquachismo stems from the word rasquache, which is used to describe an attitude that is lower class, in bad taste or too frugal. “My grandmother once heard me give a talk about my dissertation on rasquachismo,” Franco says. “Afterwards, I asked her what she thought. She said she didn’t understand why I was making such a big deal about it. I asked what it meant to her and she replied: ‘It’s like if a friend invites you to get ice cream and when you’ve ordered she says she doesn’t have money and asks you to pay for her. That’s rasquache!’”

Artist, curator and scholar Amalia Mesa-Bains describes rasquachismo as “the view of the underdog, which combines inventiveness with a survivalist attitude.” She describes it as making the most from the least, using discarded and recycled materials, even fragments, to create a new aesthetic that is both “defiant and inventive.” Mesa-Bains conceived of “domesticana,” rasquachismo revised through a feminist lens, useful for describing her and other Chicana artists’ works that re-signify feminine elements of domestic life. 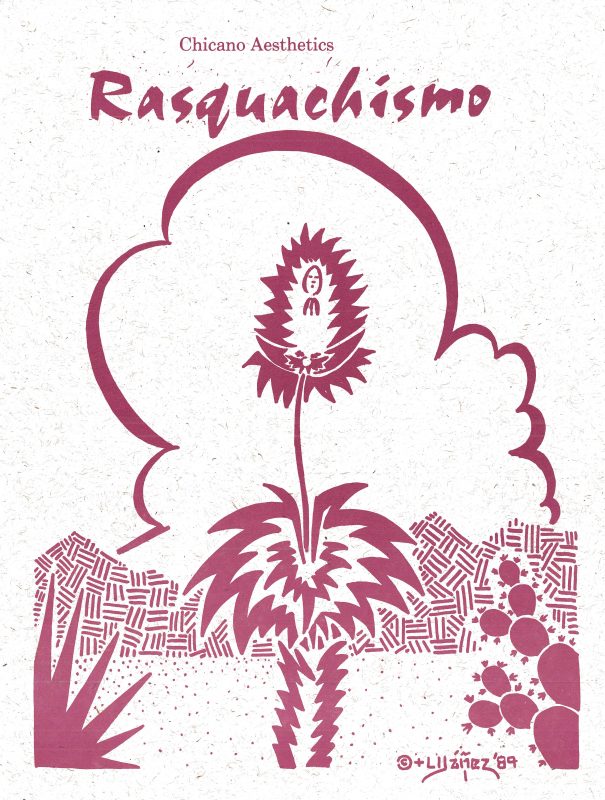 Writer and scholar Alicia Gaspar de Alba, founding faculty member and former chair of the UCLA César E. Chávez Department of Chicana/o Studies, breaks rasquachismo down into three degrees. “The first degree is not attached to fine art at all,” Franco explains. “It is the altar with a bathtub on its end in someone’s backyard.”

“The second degree of rasquachismo is the commercialized, flat images of Mexican-American and Chicano culture that have been re-purposed to sell products—the Taco Bell Chihuahua or an image of the Virgin of Guadalupe on a t-shirt,” Franco says. “They are our symbols appropriated for mass production and commercial consumption.” 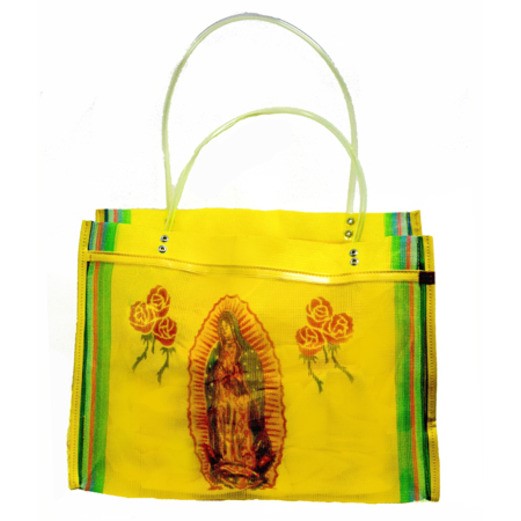 “Third degree rasquachismo is found in fine art,” Franco says. “It is a reflection of the first degree—the same attitude and reusing of materials to form a new aesthetic—only specifically in a contemporary art setting.”

“Explaining the term, especially to non-Spanish speakers, is challenging,” Franco admits. “It’s often described as kitsch, but that’s not quite right since kitsch typically has a universalized applicability. A more accurate answer to what is rasquachismo is mostly anecdotal: it’s about the back story as much as the artwork or object itself.”