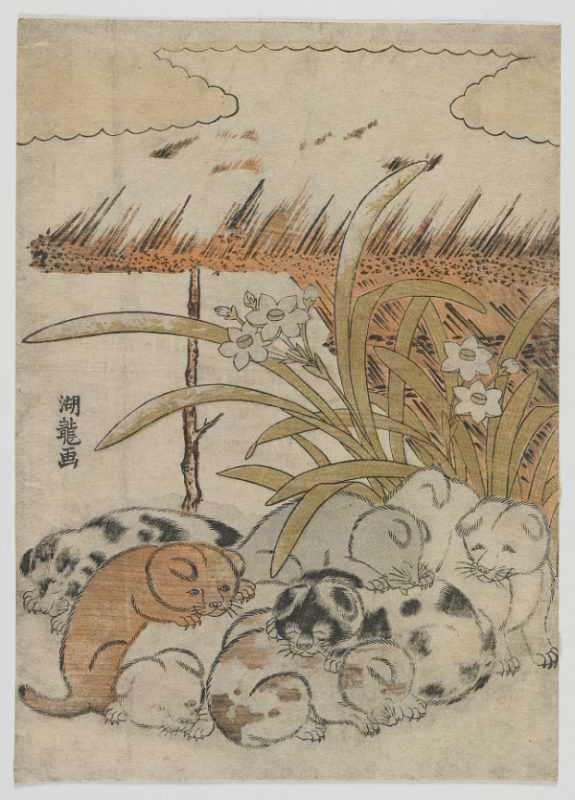 Perhaps puppies cuddling in the snow makes winter’s bite not so unpleasant?

In one of his most charming designs, Japanese artist Isoda Koryūsai (1735–1790) depicted seven puppies huddled together under a shelter that protects a blossoming narcissus from the snow. The woodblock print, from the Smithsonian’s Arthur M. Sackler Gallery, also incorporates references to 1778, the year in which the print was published. Each year in the cycle of 12 years was associated with an animal of the zodiac; 1778 was the Year of the Dog, as was the seventh year of the An’ei era (1772–81), which is represented by the seven puppies.

Koryusai established kachoga (translated as “bird-and-flower painting”—but covering many natural motifs), which had a long history as a subject of Chinese and Japanese painting, as an important subject of Japanese prints. He produced some 150 designs of flowers, birds and animals.

The print is not currently on display; more information about it is available here: http://www.asia.si.edu/collections/edan/object.php?q=fsg_S2004.3.25.