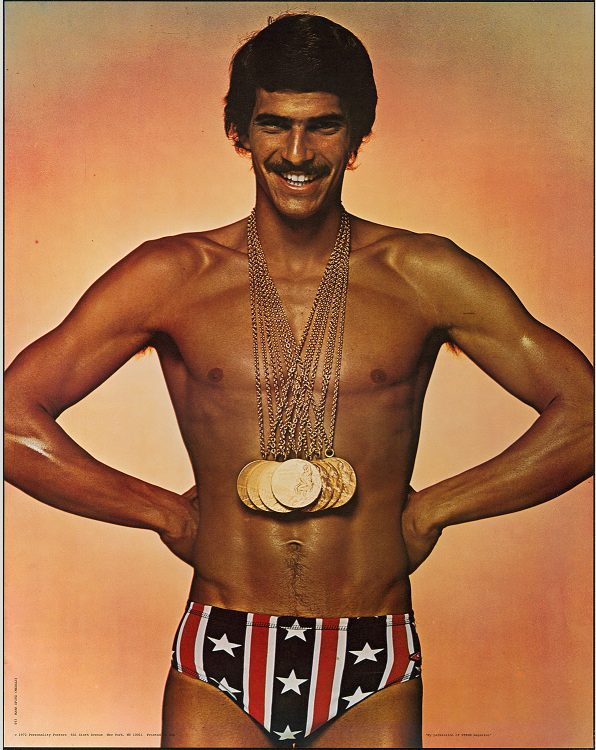 With the kickoff of the 2016 Summer Olympics in Rio de Janeiro imminent, the time was right to pull out this groovy 1972 portrait from the Smithsonian’s National Portrait Gallery. It shows the mustachioed swimmer Mark Spitz sporting the seven gold medals he won that year.

Spitz had competed in the 1968 Olympics, but the 1972 games in Munich saw him reach Olympics immortality when he set the world record for the most gold medals won during a single Olympic Games, collected in both individual and team events.

More Olympians in the Portrait Gallery’s collection can be viewed here: http://npg.si.edu/portraits/olympians.

More Olympics items in the Smithsonian collection are here: http://americanhistory.si.edu/collections/olympics.