Smithsonian’s mosquito collection is weapon in battle against Zika 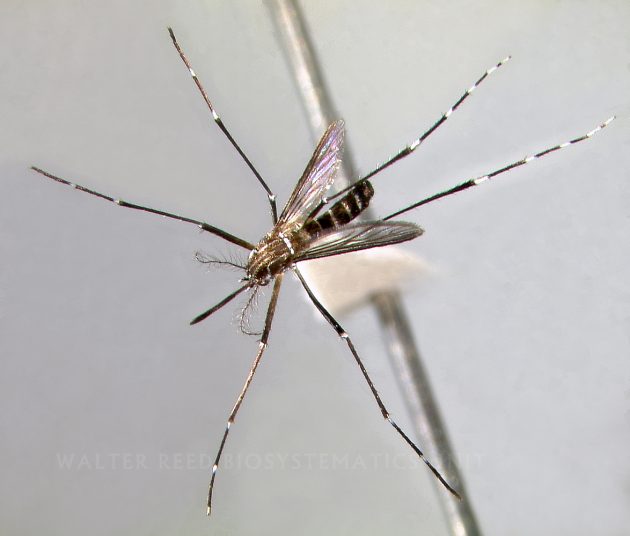 In association with man, “A. aegypti” will use any and all natural and artificial containers as larval breeding sites. Away from urban areas the species tends to favor pools in river beds, tree stumps, tree holes and natural containers. Females are primarily day biters and readily enter buildings to feed. They have also been taken in lesser numbers at night.

As the Zika virus is rapidly taking hold around the world, health officials are racing to find its cause and prevent further spread of the disease. They’ve recently confirmed that the mosquito species Aedes aegypti is the primary vector for the virus, which causes fever, rash, joint pain and conjunctivitis (red eyes). During pregnancy Zika can cause microcephaly, a serious birth defect, and other severe fetal brain defects. Determining where Aedes aegypti populations are now, and where they will most likely appear next, is one key to protecting people from Zika.

David Pecor has been working to answer those two questions since December when he got a call from the Armed Forces Pest Management Board wanting to know when they should start conducting surveillance for the A. aegypti mosquito at various military bases around the U.S. 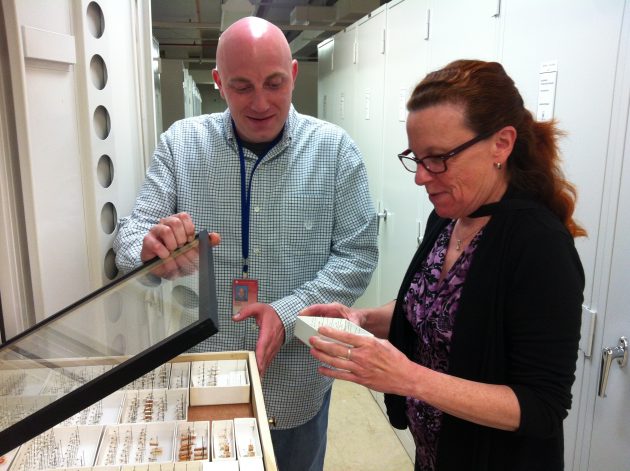 “We have somewhat of an idea, but not as good as we could have,” Pecor says. “That’s important when deciding where to spend time and resources on mosquito eradication and prevention.”

Pecor is technical assistant for VectorMap, an online tool that allows users to create maps showing locations where specific mosquito species have been collected and identified in the past and predicts the geographic range of individual species.

VectorMap was created by the Walter Reed Biosystematics Unit (WRBU), which conducts research on disease-carrying insects such as mosquitos, ticks and sandflies. Since 1961, WRBU has curated and maintained the National Mosquito Collection at the Department of Entomology of the National Museum of Natural History in Suitland, Md. 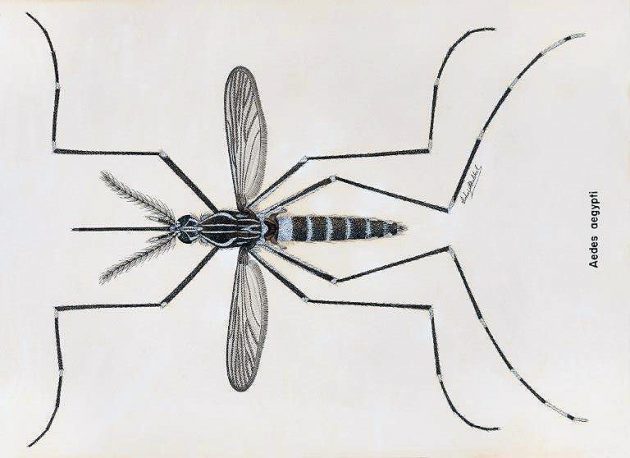 Using VectorMap data Pecor and his colleagues  submit a weekly update to the military guiding them where to conduct surveillance for A. aegypti, and a second suspected Zika carrier Aedes albopictus.

The known range of Aedes aegypti spans 30 states from Florida to Connecticut and California, but within that large swath of territory, the species is not present in every location, and it’s not present at all times. As of late May, for example, it had not yet appeared in Washington, D.C., despite being a regular summertime resident. 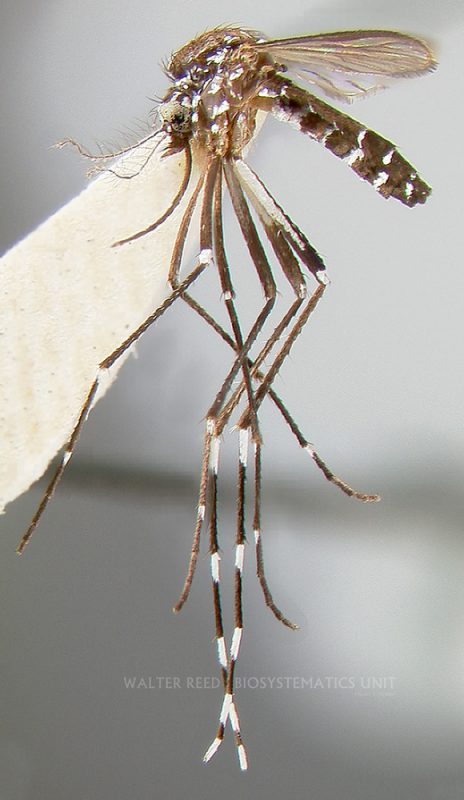 Larval “A. albopictus” are found in natural containers, including treeholes, bamboo stumps, coconut shells, rockholes, palm fronds, and leaf axils. They are also found in all varieties of artificial containers and will breed indoors. Females readily bite humans. “A. albopicusare” is suspected to be a vector of the Zika virus.

Temperature is a key factor for predicting Zika risk, Pecor says. A. aegypti becomes active at 13 degrees Celsius (55.4 degrees Fahrenheit), and the Zika virus begins to replicate inside its mosquito host at about 18 degrees Celsius (64.4 degrees Fahrenheit). Additional conditions may be required for the presence of the mosquito or the virus that researchers don’t yet understand. Pecor hopes increased surveillance will shed light on these factors.

Uniquely adapted to live around humans, A. aegypti prefers man-made water reservoirs such as flowerpots and old tires rather than natural puddles and pools. They are also day-time biters, meaning people are at risk during the day when they are most active. One characteristic that makes them particularly effective at spreading disease is that females are blood “sippers,” tending to feed on multiple people to get the full blood meal required to lay eggs. So once an A. aegypti mosquito becomes infected it is more likely to transmit disease than a species that takes a single blood meal.

In addition, an infected female can pass viruses like Zika to her offspring which will emerge as adults capable of transmitting the disease. The eggs, which a female lays in batches of 100 to 120 every four to five days can survive extreme dryness, which may aid the spread of disease because the eggs can be transported long distances in tires, potted plants and shipping containers. Once deposited in a new location and rewetted, the larvae emerge and grow to adulthood.

After the Zika outbreak began, the team at WRBU distributed general information about A. aegypti and A. albopictus to military command. They provided guides for collecting and identifying both species. “We were able make an impact right away because we know a lot about this vector,” Pecor says. “We already had high resolution photos of it and identification keys.”

On a regular basis Pecor is adding confirmed reports of A. aegypti from scientific literature and museum specimens to the VectorMap database along with important collection information such as location, habitat, method of collection and a host of conditions such as temperature and time of day. The data is a compliment to what is already the largest, most comprehensive mosquito collection in the world with some 1.5 million specimens. Collection data consists of more than 50,000 records for A. aegypti alone.

This data is helping Pecor and his colleagues improve risk assessment models not only for Zika, but for the other mosquito-borne diseases as well, including Dengue fever, yellow Fever and chikungunya.

“For the same reason you have a museum for objects—to preserve the historical record—you need a museum for data so it’s available if something happens,” he says. “If we don’t have the data to plug into our risk assessment models we’ll have to start over again if another outbreak of some new disease occurs.”