A Purple Accident and Its Vibrant Impact on the Modern World 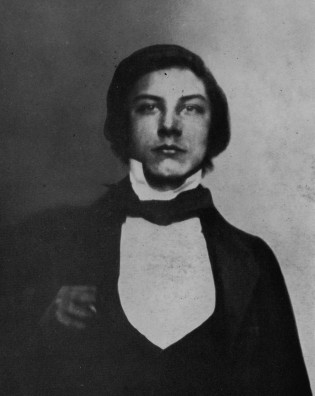 A self-portrait of William Henry Perkin at age 14. He would revolutionize the textile world just four years later with his invention of one of the first synthetic dyes. (Photo courtesy The Chemical Heritage Foundation)

If you were an average person in the 18th and early 19th centuries, chances are your wardrobe was 50 shades of beige, with maybe a couple pieces in black for variety. Fabric dyes had to be made from natural sources like plants and certain insects. Dyes were also very expensive to make, hence cotillions with the upper class were colorful affairs while country barnyard dances were comparatively drab….That is, until an English chemist changed the world with the color purple.

In search of a treatment for malaria in 1856, 18-year-old William Henry Perkin experimented with coal tar, a thick, dark liquid by-product of coal-gas production. His experiment failed in achieving Perkin’s hoped-for outcome, but it succeeded in creating one of the world’s first synthetic dyes―the resulting oily residue from his experiments stained silk a brilliant purple. He called it mauveine.

“Color in a New Light” explores the theme of color through the vast collections of the Smithsonian Libraries, including rare books and trade literature. The exhibition features the science and nature of color, spectrum analysis, camouflage, synthetic dyes, color models and trends in products from cars to clothes.

Perkin’s discovery was a symbolic starting gun in the race to create synthetic dyes. Germany quickly took the lead and founded the BASF company in 1865 specifically to manufacture dyes. Women’s magazines were simultaneously filling with images of the growing number of colorful wardrobe options for the consumers of the 1860s and 70s. 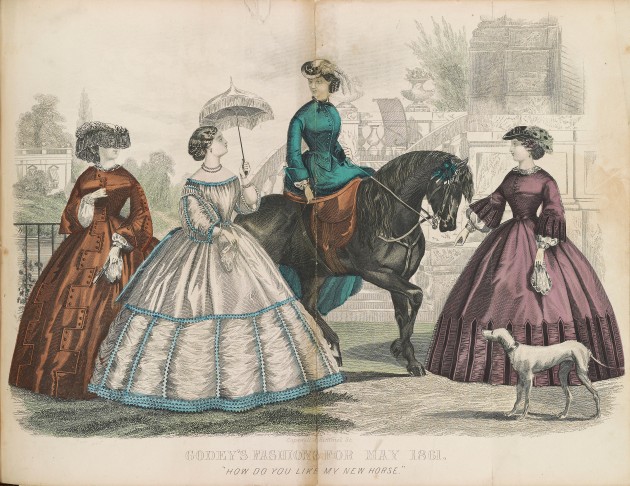 The new purple dye was quickly embraced by the fashion world, as illustrated in this 1861 edition of Godey’s Lady’s Book and Magazine. (Image courtesy Smithsonian Libraries)

“Perkin’s impact went well beyond the fashion world,” said Cohlman Bracchi. “He paved the way for modern chemistry to move into industrial applications, and indirectly led to advances in modern medicine, explosives, photography, and plastics.”

Visitors can learn about Perkin and his discovery in the “Color in a New Light” exhibition in the National Museum of Natural History in Washington, D.C. and on the Smithsonian Libraries’ website.