Bei Bei, Bao Bao, Tian Tian. Many people recognize the names of the giant pandas that reside at the Smithsonian’s National Zoo. Yet Juan Rodriguez is a name that few panda lovers probably know. Rodriguez is an animal keeper at the Zoo and one of the staff responsible for caring for these important—and adorable—animals. We caught up with Rodriguez to ask him how he came into his job at the National Zoo and what he considers the favorite part of his work. 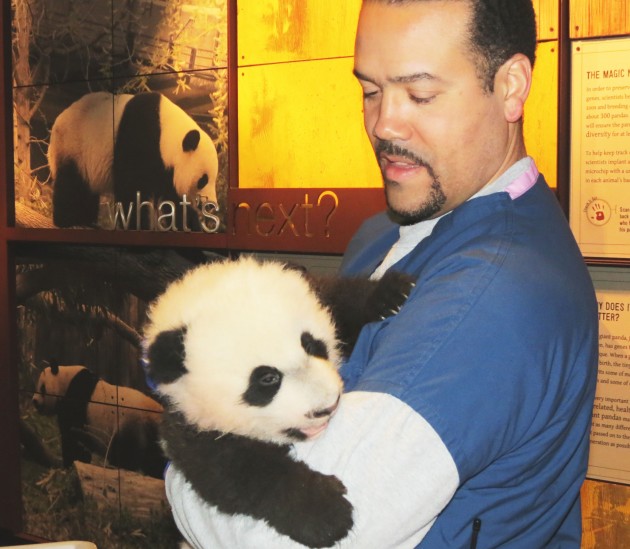 Q: When did you become interested in working with animals?

Rodriquez: I’ve wanted to work with animals since I can remember. My family moved from Puerto Rico to the Washington, D.C. area when I was 3 years old, so I did all my schooling in Maryland and D.C. As a senior in high school, I had to figure out what I wanted to study in college, and that’s when my desire to work with animals materialized. I was accepted to the University of Maryland and decided to pursue a career in veterinary medicine. To get some experience in the field, I started working part-time at a local veterinary hospital while attending college.

Q: How did you come to work at the National Zoo?

Rodriguez: While working in the veterinary hospital, I learned there was a volunteer program at the Zoo, so I applied and joined the Zoo as a volunteer. I’d been volunteering for four months when a golden opportunity presented itself—an animal keeper in the cheetah conservation station was leaving, and they needed someone to fill the position. I decided to take a break from school so I could work in that position and gain some valuable experience. What was supposed to be a one-year post turned into five-and-a-half years working as an animal keeper and in the Zoo’s veterinary hospital.

Then I had to make the difficult decision to leave the Zoo so I could finish school and get my degree. I went back to school full-time at George Mason University, but I didn’t stay away from the Zoo for long. I returned to the Zoo as an animal keeper in 2006 when its exhibition Asia Trail opened. Five years later, I was assigned to the giant panda team, and I’ve been here ever since.

Q: Have you always worked with giant pandas?

Rodriguez: Not always. First, I worked with cheetahs at the National Zoo’s cheetah conservation station for two years. Then I had the incredible opportunity to act as the project leader for the clouded leopard conservation consortium in Thailand. There I helped hand-rear two endangered clouded leopard cubs while managing all aspects of the facility, including staff and budgets.

When I returned to the Zoo in 2006, I became known as a sort of jack-of-all-trades animal keeper because I had experience working with the many different species in Asia Trail, not just cheetahs. Throughout my career I’ve worked with pretty much every animal you can think of, from large mammals to small mammals, but also invertebrates, birds, fish, reptiles and amphibians. 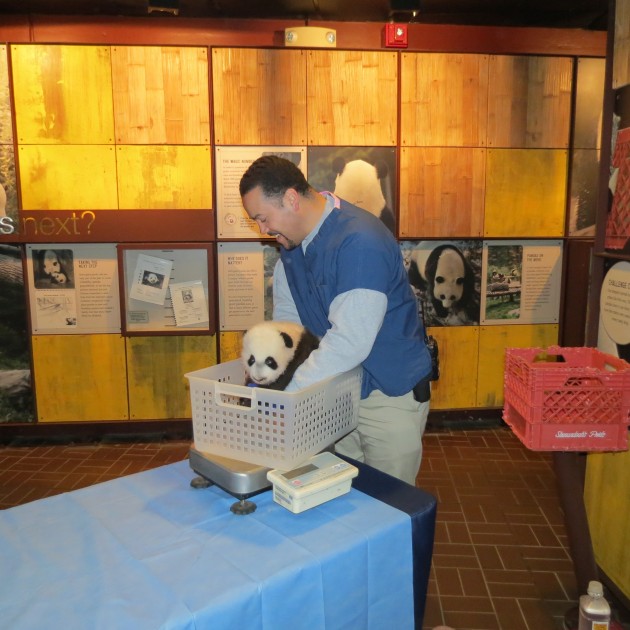 Q: What is your favorite part of your job?

Rodriguez: The fact that we’re working to save a critically endangered species. There are less than 2,000 giant pandas in the wild, and only four zoos in the United States care for giant pandas, so I consider the work that we do incredibly important. I have great respect and appreciation for the people I work with. Everyone here works together as a team, helping each other learn and grow. It’s a fulfilling and encouraging work environment.

I’m also very proud as a Latino working on the conservation of a critically endangered species. To represent Puerto Rico and Latinos in the U.S. is a great honor, and my wish is to see more Latinos getting involved in helping to save species. I’m grateful for this job because it gives me a platform to talk to minorities and let them know that they can pursue this as a career path. To inspire and encourage younger generations to care for animals and work in animal conservation.

How do National Zoo animals beat the heat? Bloodsicles and other frozen delicacies