Got a kid who’s expecting the new Xbox One under the Christmas tree, or a teenager who absolutely must have the latest phablet?

You’re not alone—kids have been clamoring for the latest and greatest tech toys long before “high-tech” became a buzzword in 1972.

Toys occupy a funny spot in a culture’s psyche. Intended to be used and often abused, they also reflect a society’s technological values and progress.

“Growing up in the 1960s, we had TV, but my grandparents grew up with radio,” Wallace says. “My niece and nephew grew up with the Internet. The idea of technological change that goes on within people’s lifetimes was there even in the 19th century, and is still going on in the 21st.”

Here, from the collections of the Smithsonian’s National Museum of American History are five toys that were high-tech in their day, and were probably once an especially welcome holiday surprise. 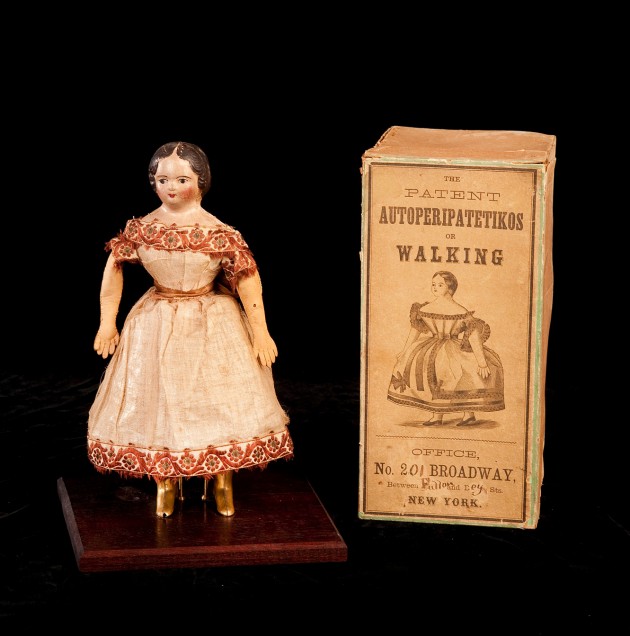 Will creepy, lifelike dolls ever not be a thing? Dating to just after the Civil War, Enoch R. Morrison’s “Patent Autoperipatetikos” was patented on July 15, 1862, and named for the thing it does—it walks itself. Under a dress that Mary Todd Lincoln might have worn, a wind-up spring mechanism moves the doll’s tin legs back and forth. It was one of the first American-made spring-driven toys to find popularity in Europe, where wind-up toys had been the playthings of the elite since the early 1500s.

Cast-iron toys, like this horse-drawn fire pumper, remain a popular collectors’ item even today, perhaps in no small part for the nostalgia they inspire. The pumper, possibly produced by Dent Hardware Company between 1905 and 1910, is part of a 1,400-piece collection of cast-iron toys in the National Museum of American History. Produced between the 1870s and 1950s, these toys show advances such as the transition from equine to automotive horsepower, and in this case, how steam pumpers had replaced hand-powered pumpers. During the first half of the 20th century, horse-drawn vehicles faded from production, replaced by the latest model of toy truck or tractor—as did toy steam pumpers, supplanted by the modern water pump 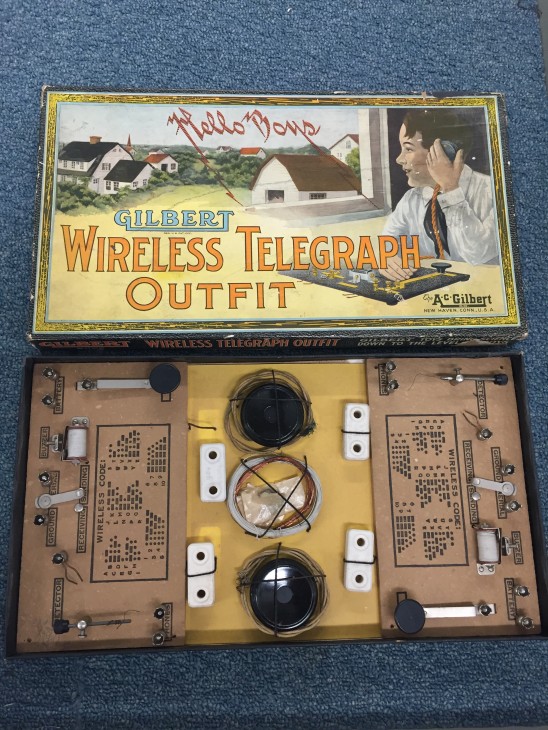 Short of throwing a paper airplane with a note across the street, at the turn of the century kids had to communicate the old-fashioned way: in person. Chatting with someone from afar is something we all take for granted in the cell-phone era, but imagine how excited a child in the early 1900s would have been to have that ability. Complete with a galena crystal to receive radio transmissions and a battery to send them, this working short-wave wireless telegraph for kids enabled friends to tap out messages to one another via Morse code. The A.C. Gilbert Company, founded in 1909, is best known for its enduringly popular Erector sets. Other toys the company produced included a range of kits investigating chemistry, microscopy, astronomy and radioactivity—complete with a working Geiger counter. 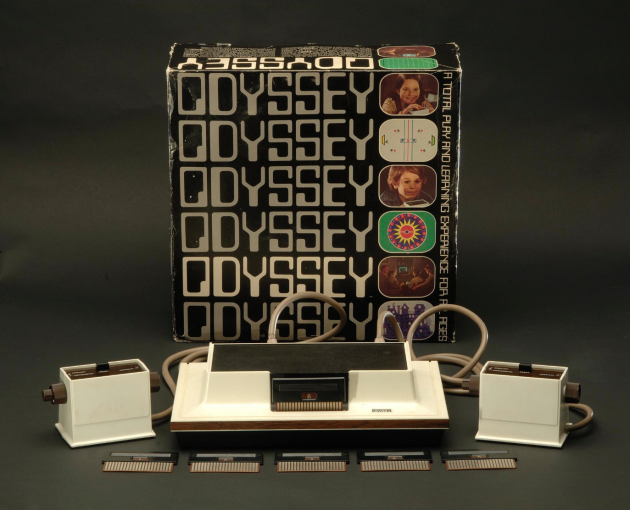 The great-granddaddy of today’s Playstations, Wii Us and Xboxes, the Magnavox Odyssey was the first commercially released console video game system. Developed by Ralph Baer from his “Brown Box” prototype, the Odyssey had limited commercial success, selling only 100,000 units in its first year, and around 350,000 overall. But, says Drew Robarge, an American History museum specialist who concentrates in video games and their history, the Odyssey advanced the idea that games could be played on a TV—a concept that took hold and never let go. “Video games started out as a fun distraction at bars, at arcades, and at home with simple and competitive game play,” Robarge says. “As video games evolved, the variety of experiences increased, whether undertaking an epic quest to save the world, socializing with thousands of people in an online gaming community, or just killing time while you wait in line.” 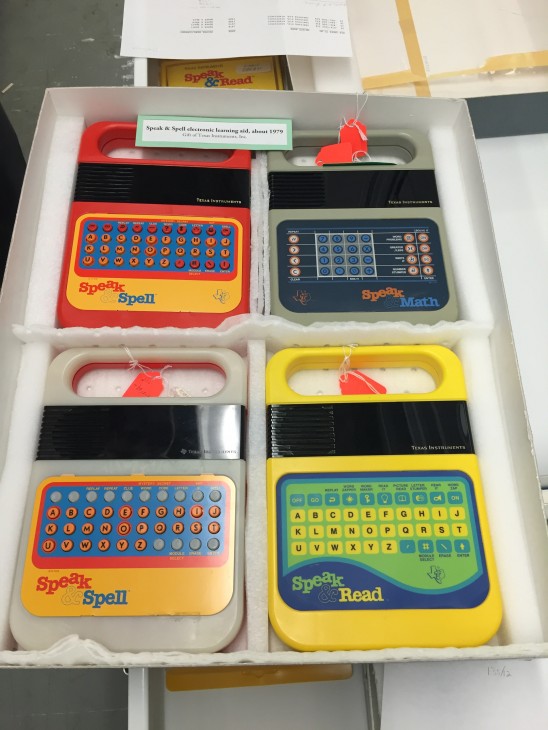 Texas Instruments’ Speak & Spell was a showcase of modern technology with its LED display, solid-state memory and removable cartridges for expandable play. It was one of the first devices to use a digital signal processor to produce speech—an early and successful example of creating a vocal tract from a silicon chip. Speak & Spell, says curator Wallace, is one example of new technologies being combined in innovative ways that their inventors may not have envisioned. “Technologies don’t arise in a vacuum,” he adds. “They’re made, influenced and used by people.”