Stealthy. Aggressive. Lethal. Assassin flies are predators that hunt and feed on other insects. They are the third most diverse group of flies, with more than seven thousand species already identified and countless others yet to be discovered. Most assassin flies are grey and black, but some are brightly colored and mimic other insects like bumble bees and wasps. 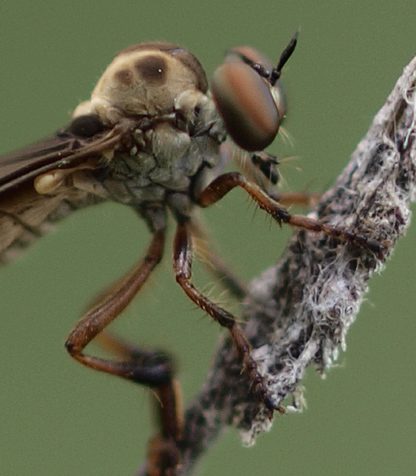 Operating since: 120 million years ago 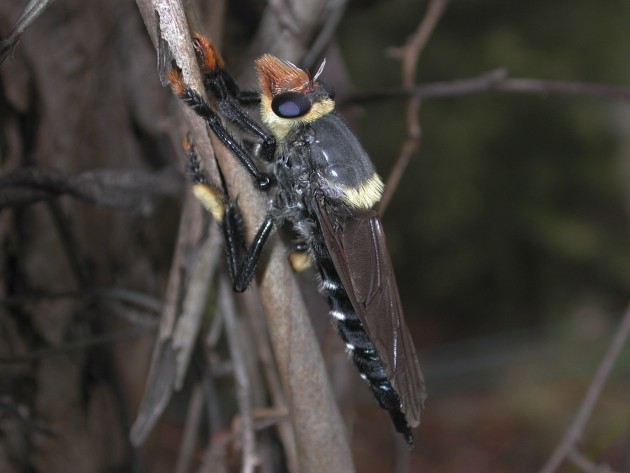 According to Torsten Dikow, curator in the entomology department at the Smithsonian’s National Museum of Natural History, assassin flies are “aggressive, visual predators that perch on vegetation and rocks to look for insects flying by. Once an assassin fly spots its prey, it follows and attacks it in flight by grabbing the insect with its legs, biting it on its back or side, and injecting it with venomous saliva.” 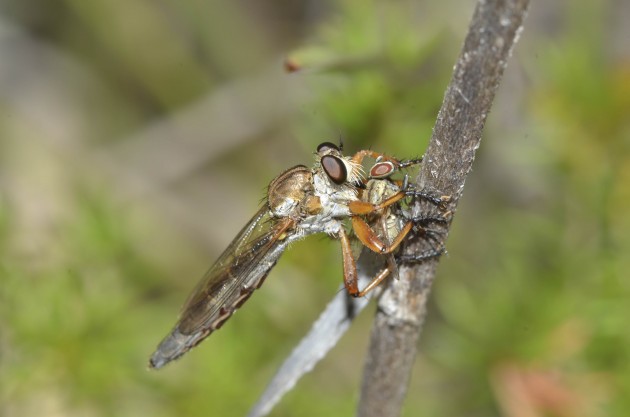 Assassin flies inject their venomous saliva into their prey. In this photo an assassin fly (“Smeringotus sp.”) injects a fly of a different family. (Photo by Jean and Fred Hort)

The venomous saliva kills the insect almost instantly. The assassin fly is able to hold on with strong, bristly legs that form a basket to carry its prey to a perching site where the fly can eat at its leisure.

“The saliva not only kills the insect, it liquefies its insides too, which the fly sucks up through its mouthparts,” Dikow explains. “Once it’s done eating, the fly leaves the empty carcass behind and starts looking again for more prey.” 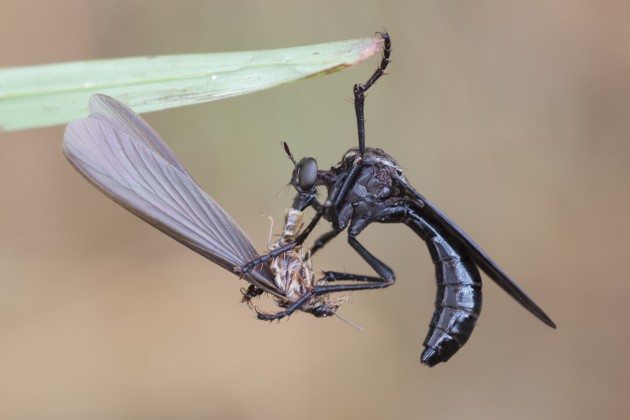 Scientists know very little about the assassin fly’s venomous saliva. “We don’t really know what the toxins are or how the venom works,” notes Dikow. “We don’t know how it compares to the venom in other arthropods like scorpions or even other animals like snakes or jellyfish.”

As for its victims, assassin flies are equal opportunity predators—they will attack any insect of a size they can subdue. Some will attack insects that are larger than them and some will even attack fellow assassin flies. A few species specialize on one insect, like an African assassin fly that perches on elephant or rhino droppings to hunt dung beetles. Some are opportunistic hunters that happen upon an insect’s home, like a beehive, and just wait for the bees to fly by and then attack them. 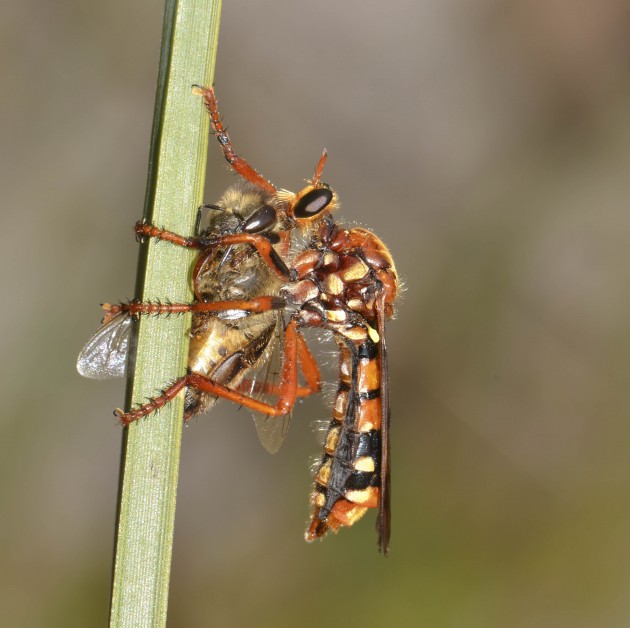 “Assassin flies can have a somewhat negative impact on agriculture,” Dikow says. “For example, if they specialize in honey bees and hunt the bees entering and exiting a beehive, they can adversely affect their population. Ironically, these flies can’t be effectively used for pest management since they’re not specialized enough. Anything in their size range is on the menu.”