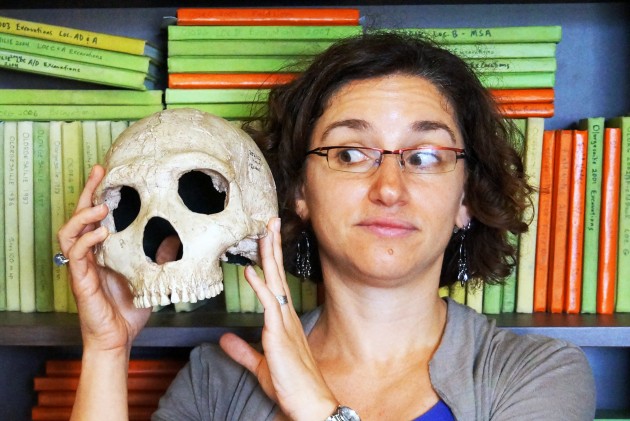 Smithsonian paleoanthropologist Briana Pobiner gives us a closer look into what may have caused Neanderthals to disappear. (Photo by John Gibbons)

Neanderthals (Homo neanderthalensis) were widespread across Europe and Western Asia for a long time, starting about 400,000 years ago. But things began to change when populations of Homo sapiens (earlier members of our own species) migrated from Africa to Europe at about 45,000 years ago. Five thousand years later not a single Neanderthal remained. What happened? To find out, Smithsonian Insider posed a seemingly simple question to Briana Pobiner, paleoanthropologist at the Smithsonian’s National Museum of Natural History.

Q: So, why exactly did Neanderthals go extinct?

Pobiner: It is hard to know exactly why many species are on the verge of extinction now, let alone species in the deep past that are already gone. However, we can assume some of the same basic ecological processes driving animals to extinction today are part of the puzzle. In the case of Neanderthals, we think competition and changes to their habitat due to climate change were two of the main factors.

Neanderthals were fairly specialized to hunt large, Ice Age animals. But sometimes being specialized isn’t such a good strategy. When climates changed and some of those animals went extinct, the Neanderthals may have been more vulnerable to starvation. 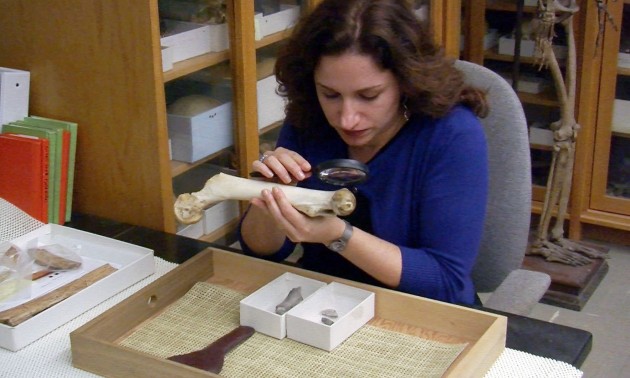 Briana Pobiner studies the bones of many different species of early humans, including Neanderthals, as part of the Smithsonian’s Human Origins Program. (Smithsonian photo)

We also think Homo sapiens had a competitive edge over Neanderthals. There is evidence that early Homo sapiens had long-distance trade networks, possibly buffering them against times of climate change when their preferred foods were not available; Neanderthals did not.

Neanderthals had physical features that helped them survive cold climates, like large noses to humidify and warm dry, cold air and short, stout bodies to conserve heat, but early Homo sapiens had technology that Neanderthals didn’t, including sewing needles to make clothing, important during the colder periods of the Ice Ages. Homo sapiens also had innovative tools like bows and arrows and seemed to have a more diverse diet than Neanderthals.

We don’t have evidence of direct combat between the two species, but we know they interacted, because they interbred. Some would say Neanderthals didn’t go extinct, because everyone alive today whose ancestry is from outside of Africa (where Neanderthals never lived) carries a little bit of Neanderthal DNA in their genes.