Batteries power virtually every aspect of modern life. So small, so portable, and so easy to forget—but how many times have you simply started your car, or cursed your dying phone because you forgot your charging cable?

Here’s a shocker: Batteries have been around for more than 200 years. The development of these now-ubiquitous power-storing cells in the early 1800s energized American life and culture. Today, battery innovation is pushing boldly ahead.

Even after two centuries, battery producers face the same problems: improving charging times and reducing weight while prolonging lifespan, all while driving down production costs.

“The importance of a source of steady current to the development of electrical technology cannot be overstated,” said Harold Wallace, associate curator of the Electricity Collections at the Smithsonian’s National Museum of American History. “It’s hard to think of another technology as foundational as the battery for how we live today.”

Here are five revolutionary batteries in the Smithsonian’s collection that once changed—and charged—the world. 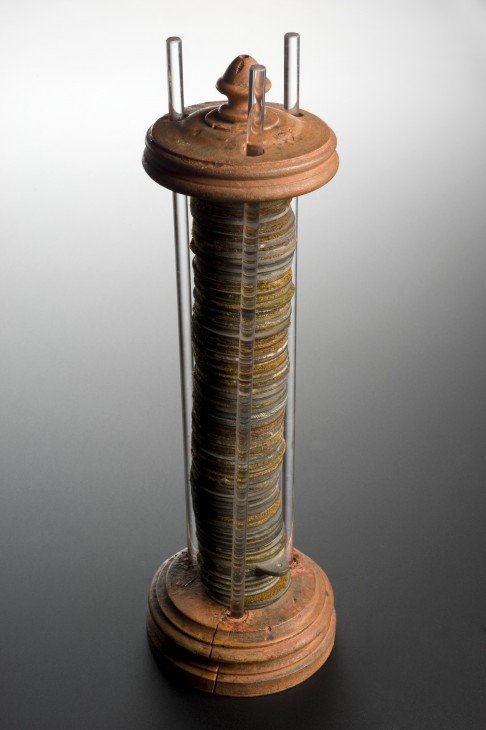 First described in 1800 by Alessandro Volta (1745-1827), a voltaic pile consists of a series of zinc and cooper discs separated by conducting cards. Volta invented the first constant-current battery, with moistened pieces of felt between alternating discs of nickel and zinc. He used copper in later designs, which he found delivered a stronger electrical flow. (Credit: Wellcome Images, Wikimedia Commons)

It was a twitching frog leg that jolted Alessandro Volta into building the world’s first battery. After experimenting to determine what caused movement during Luigi Galvani’s dissection of the animal with an iron scalpel a decade earlier, Volta proved the “animal electricity” had actually been caused by the contact of two differing metals with a moist surface. Though electron flow wouldn’t be understood until much later, Volta’s pile of nickel and zinc discs separated by saltwater-soaked pads delivered a constant current through a circuit. His invention was the basis of the majority of battery-based power throughout the 19th century, and also led directly to the evolution of the fuel cell. 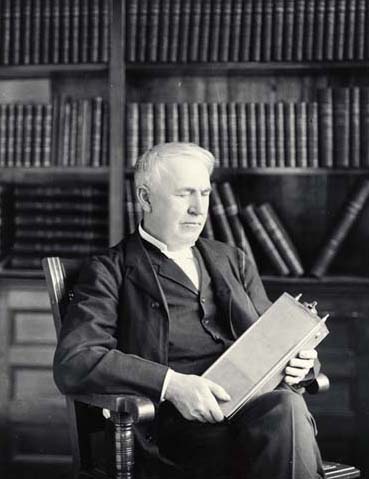 Thomas Edison holds one of his rechargeable nickel-iron batteries. Frustrated by design flaws that led to a 5-year recall and redesign, Edison wrote in a letter to his wife that he hoped “there will be no batteries in heaven.” (Photo: Wikimedia Commons)

As he often did when hunting for new business ideas, Thomas Edison took a different approach in a crowded battery market. Like Elon Musk today, Edison faced the problem of creating a rechargeable battery that was inexpensive to produce, charged quickly and had a long lifespan.  Rather than go with the then-commonly used acid-based electrolytes, Edison used an alkali electrolyte. Despite a recall and redesign that took five years, Edison’s batteries were ultimately a commercial success, used in early electric vehicles like the Baker Electric and the Detroit Electric. 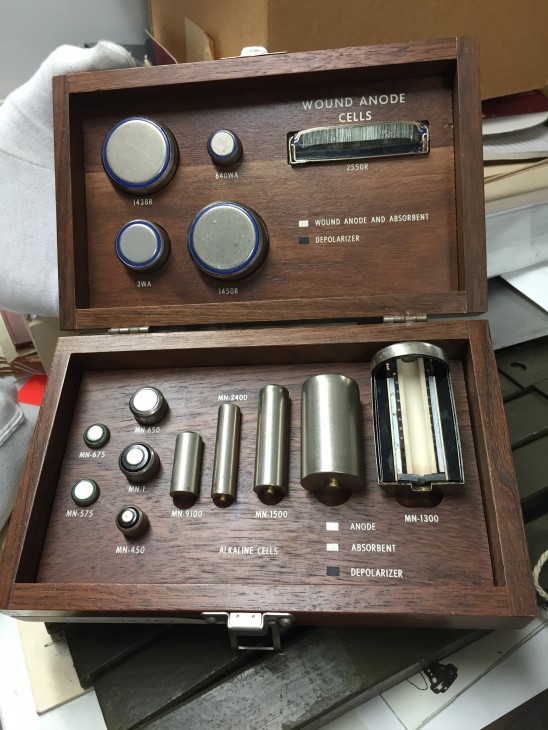 Where would watches, hearing aids and kids’ toys be without the button battery? In 1942, Samuel Ruben invented this small, sturdy battery for the military, which wanted a more durable power source than the carbon-zinc batteries used in flashlights, metal detectors and handheld walkie-talkie radios. Ruben filled the compact casing with mercury as an electrolyte to create one of the first very small, shelf-stable batteries of the 20th century. Today’s batteries use zinc or lithium instead of toxic mercury. 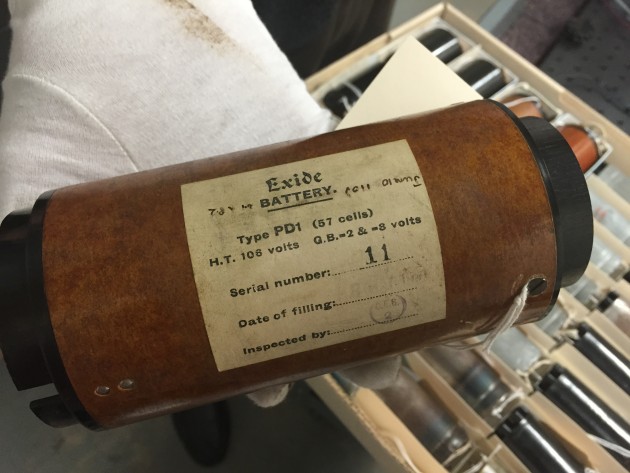 The batteries designed to power proximity fuzes’ short-wave radars were only activated once the shell had been fired, and were instrumental in helping the Allies to victory in World War II. (Photo: Michelle Z. Donahue)

Out of fear that German engineers might reverse-engineer its technology, the proximity fuze was shrouded in nuclear-level secrecy during the early years of World War II. The military had developed a tiny short-range radar to mount in the nose cone of a ballistic shell, which detonated as it approached its target. But the radar needed an equally small, strong power source that could also sit for a long time without corroding. National Carbon (later Energizer), Excel and Burgess all helped create batteries that activated only after the shell was fired, distributing its liquid electrolyte between slim wafers of carbon and zinc to power the radar as the bomb spun towards its target. 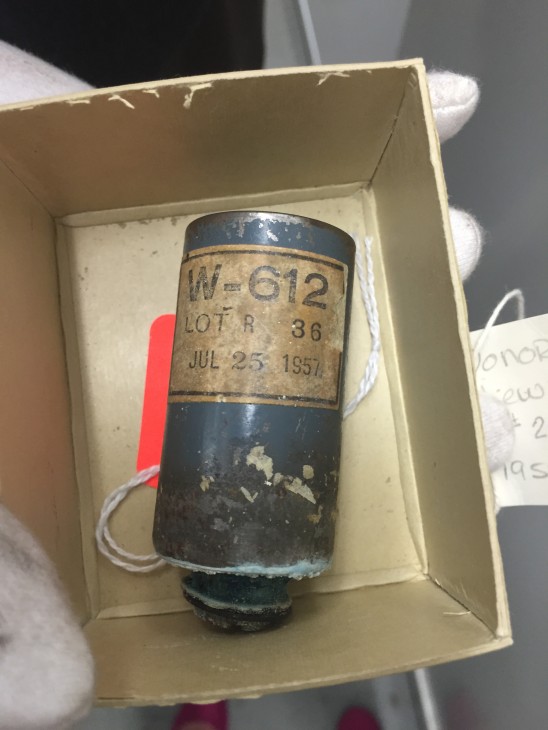 This is the original prototype of what would evolve to become the Energizer brand alkaline battery. (Photo: Michelle Z. Donahue)

Things related to electricity seem inevitably to circle back to Edison. That’s what Lewis Urry found in 1957 when he developed the prototype for what would become the battery we still use today: the little alkali-filled cylinder that powers a certain drum-beating bunny. Working out of Union Carbide’s Cleveland office, Urry, a Canadian chemical engineer, researched Edison’s use of zinc in his alkaline battery. Testing powdered zinc as his electrolyte, Urry’s battery powered a toy car for far longer than anyone expected. Since 1980, when it was introduced to the commercial market, the alkaline battery has kept us going, and going, and…

“From a museum standpoint, batteries are inherently self-destructive,” Wallace says. All batteries tend to eventually leak and corrode, he adds, making them one of the American History Museum’s most challenging objects to store and maintain. Many, like a National Carbon Company B-cell battery used to power radios in the early 20th century, must be kept in individual zip-top bags or in wooden boxes.