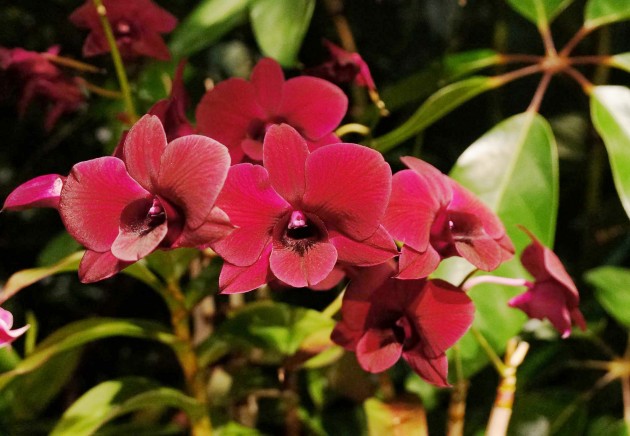 Why do we love orchids so much? Tom Mirenda, Smithsonian Gardens orchid collection specialist, believes it is partly because orchids seem to look back at us with symmetrical faces.

Mirenda is curator of “Orchids: Interlocking Science and Beauty,” an exhibit at Smithsonian’s National Museum of Natural History that features living orchids from the collections of the Smithsonian and the U.S. Botanic Garden.

Orchids are inextricably linked with the tropical, though what most people may not realize is that they grow nearly everywhere on Earth—in cold and warm climates, both high in the jungle canopy and hidden beneath leaf litter in a temperate forest or on a wet grassy area near your home.

Many species are critically endangered, though new discoveries on how orchids live, love and die are giving fresh hope to conserving some of the rarest and most enchanting plants on earth. A new collaborative effort, the North American Orchid Conservation Center, aims to collect, catalog and propagate native orchid species from every region of the continent for research and restoration.

Here are a few bizarre facts about orchids that may surprise you: 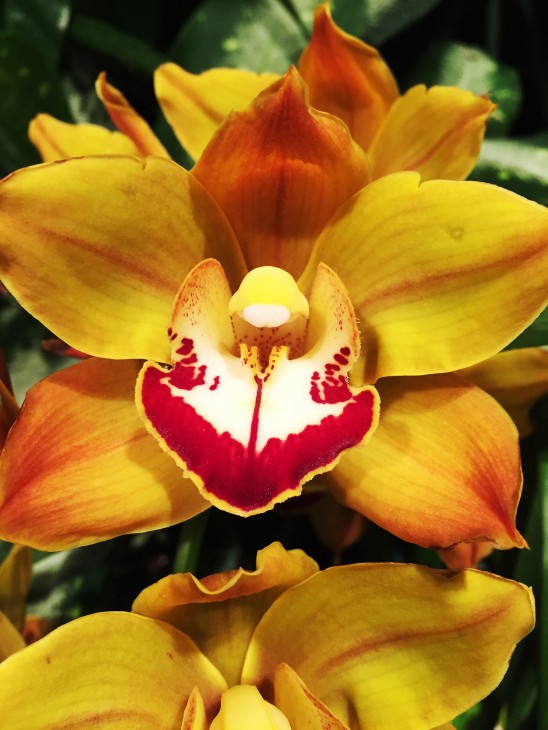 Despite some species’ extreme rarity, orchids constitute around 10 percent of all plant species on the planet. Scientists know of over 25,000 species of wild orchids, and nearly 10 times that number of hybrid varieties. Hundreds of new wild species are discovered every year, Mirenda says , but sometimes only because their habitats are being plundered in the process.

2. Vanilla is an orchid. 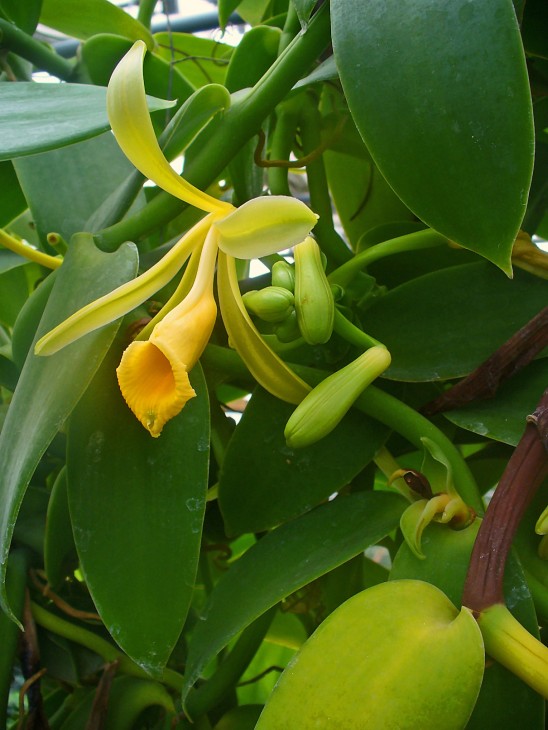 Yep, it’s a card-carrying member of the orchid family. Two orchid species, Vanilla planifolia and the Tahiti-grown hybrid V. x tahitensis, are used for the familiar flavoring. In fact, those little brown flecks in your vanilla bean ice cream are vanilla orchid seeds.

3. Orchids pull pranks on their friends. 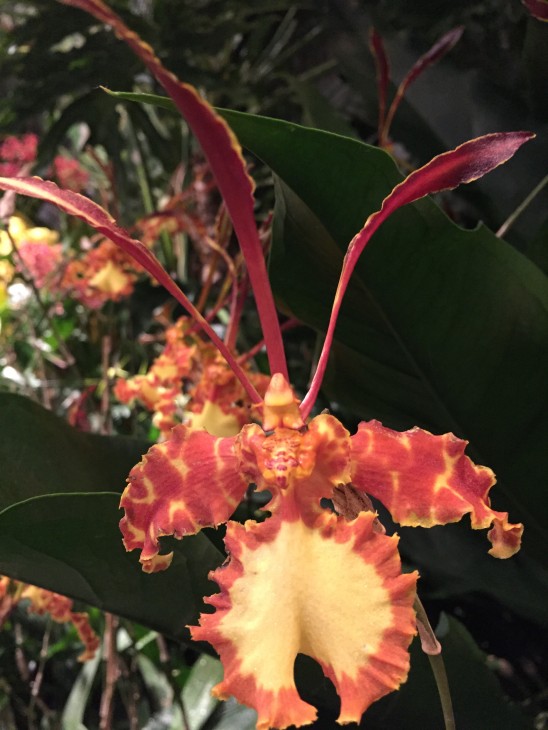 Orchids are unmatched in their ability to mimic other things in their environment, with the sole goal of coaxing helpers into spreading their pollen. Inside their bag of tricks: sporting flowers that appear to be a female pollinating insect to lure male insects to “mate” with the flower; or promising non-existent nectar to a foraging bee, which then flies off in disappointment only to be tricked again a few yards away; and producing a female pheromone that entices an unsuspecting insect to visit, resulting in pollination of the orchid. Many orchid species require a visit from a specific pollinator, and have evolved highly specific mimicry tactics to accomplish this feat.

4. Some orchids have value as medicines. 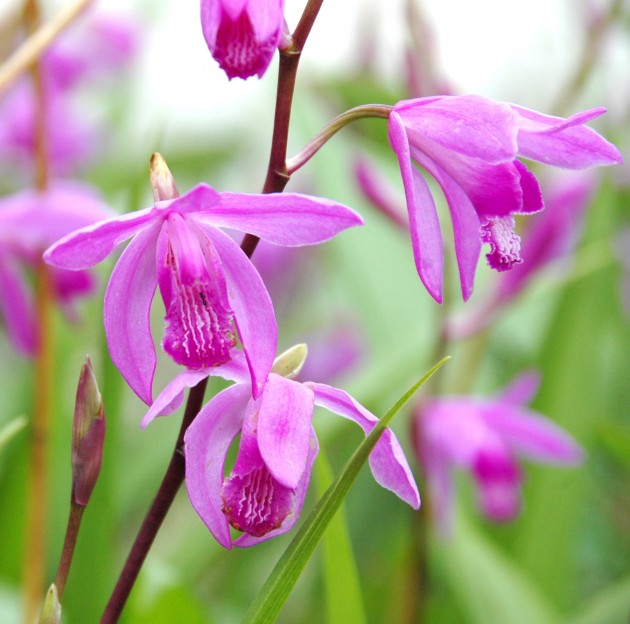 Traditional Chinese medicine uses dozens of native Chinese orchid species in preparations to treat a range of maladies. The orchid Dendrobium catenatum, for example, is used in teas and soups as a tonic to protect singers’ voices, and is also believed to help prevent cancer and boost the immune system.  The popularity of orchids in traditional medicinal preparations has resulted in a drastic decline of many native Asian orchids. 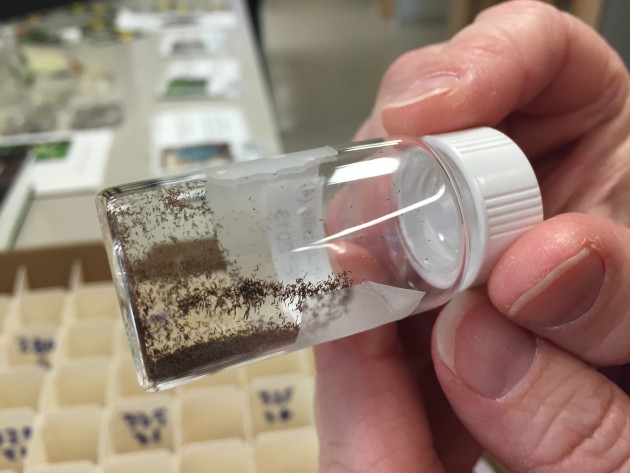 The dust-like seeds of the U.S. native showy orchid, “Galearis spectabilis,” from the collections of the Smithsonian Environmental Research Center. (Photo by Michelle Z. Donahue)

Orchid seeds are tiny—so small that they can’t germinate or grow without the help of a special type of mycorrhizal fungus. Each type of orchid needs particular fungi to germinate; the microscopic seedlings allow the fungus to grow into some of their root cells, where they digest it. Orchids may rely solely on this fungal nutrition source for years before they grow large enough to photosynthesize;  some orchids never produce green leaves and live off their fungi for their entire lives.

Scientists still know very little about this relationship. North America’s largest collection of orchid mycorrhizal fungi—500 cultures—is housed at the Smithsonian Environmental Research Center in Edgewater, Md. Researchers there plan to expand this fungus bank to include as many varieties as possible.

Orchids and Fungus: A Conservation Connection