One hundred years after the extinction of the passenger pigeon, the nation’s top bird science and conservation groups have come together to publish The State of the Birds 2014—the most comprehensive review of long-term trend data for U.S. birds ever conducted. The authors call the results unsettling. The report finds bird populations declining across several key habitats, and it includes a “watch list” of bird species in need of immediate conservation help. The report also reveals, however, that in areas where a strong conservation investment has been made, bird populations are recovering. The full report can be found at stateofthebirds.org.

The State of the Birds 2014 is authored by the U.S. Committee of the North American Bird Conservation Initiative—a 23-member partnership of government agencies and organizations dedicated to advancing bird conservation. The report is based on extensive reviews of population data from long-term monitoring. It looks to birds as indicators of ecosystem health by examining population trends of species dependent on one of seven habitats: grasslands, forests, wetlands, ocean, aridlands, islands and coasts. This year’s report is also a five-year check-in on the indicators presented in the inaugural 2009 The State of the Birds report. 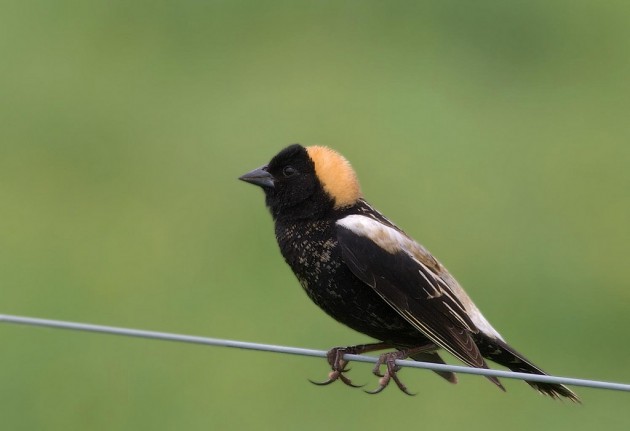 After examining the population trends of birds in desert, sagebrush and chaparral habitats of the West, the report’s authors identify aridlands as the habitat with the steepest population declines in the nation. There has been a 46 percent loss of these birds since 1968 in states such as Utah, Arizona and New Mexico. Habitat loss and fragmentation due to development are the largest threats. These are also significant threats in the nation’s grasslands, where the report notes a decline in breeding birds, like the eastern meadowlark and the bobolink, of nearly 40 percent since 1968. That decline, however, has leveled off since 1990—a result of the significant investments in grassland bird conservation.

“This report highlights the threats that birds face, but it also offers hope for their future if we act together,” said Wayne Clough, Secretary of the Smithsonian Institution. “I am gratified that the Smithsonian contributed to this important effort, which shows that collaboration among agencies and organizations can yield valuable insights into difficult challenges.” 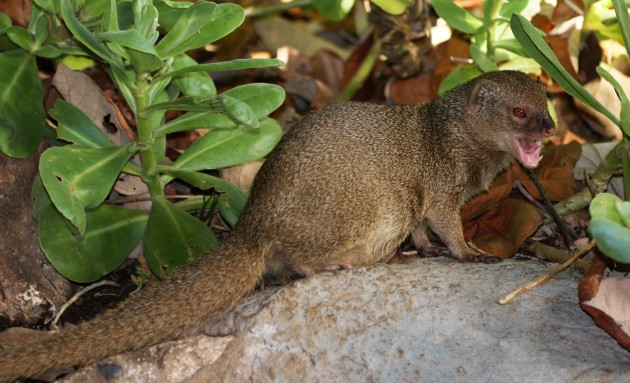 Feral mongoose on the island of O’ahu, Hawaii. (Photo by J.N. Stuart)

While habitat loss and fragmentation are the most consistent and widespread threats across habitats, they are closely followed on the list by invasive species. Introduced species have a particularly strong impact on islands where native birds have a greater restriction in where they can live. In Hawaii, introduced animals such as mongoose, rats and domestic cats serve as unnatural predators and take a huge toll on native species, while grazing livestock degrade habitat. One-third of all U.S. federally endangered birds are Hawaiian species.

However, as with many grassland birds, species in several other key habitats have benefited from targeted conservation. In general, shorebirds along the coasts are squeezed into shrinking strips of habitat due to development. But among the 49 coastal species examined, there has been a steady rise in population of 28 percent since 1968—a direct result of the establishment of 160 national coastal wildlife refuges and nearly 600,000 acres of national seashore in 10 states. 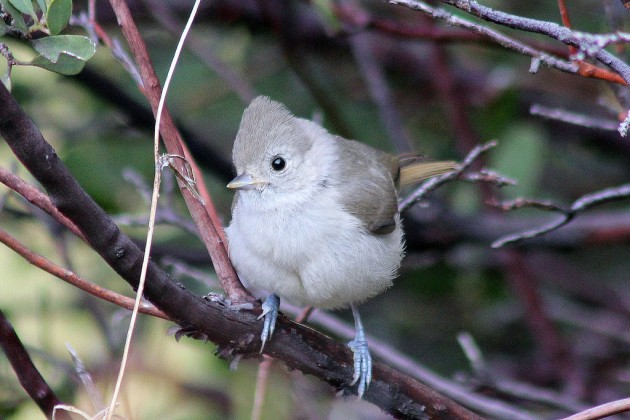 The creation and preservation of large swaths of forests through public-private partnerships in the Appalachian Mountains and the Northwest has helped declining forest-dependent species such as the golden-winged warbler and the oak titmouse. Efforts like this are essential, as forest-dependent birds have declined nearly 20 percent in the western U.S. since 1968 and 32 percent in the east.

Wetlands are one of the habitats to benefit most from conservation. The North American Wetlands Conservation Act has enabled strategic conservation projects covering a collective area larger than Tennessee. While wetland loss continues in some regions, the Act has helped protect and restore wetlands through public-private partnerships across the United States, thereby reversing declines in waterfowl populations such as the mallard and blue-winged teal. 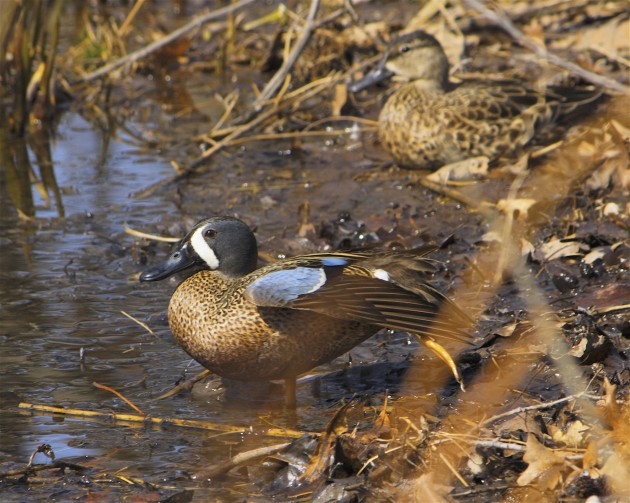 In addition to assessing population trends in the seven key habitats, the North American Bird Conservation Initiative members created a The State of the Birds Watch List. The 230 species on the list are currently endangered or at risk of becoming endangered without significant conservation. Forty-two of them are pelagic (open ocean) species. Birds like the Laysan’s albatross and black-footed albatross are facing increasing levels of oil contamination, plastic pollution and greatly reduced amounts of prey fish due to commercial fishing operations. Rising sea levels due to climate change also put their low-elevation breeding habitats in the Hawaiian and Marshall islands at risk of flooding.

More than half of all U.S. shorebird species are on the Watch List, including the piping plover, long-billed curlew and red knot. Loss of habitat and uncontrolled harvesting in the South America and Caribbean are some of their biggest threats. 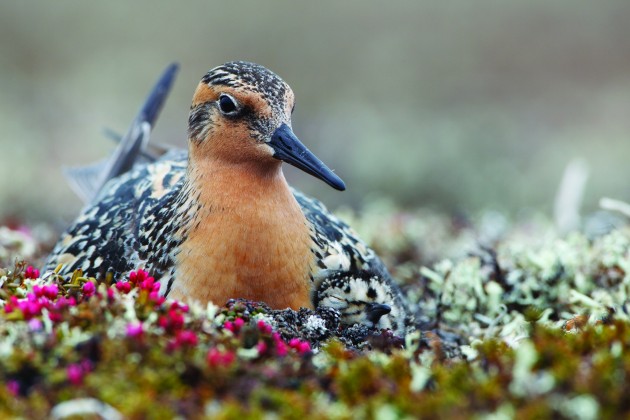 One of the more dire groups on the Watch List is made up of the 33 Hawaiian forest species, 23 of which are listed as federally endangered. The report’s authors have deemed Hawaii the “bird extinction capital of the world”—no place has had more extinctions since human settlement. They point to proactive, partner-driven conservation as the best way to recover endangered birds and keep other species off the Endangered Species List, not only in Hawaii but in all key habitats.

Another group on the Watch List will require international cooperation: neotropical migrants. These species that breed in North America but migrate south of the U.S. border in winter hold 30 spots on the Watch List. Species like the Bicknell’s thrush, a bird that breeds in the mountains in the Northeast, faces rapid deforestation of its already limited wintering grounds on the island of Hispaniola. A positive precedent, however, lies with the cerulean warbler, a species that breeds in forests of the eastern U.S. and winters in the tropics. While its numbers are still declining, it has benefited by international collaborations to not only create healthy breeding habitat in the U.S., but good wintering habitat in Colombian coffee-growing landscapes. 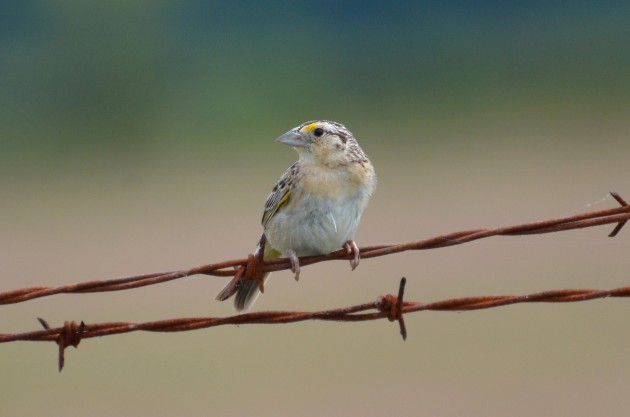 The passenger pigeon, once numbering in the billions, is a strong reminder that even species considered common can become extinct without careful attention, as it did Sept. 1, 1914. Another focus for The State of the Birds 2014 is the importance of keeping common birds common. The report identifies 33 species, like the northern bobwhite quail, grasshopper sparrow and bank swallow, that do not meet the Watch List criteria but are declining rapidly in many areas. These birds have lost more than half their global population, and the 33 species combined have lost hundreds of millions of breeding individuals in just the past 40 years.

The report points, once again, to conservation as the most valuable solution to stopping these species from joining the Watch List. Addressing the conservation needs of these birds will result in healthier, more productive land and water for other wildlife, as well as for people.

The strongest finding in The State of the Birds 2014 is simple: conservation works. Ducks fly once again in great numbers up the Mississippi River and across the Chesapeake Bay. California condors are rebounding from just 22 birds to more than 200 today. Bald eagles, brown pelicans, peregrine falcons—all species once headed the way of the passenger pigeon—are now abundant. To prevent future extinctions like the passenger pigeon, the report’s authors point to science, technology and knowledge as the foundation of proactive partner-driven conservation.

The State of the Birds: Four critical habitats (videos)