Humanity is on the threshold of being able to detect signs of alien life on other worlds. By studying exoplanet atmospheres, we can look for gases like oxygen and methane that only coexist if replenished by life. But those gases come from simple life forms like microbes. What about advanced civilizations? Would they leave any detectable signs? 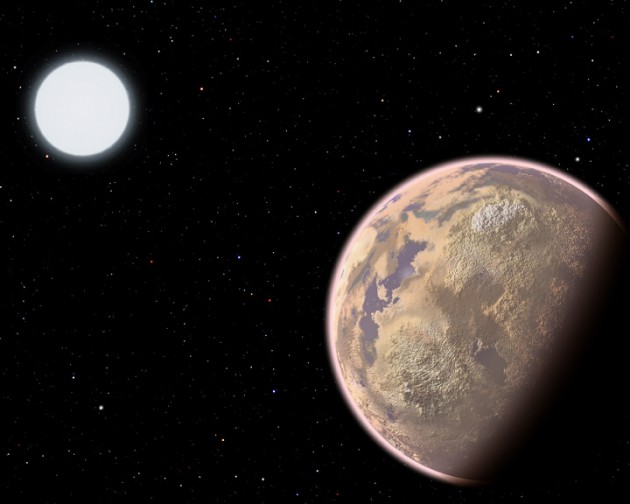 They might, if they spew industrial pollution into the atmosphere. New research by theorists at the Harvard-Smithsonian Center for Astrophysics (CfA) shows that we could spot the fingerprints of certain pollutants under ideal conditions. This would offer a new approach in the search for extraterrestrial intelligence (SETI).

“People often refer to ETs as ‘little green men,’ but the ETs detectable by this method should not be labeled ‘green’ since they are environmentally unfriendly,” adds Harvard co-author Avi Loeb.

The team, which also includes Smithsonian scientist Gonzalo Gonzalez Abad, finds that the upcoming James Webb Space Telescope (JWST) should be able to detect two kinds of chlorofluorocarbons (CFCs) — ozone-destroying chemicals used in solvents and aerosols. They calculated that JWST could tease out the signal of CFCs if atmospheric levels were 10 times those on Earth. A particularly advanced civilization might intentionally pollute the atmosphere to high levels and globally warm a planet that is otherwise too cold for life.

There is one big caveat to this work. JWST can only detect pollutants on an Earth-like planet circling a white dwarf star, which is what remains when a star like our Sun dies. That scenario would maximize the atmospheric signal. Finding pollution on an Earth-like planet orbiting a Sun-like star would require an instrument beyond JWST — a next-next-generation telescope.

The team notes that a white dwarf might be a better place to look for life than previously thought, since recent observations found planets in similar environments. Those planets could have survived the bloating of a dying star during its red giant phase, or have formed from the material shed during the star’s death throes.

While searching for CFCs could ferret out an existing alien civilization, it also could detect the remnants of a civilization that annihilated itself. Some pollutants last for 50,000 years in Earth’s atmosphere while others last only 10 years. Detecting molecules from the long-lived category but none in the short-lived category would show that the sources are gone.

“In that case, we could speculate that the aliens wised up and cleaned up their act. Or in a darker scenario, it would serve as a warning sign of the dangers of not being good stewards of our own planet,” says Loeb.

This work has been accepted for publication in The Astrophysical Journal and is available online at http://arxiv.org/abs/1406.3025.