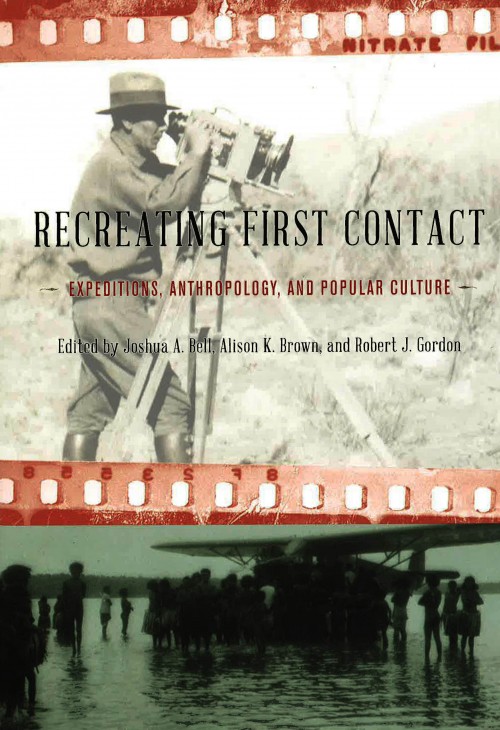 Between the world wars of the early Twentieth Century, an age of adventure travel and cultural exploration flourished when newly developed transport and recording technologies–particularly airplanes, automobiles and small, portable still and motion picture cameras–allowed travelers to document “untouched” places of the globe and bring them home to eager audiences. Expeditions were frequently presented as first contact encounters, and they enchanted popular imagination.

Recreating First Contact traces the complex relationships among adventure travel, anthropology and cinematic imagination that grew out of these expeditions and the resulting articles, books, films, exhibitions and lecture tours, all of which fed into pre-existing stereotypes about “exotic” cultures–and helped create them anew in popular Western culture of the 1920s and 1930s.

Through lenses of cinema, anthropology and cultural history, the essays in this book from Smithsonian Institution Scholarly Press provide nuanced international perspectives on how expeditions became a global phenomenon. (To order click the photo at left.)