March is Women’s History Month and to honor it Smithsonianscience.com presents six images of women scientists selected from the Smithsonian Institution Archvies’s Flicker photoset Women in Science. This online database features photos documenting women scientists and engineers from around the world, most of whom were pioneers in their respective fields, or were the first women to receive advanced graduate degrees in their discipline. 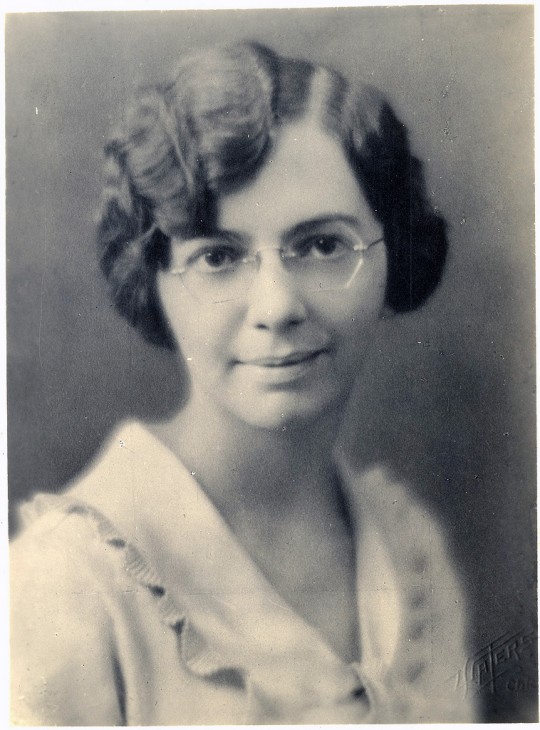 Biochemist Florence Barbara Seibert (1897-1991) developed the skin test for tuberculosis. She worked as a chemist during World War I and then went to Yale University, where she earned a Ph.D. and made important discoveries about the ability of some bacteria to survive distillation techniques and  contaminate intravenous injections. During the 1930s, she taught at the University of Pennsylvania and developed the tuberculosis skin reaction test, which became the world standard by 1941. In 1942, she received the American Chemical Society’s Francis P. Garvan Gold Medal for development of a pure tuberculin, which made reliable skin tests possible. 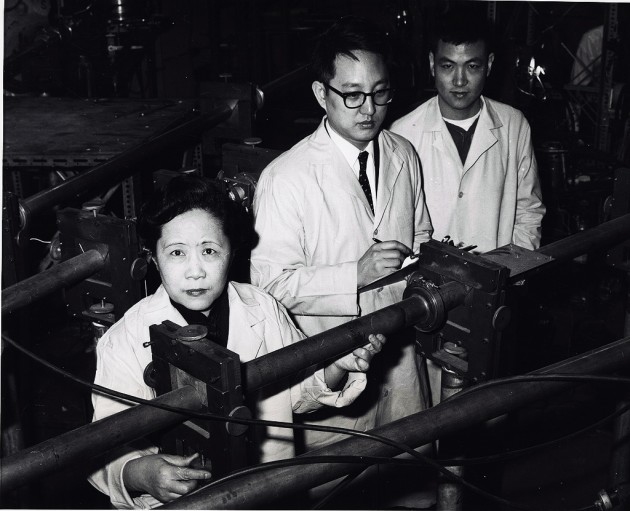 In 1963, Chien-shiung Wu (1912-1997), professor of physics at Columbia University, was already considered one of the world’s foremost experimental physicists.  During experiments at Columbia University physicists (left to right) Chien-shiung Wu, Y.K. Lee, and L.W. Mo confirmed the theory of conservation of vector current. In their experiments proton beams from Columbia’s Van de Graaff accelerator were transmitted through pipes to strike a 2 mm. boron target at the entrance to a spectrometer chamber. Her team’s experiments confirmed the theory of sub-atomic behavior known as “weak interaction.” 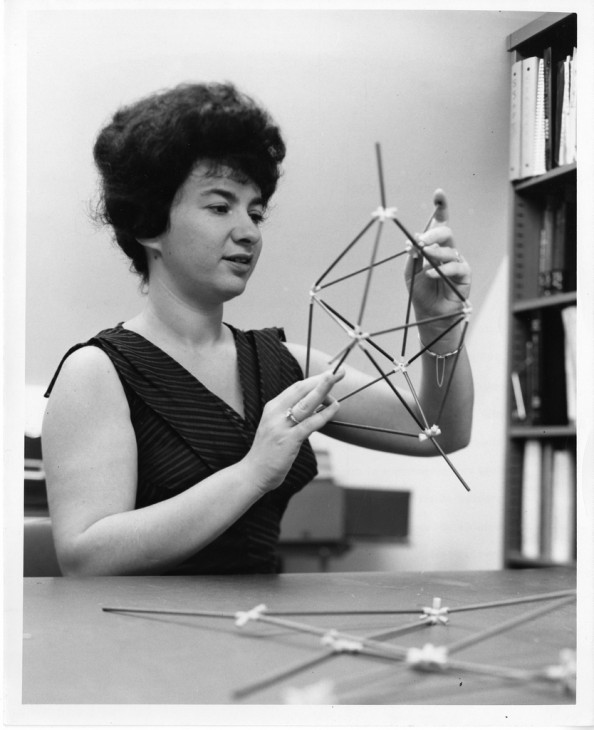 Joyce Jacobson Kaufman (b. 1929). is a Jewish American chemist educated at Johns Hopkins University. In 1972 Kaufman introduced the concept of conformational topology and applied it to biomedical molecules. Kaufman also published a landmark paper in 1980 in which she described a new theoretical method for coding and retrieving certain carcinogenic hydrocarbons. Her research has lead to  groundbreaking work in pharmacology, drug design, quantum chemistry, and chemical physics of energetic compounds such as explosives and rocket fuels. She also is author of a novel strategy for the computer prediction of toxicology and drug reactions. 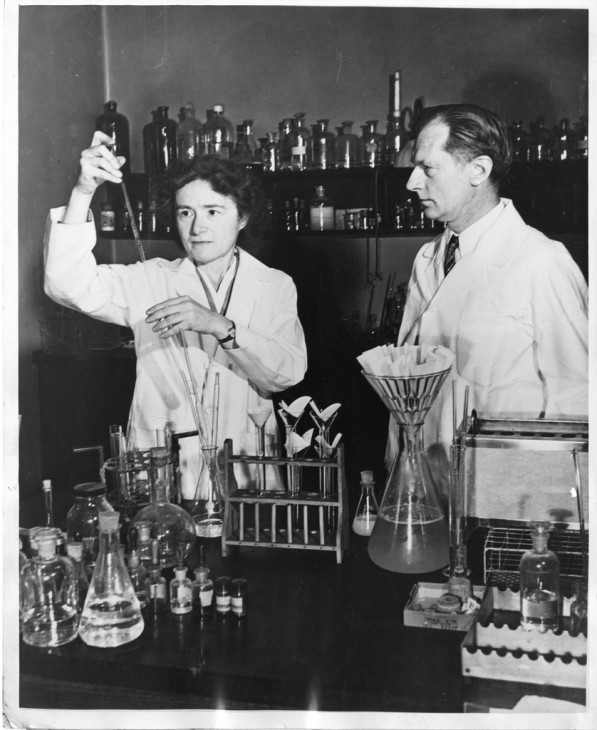 Dr. Gerty Theresa Radnitz Cori was the first American woman to receive the Nobel Prize for Medicine and Physiology, in 1947, which she shared with her husband Dr. Carl F. Cori, and Dr. B.A. Houssay of Argentina. They were recognized for the discovery of the mechanism by which glycogen—a derivative of glucose—is broken down in muscle tissue into lactic acid and then resynthesized in the body and stored as a source of energy (known as the Cori cycle). 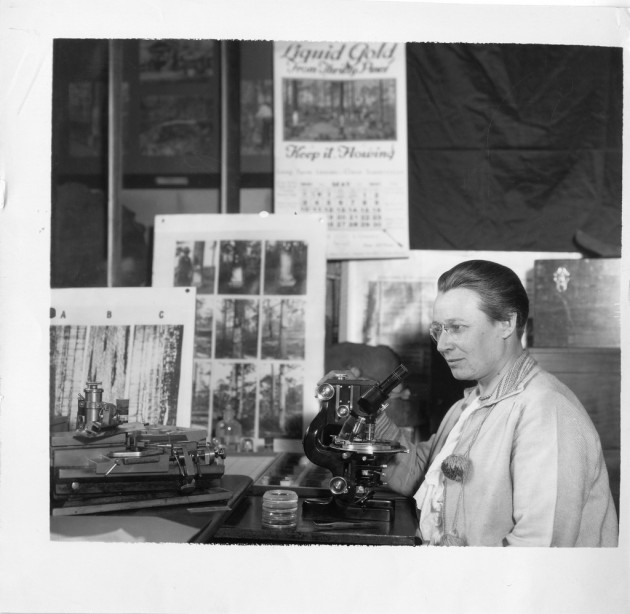 By the 1920s, Eloise Gerry (1885-1970) was considered one of the foremost investigators in wood technology in America and one of few female scientists specializing in research on lumbering, wood utilization, and the turpentining process. After earning a Ph.D. from the University of Wisconsin, she spent 44 years at the U.S. Forest Service’s Forest Products Research Laboratory in Madison. She is regarded as the Forest Service’s first woman scientist. 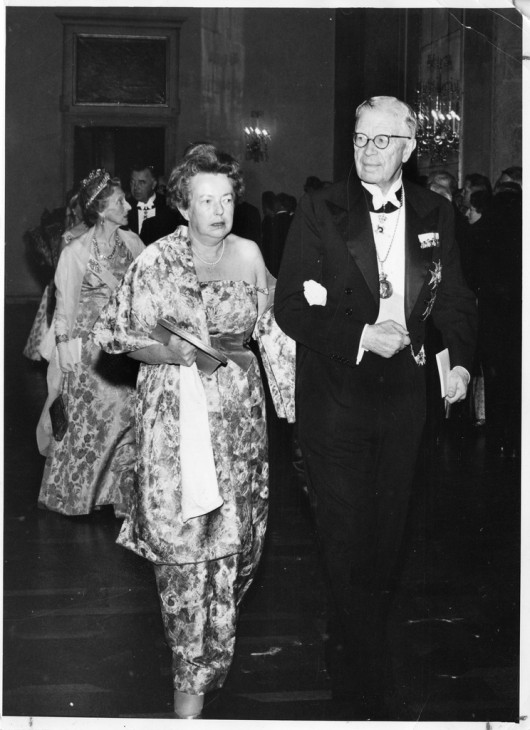 Maria Goeppert-Mayer (1906-1972) was a German-born American theoretical physicist, whose theories explained why certain numbers of nucleons in an atomic nucleus result in particularly stable configurations. She postulated that the nucleus is a series of closed shells, and pairs of neutrons and protons tend to couple together in what is called spin orbit coupling. This photo was taken in 1963, as Goeppert-Mayer was being escorted by King Gustav Adolf of Sweden to a banquet following the ceremony during which she received the Nobel Prize in physics for development of the model of atomic nuclei.