Two new mosquito species discovered in Eocene deposits from northwestern Montana reveal just how remarkably little these parasites have changed in the last 46 million years. Found in well preserved shale deposits the new fossils are so detailed that scientists were able to determine they represent two previously unknown species. 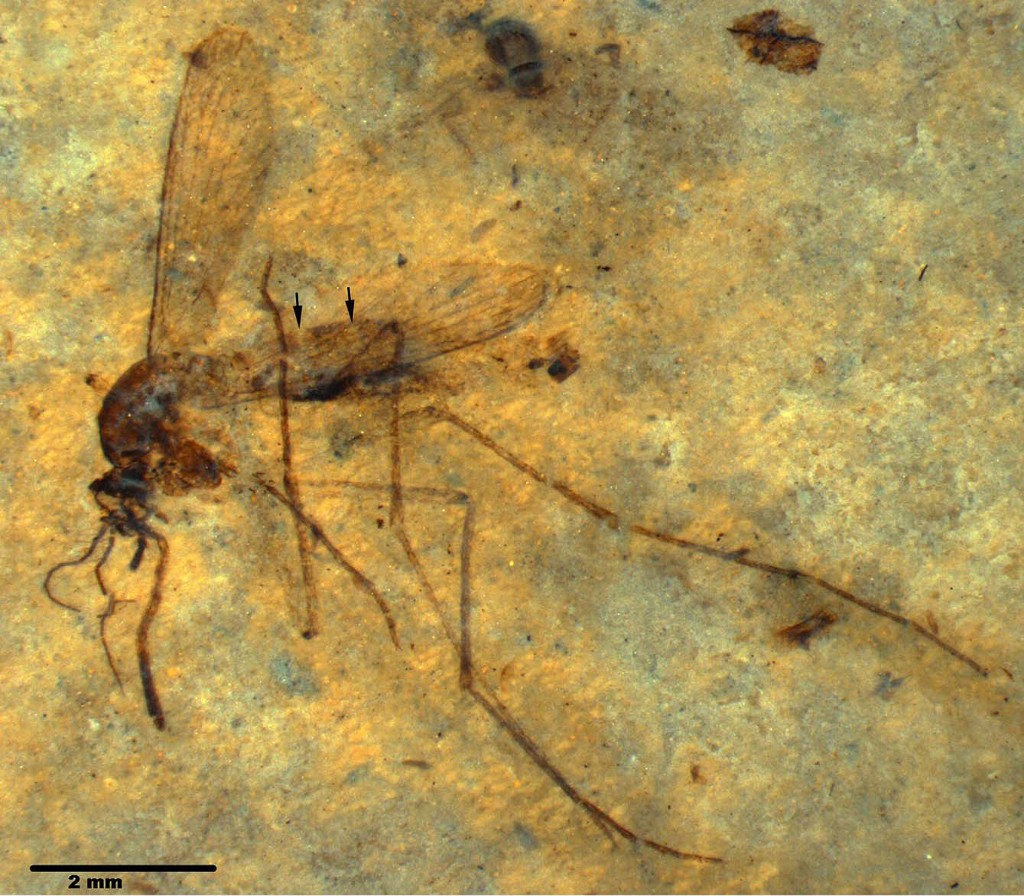 The remarkably detailed fossil of a female Culiseta lemniscata mosquito from the Eocene.

The fossils are not insects trapped in amber but compression fossils made of shale, explains Dale Greenwalt, a volunteer at the Smithsonian’s National Museum of Natural History, and co-author of a recent paper on the discovery. 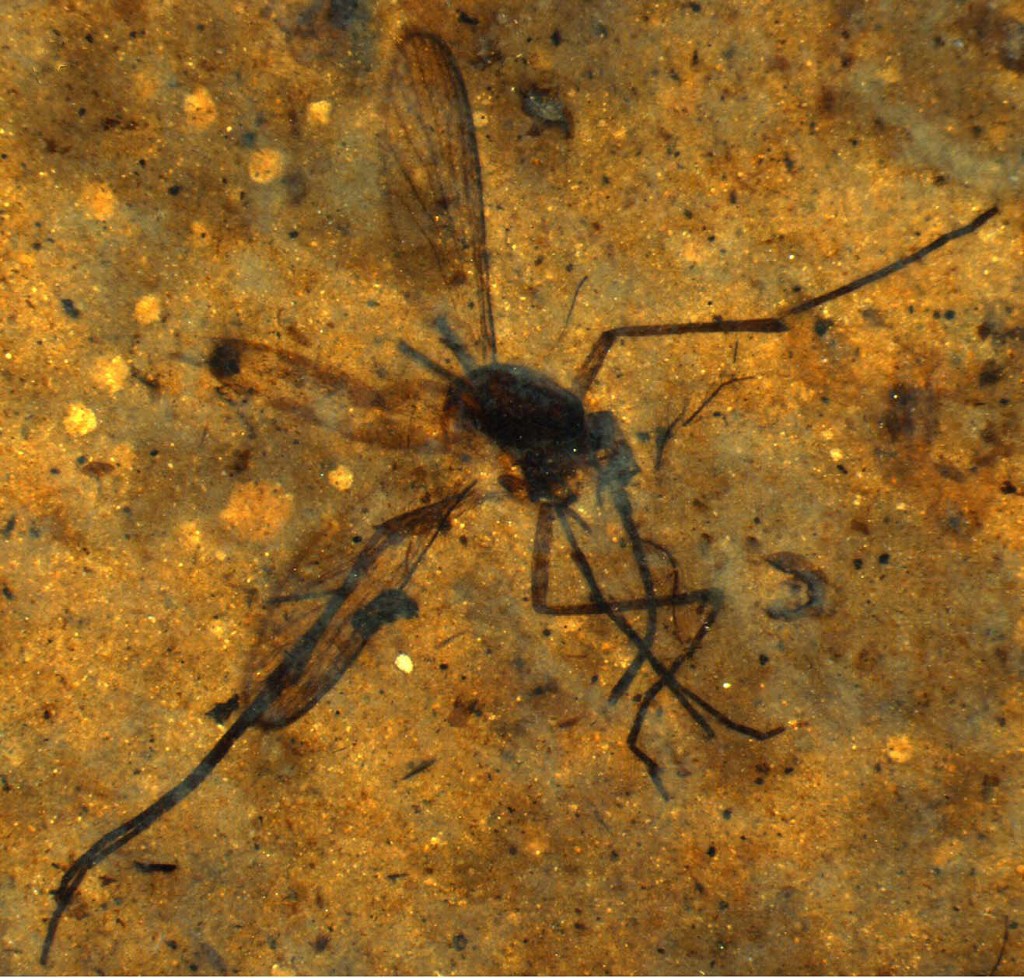 The detailed fossil of a female Culiseta kishenehn mosquito from the Eocene.

The newly named Eocene mosquitoes—Culiseta kishenehn and Culiseta lemniscata—represent just two of perhaps hundreds of mosquito species that have come and gone in the last 45-million years, Greenwalt explains. “The consensus is that one species of insect might be able to make it through one million or two million years, and in the extreme maybe 10 million years. So it is amazing how similar the insects flying around today are to the ones that were flying around 50 million years ago. We can find morphological differences that distinguish specific species, but overall they are extremely similar.”

A male mosquito of the same species.

Equally remarkable is the level of preservation in the Montana fossils, which contain details as intricate as wing veins, sexual organs, scales and hair-like structures on the mosquito wings. “To think that something as fragile as a mosquito would die and settle to the bottom of a body of water and be preserved in rock is extraordinary. It must have been shallow, very calm water with an extremely thin annual sediment layer—something only a few hundred microns thick,” Greenwalt says. The Montana climate was much warmer then—wet subtropical to tropical, he adds.

Greenwalt and his colleagues have been excavating insect fossils from Kishenehn Basin shale in northwestern Montana for a number of years and so far have managed to collect nearly 20,000 fossil insect specimens, he says. “The vast majority are tiny gnats, an insect related to mosquitoes. The next most common is an aquatic bug that once scuttled around on the surface of shallow ponds and swamps,” Greenwalt says. “So far we have 35 fossil mosquitoes. The Kishenehn formation is turning out to have more highly preserved fossil mosquitoes than any other place in the world.” –John Barrat