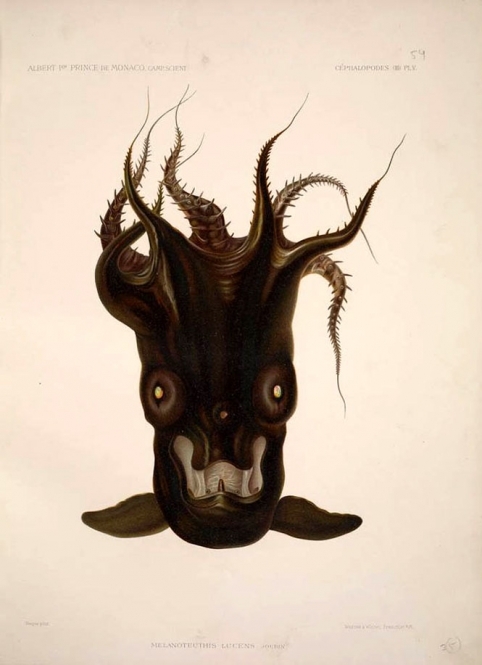 This 1889 scientific illustration of a vampire squid from Smithsonian celebrates Halloween. The squid’s jet-black skin, the caped appearance of the webbing between its arms and eyes that appear red under some light conditions are what give the vampire squid its name. The vampire squid (Vampyroteuthis infernalis) is the single living representative of the cephalopod group known as the Vampyromorpha. It is a small, deep-sea species found at depths of at least 2,000 to 3,000 feet in the temperate and tropical oceans of the world.