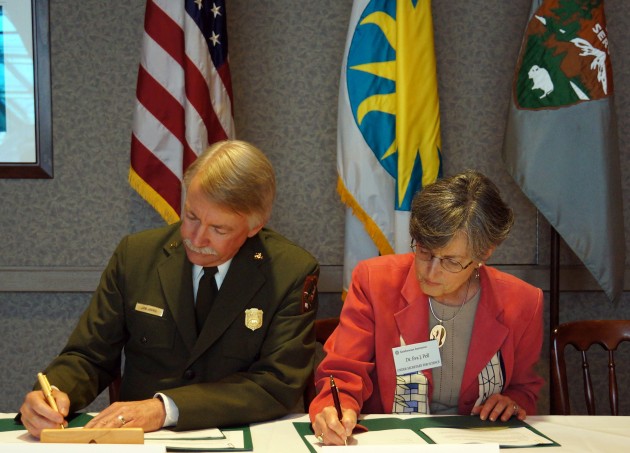 “This agreement benefits science, the American people, and the long-standing and historic relationship between our two organizations,” said Jarvis. “Together we are building a collection that will become an extraordinary tool for the scientific community to study biodiversity, evolution, and the distinctive character of national park ecosystems.”

The Smithsonian echoed the significance of the new agreement. “Two venerable institutions long known for protecting the nation’s heritage, are now working together to enhance care and access to specimens that document the natural environment of our national parks,” said Eva Pell, under secretary for science at the Smithsonian.

Examples of National Park Service collections that the Smithsonian could curate under the new agreement are: