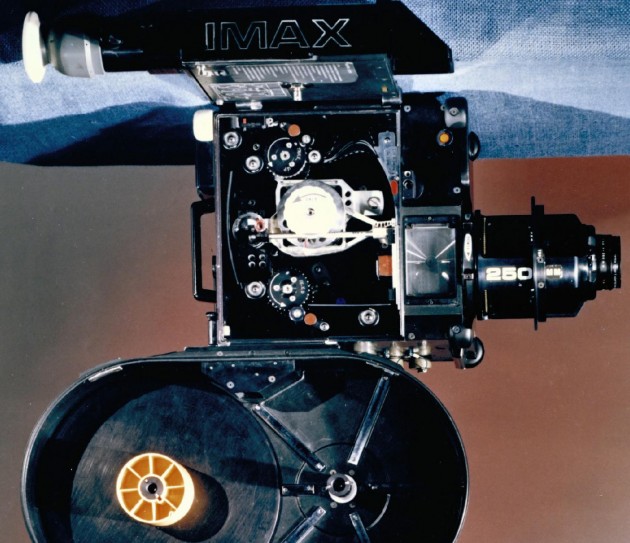 Two IMAX cameras were recently donated to the Smithsonian’s National Air and Space Museum by NASA. From 1984 to 1998, the two-dimensional IMAX cameras traveled to space with NASA astronauts on 17 different space shuttle missions. A series of six giant-screen films were produced as a result of footage obtained on the missions, including “The Dream is Alive,” “Blue Planet,” and “Mission to Mir.” This 1983 photo shows the IMAX camera, before its first mission, STS 41-C.