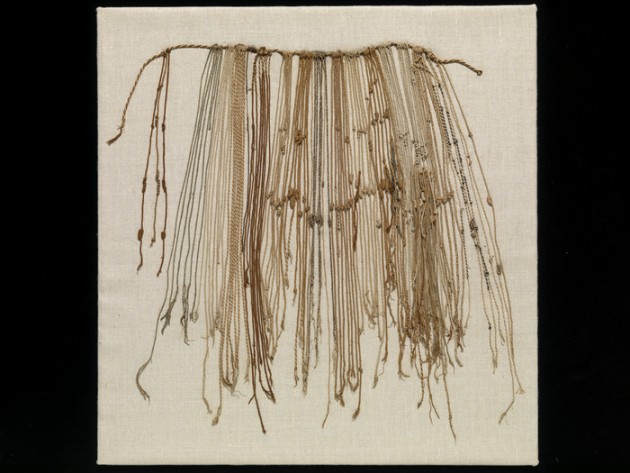 The word quipu comes from the Quechua word for “knot.” A quipu usually consisted of colored, spun and plied thread or strings from llama hair. Historic documents indicate that quipus were used for record keeping and sending messages by runner throughout the empire. The color, knot placement and type of cord are all part of the logical numerical reading of the quipu.

Quipu is very ancient in the Andes, but most of the existing quipu are from the Inka period, approx 1400 – 1532 CE. The Inka Empire stretched from Ecuador through central Chile and was centered on the Andean mountain ranges of Peru.

There are approximately 600 surviving quipu in museums and private collections around the world.

This item is one of 137 million artifacts, works of art and specimens in the Smithsonian’s collection. It is currently on display in the exhibition “Infinity of Nations” at the National Museum of the American Indian, Heye Center in New York City.